Schoolkids “could get night classes” after funding slashed

SCOTTISH pupils may have to attend evening classes if they want to study their favourite subjects. 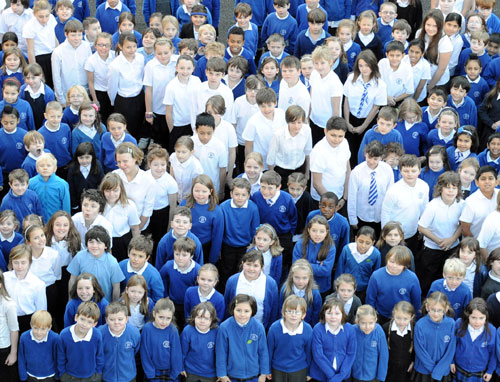 Glasgow Council was among the local authorities which recently signed a government budget deal for 2016/17 – which includes a £350m cut to their funding.

Mr Robertson has warned parliament that as a result of cuts his council is considering having students travel to other schools throughout the day – to pack more into a single class and increase efficiency.

And some specialist subjects may have to be taught as “twilight” courses in order to give time for enough pupils to travel in from surrounding schools to fill a classroom.

The changes would most directly affect students studying Highers and Advanced Highers – the qualifications on which University applications depend.

Ian Robertson gave the warning in comments to the Scottish Parliament’s education committee last week – as it took evidence from councils on school spending.

He said: “The senior phase is a massive area for quite radical reform. Some of that work is in train, some of it is yet to come.

“The [secondary] phase is an expensive component of education”, he went on, “And it can be an inefficient part of the curriculum.”

“We have to sit down with secondary teachers and tell them that, if their raison d’être is to optimise choice for young people, schools cannot be islands, which is how they have been working for years.”

He added: “We are looking at Advanced Higher hubs whereby youngsters can be moved about the city at any point during the day so that we can get a decent cohort of youngsters doing the same subject.

“We will also move some Higher and Advanced Higher programmes, including minority Highers, into twilight activity.”

“Minority” subjects include those such as history, geography and design.

But Larry Flanagan – general secretary of the Education Institute of Scotland (EIS) union – said the idea of teachers working in the evening was “fantastical”.

He added: “Other than in extremis, if we start to create a model of teaching that does not revolve around the pupil-teacher relationship, we are moving away from the essence of what we have been trying to achieve under curriculum for excellence.

And according to Mr Flanagan the idea of pupils moving between schools had been trialled in Strathclyde in the 80s – with terrible results.

He said the trial had left certain “magnet” schools specialising in subjects – whilst other “sink” schools were left behind: “If you had a school that was delivering sciences, people thought, ‘Let’s just go there’, instead of attending their local one.’”

He also said bosses could expect a huge backlash from parents if schools started limiting the number of subjects they offered.

And Jim Thewliss – general secretary of the secondary headteacher’s organisation School Leaders Scotland – said it was “worrying” that the secondary school system was being seen as “inefficient”.

He added: “We’re quite happy to enter into discussions about how you get best value for your money in education but let’s look at it from a learning perspective, as opposed to a saving money perspective.”

Seamus Searson – general secretary of the Scottish Secondary Teachers’ Association (SSTA) – added that it was “unfair” to expect pupils to attend evening classes and questioned who would agree to teach in the evening.

He said: “Moving youngsters from one school to another is something that’s not in anybody’s interest really.”