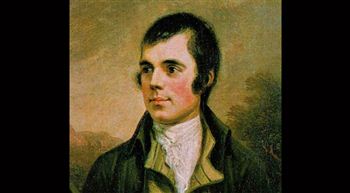 Officials have admitted that the Scots language website has words that have been mixed together and some that do not even exist, such as “wirhameowerdeainsan” and “feckfupairt”.

Michael Hance, director of the Scots Language Centre, said: “It’s clearly not been edited correctly as some words don’t mean anything at all.

“Something has clearly got lost in translation somewhere along the line.”

He added: “It would appear that whoever was commissioned to write it didn’t have the chance to check it before it went online.

“It’s unfortunate because it’s likely that people went onto the site and thought, because they couldn’t make sense of some words, that they didn’t have a proper grasp of Scots. “

One sentence on the government website reads: “Scots is aaroon us in wirhameowerdaeinsan it is a furthie, feckfupairt o Scottish culture the day.”

It is thought to mean: “Scots is around us wherever we go, whatever we are doing, and is a vibrant part of Scottish culture today.”

Ms Cairns said: “I think it’s great that the Scottish government is promoting Scots, but this is “no richt”.

“There’s either been an error with cutting and pasting or no Scots speaker has proof read it once it was put up.

“Quite a few of the words appear to have been run together.”

Scots is officially recognised a language by both the UK and Scottish governments, although it is often mistaken for slang.

In the middle ages, it was seen as a great literary language and was used by Scottish national bard Robert Burns in his poems and songs.

Later, intellectuals stopped using it in their writing and speaking and children were beaten for using it in classrooms as late as the 1970s.

It has many dialects including Glaswegian, Doric, Ayrshire and Shetland.

In the last census, 1.5m people were recorded as regularly speaking it.  Only around another 58,000 speak Gaelic.

A Scottish Government spokesman said: “We recognise the Scots language is an essential part of our distinctive culture and heritage and we take seriously its promotion and preservation. “

He thanked eagle-eyed Scots speakers for bringing what he called “minor formatting errors” to their attention.

He added: “We will correct these as part of a review of these pages at the earliest opportunity.”