IT wasn’t quite one man and his dog but only a select few witnessed Ryan Christie’s first Old Firm winner because it came in an under-20s clash behind closed doors.

And the Celtic kid admits it would be ‘pretty special’ if he could swap that experience for the real thing and star in next month’s Scottish Cup encounter with sworn enemies Rangers.

Christie struck the only goal of the game as the Glasgow pair’s youngsters fought it out at Murray Park last week in front of only around 50 spectators. 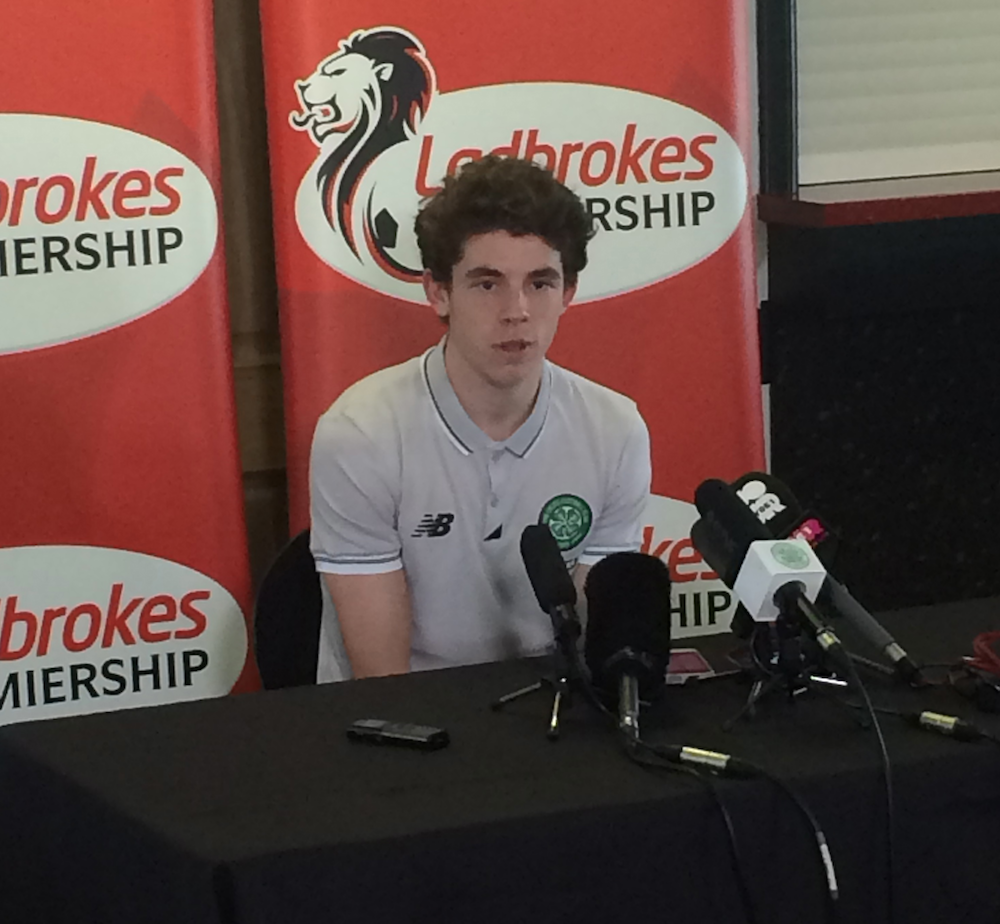 Even then, the 21-year-old claims he could feel the ‘bite’ of the rivalry.

And, after that whetted his appetite, the boyhood Hoops fan insists he is desperate to be involved when the eagerly-awaited Hampden semi-final comes around on April 17.

He said: “Obviously that was a mini-taste of the Old Firm, if you like. It was behind closed doors, there wasn’t any fans or any of that, but there was still a bit of bite in the game.

“There definitely was in the first 10-15 minutes and I think it was good that I built myself up to expect it in the changing room before the game, or else I might have got a wee shock.

“It was two tickets each per player, which was a bit strange in an under-20s match, so there was a maximum of 50 supporters there.

“To be part of an Old FIrm first-team occasion will be pretty special, so I am looking forward to it.

“It would be pretty special. Even as a Celtic supporter growing up, these are the games you watch on TV and dream of being part of. I would imagine it is a pretty special feeling to be on that park.”

Christie has had to cope with going from being one of the first names on the team-sheet at Inverness Caley Thistle to being just one of a raft of midfielders battling for a start.

Having fought back from a knee injury which resulted in Celtic recalling him from a planned season-long loan with his old club, the attacking midfielder is now awaiting the nod from Ronny Deila after four substitute’s appearances.

He is hopeful, though, that his experience in helping Inverness land the Scottish Cup last year can help convince the Parkhead management team that he would be able to cope with the Old Firm clash.

He added: “It is good experience to have from last season. The gaffer knows that if he calls on me I am not going to get thrown in at the deep end – I have had a taste of it before.”

In the meantime, there is the small matter of fending off a title challenge from Aberdeen at the top of the Premiership, starting with the trip to face Patrick Thistle this lunch time.

With the gap to the Dons in second down to just one point, Christie acknowledges the pressure is being heaped on Celtic’s shoulders as they bid to make it five titles in a row.

And the Scotland under-21 cap admits nothing short of victories will do for the Hoops from now on.

He commented: “It is a pressure that I think you would expect from Aberdeen. We all know they are a good side, they are going to push us right to the end of the season.

“It is something we need to step up to now.

“It is Partick first and we have got to see every game as a big game now, and make sure we take three points from every one.”