AN ENRAGED Scot left a hilarious note on a badly-parked car – urging the driver not to reproduce and even leaving a condom.

A picture, shared online, shows a silver Audi A2 parked in a snug Aberdeen lane with its bumper almost touching double yellow lines.

The bad parking prompted an angry passerby to take matters into their own hands and leave some advice on a piece of lined notepaper. 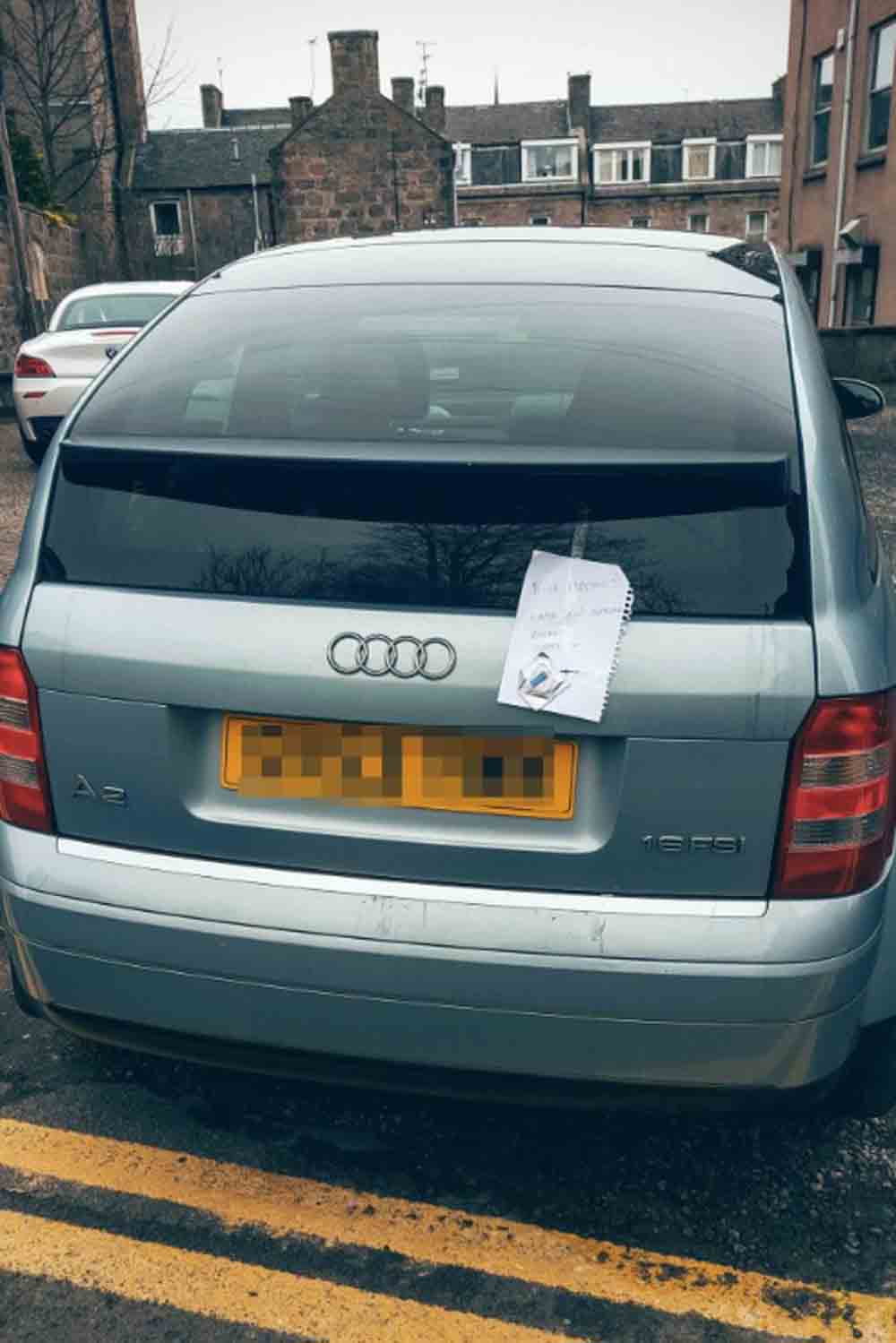 And they even left some contraception with the note – to ensure the bad parking genes are not passed down to future generations.

They also drew a smiley face on the note.

It had been attached to the car by a piece of sellotape and included a single silver condom packet.

A passerby who spotted the message yesterday shared the image online to photo sharing website, Imgur. 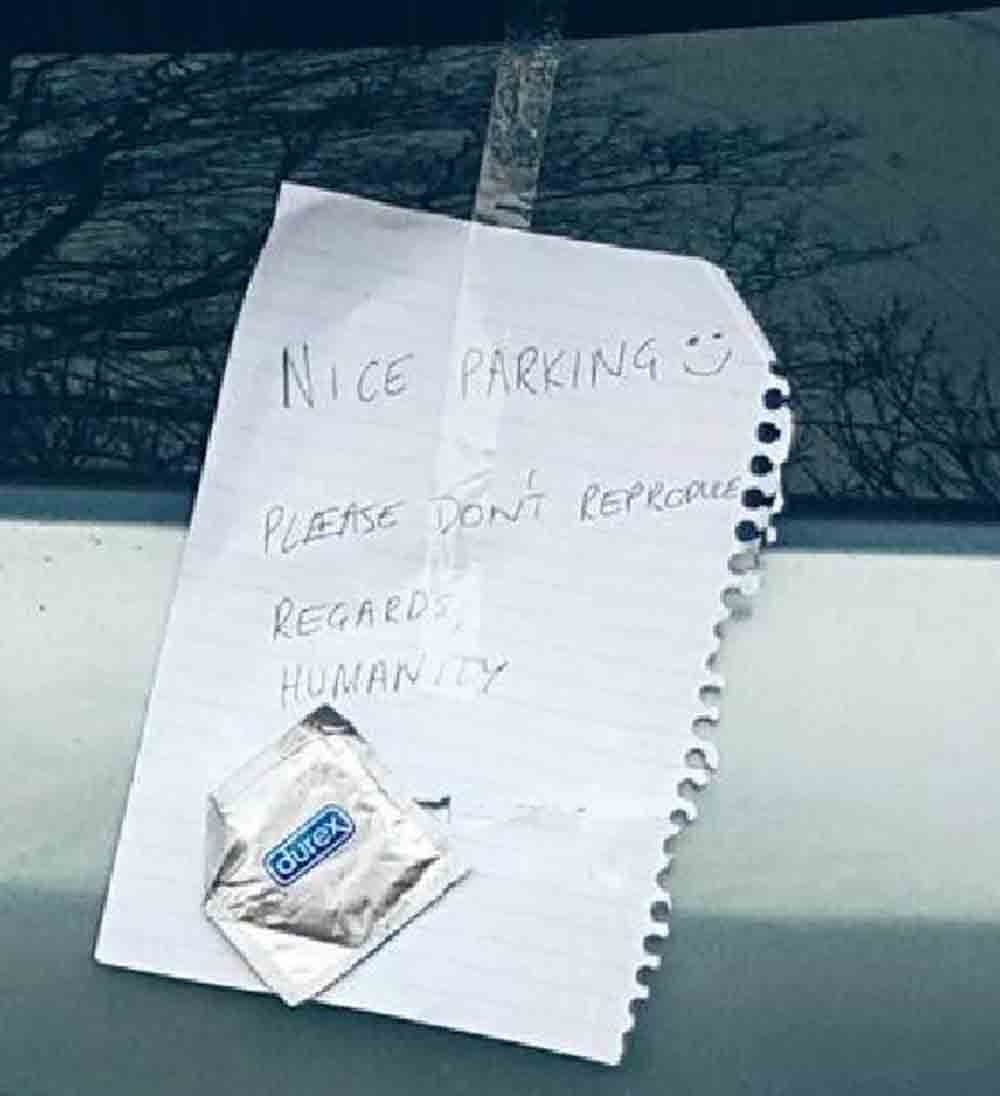 The picture has since been viewed nearly 400 times.

It is not the first time that passive-aggressive notes have been left on badly-parked vehicles.

Last year, a fed up motorist left a sketch of a turtle on a car with the words: “Many three-year-olds have trouble staying within the lines.

“Maybe if you practice colouring this turtle, it will help with your parking.”

The poster was shared online by Bill Caswell, racing driver and car enthusiast.

He explained: “My friend made this and keeps a few copies in his glove box. When he comes across an a**hat parking job, he leaves it under their windshield wiper.”

Commenters were thrilled with the idea , with Paul Hartl simply saying: “Love it!”.

And Mark Korody added: “I could use a couple of those pictures when I try to park at my college.”