AN ATHLETE who dreamed of competing at Rio has shared a heartwarming video of his first steps since undergoing hellish surgery to remove a tumour.

Former Olympian and Paralympic David Smith was left paralysed down his left hand side after undergoing emergency surgery to remove cancer from his spinal cord.

After nine-months of operations, the issue was later determined to be the result of a blood clot.

However yesterday the 37-year-old released a short clip showing him taking his cautious first steps.

The 10 second clip shows Smith nervously walking through a hospital building with the help of a walking frame.

The gold medalist, originally from Aviemore, has now set his focus on taking part in a grinding 400-mile bike ride across 17 of France’s highest mountains later in the year.

Posting the footage on his Twitter page, he wrote:“A step forward is a step in the right direction.

“Set a new intention everyday and follow your passion. #Gratitude.” 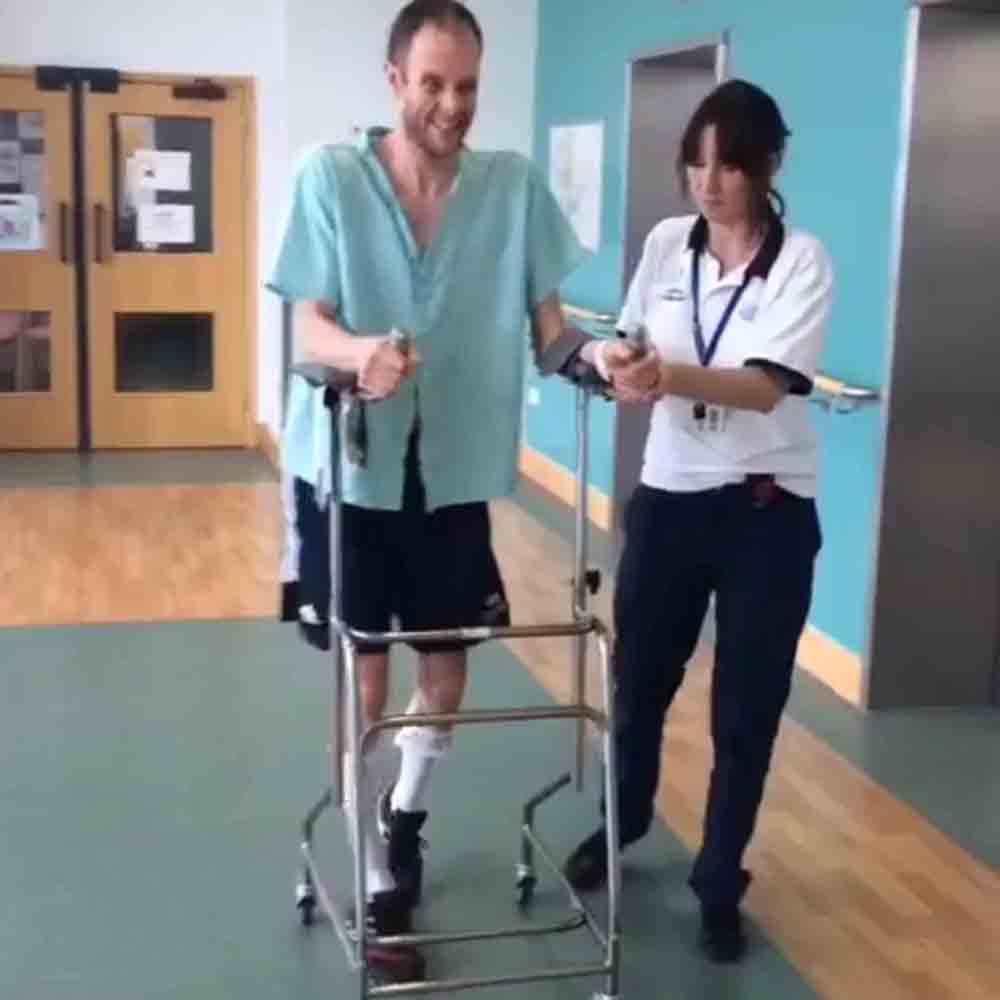 Smith, born in Dunfermline, Fife, was awarded an MBE in 2012 – the same year he won his gold medal at the 2012 London Paralympics.

Following his medical issues he then turned his attention to cycling and took ninth place at the final Para-cycling Road World Cup of the 2015 season in Pietermaritzburg, South Africa.

However his plans were turned upside down after his fourth surgery left him having to learn to walk again.

Speaking of his new sights on biking the peaks, Smith said: “This was the dream I needed that gives me hope and desire to get out of bed, onto a bike, and back into life.

“Planning this from my hospital bed has given me so much focus. I know every second of the ride will be mind-blowing.”

Social media flooded Smith with warm wishes, with comments praising him as “always an inspiration” and as an example of “positive spirit, mental strength and determination.”

He was born with a clubfoot and for the first few years of his life had his bones repeatedly broken to correct his foot’s alignment.