Dunfermline managing director Ross McArthur has lavished praise on the Pars community as the club stand on the brink of a return to the Championship.

Three years after the Fife outfit were relegated from the second tier during their disastrous spell in administration, Allan Johnston’s side will seal the League One title on Saturday if they defeat Brechin City and Peterhead lose to Cowdenbeath. 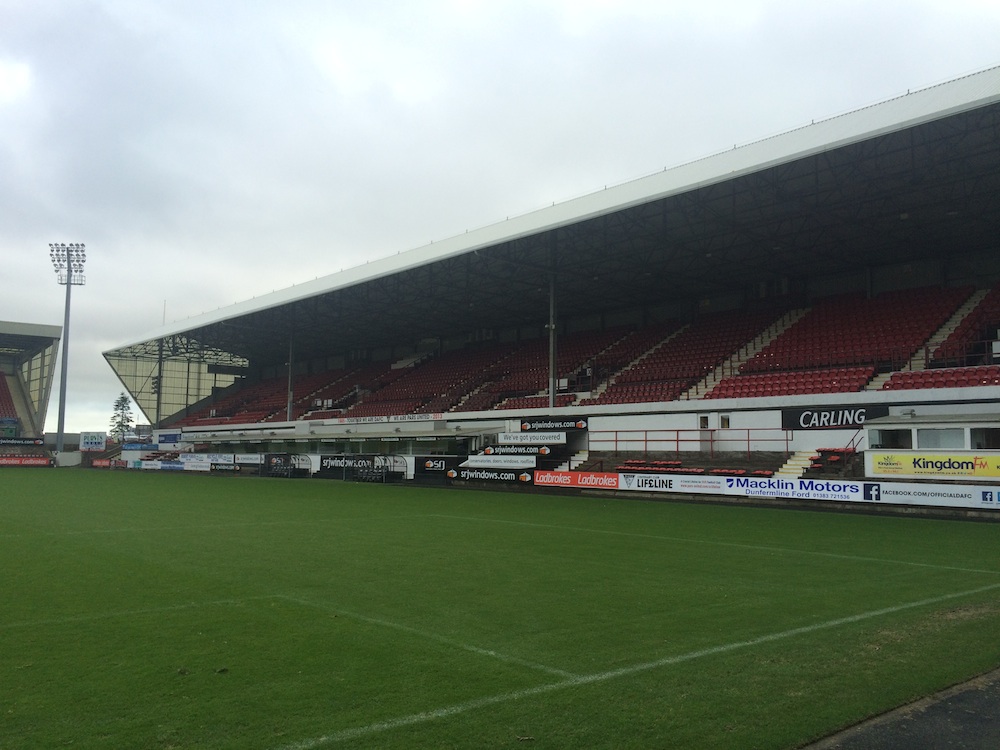 McArthur is refusing to get carried away but admits, if it does happen, their success will have been built on a foundation of everyone pulling together for the greater good of the club.

McArthur said: “We’re certainly not going to count our chickens.

“We’re obviously close and if it happens this weekend, next weekend or the following one then it will certainly be sweet.

“It has been a challenging two or three years for the club and it’s been difficult.

“Everyone has been pulling together and that is from the sponsors, the fans, the local community, the team and the board.

“We’ve had to make cut backs and we only have five full-time employees outside the football department, so it’s been difficult – but that’s testimony to those that have helped out at the club, including our volunteers.

“Just on Wednesday, for example, we had two people in the ticket office selling tickets for the Albion Rovers game next weekend. We’ve got people in painting as well

“We all do it because we all want to get the club back to where it should be and that’s in the higher echelons of Scottish football – hopefully this will be the first step towards that.

“Even at management level, we’re all volunteers. We’re all doing this to help the club out.

“There is myself and other directors Billy Braisby and David McMorrine that are in on a daily basis.

“We do everything on a voluntary basis and don’t take anything out. We all do it to try and create a platform for the club.”

McArthur has praised the fans for continuing to flock through the turnstiles, even after witnessing their poorest season for three decades.

He added: “We had our worst season for around 30 years last season when we finished seventh in League One.

“We’ve got around 2,500 season ticket holders this season, that is around the number we had when the team was in the top-flight, and we have around 1,000 fans in our membership schemes providing financial support as well.

“Our hospitality is sold out for almost every game.

“I think people feel part of the club and there is that togetherness. Everyone is pulling in the same direction and that creates momentum.”