Kyle Lafferty buoyed by Birmingham City switch ahead of Euro 2016

Former Rangers striker Kyle Lafferty insists his loan switch to Birmingham City will ensure he is firing on all cylinders for Euro 2016.

The 28-year-old has been frozen out at Norwich City under Alex Neil, playing just 45 minutes of club football in the past seven months.

However, he has agreed a deal with the Blues until the end of the season and is determined to bolster their promotion push – as well as gaining valuable match fitness for the summer showpiece in France. 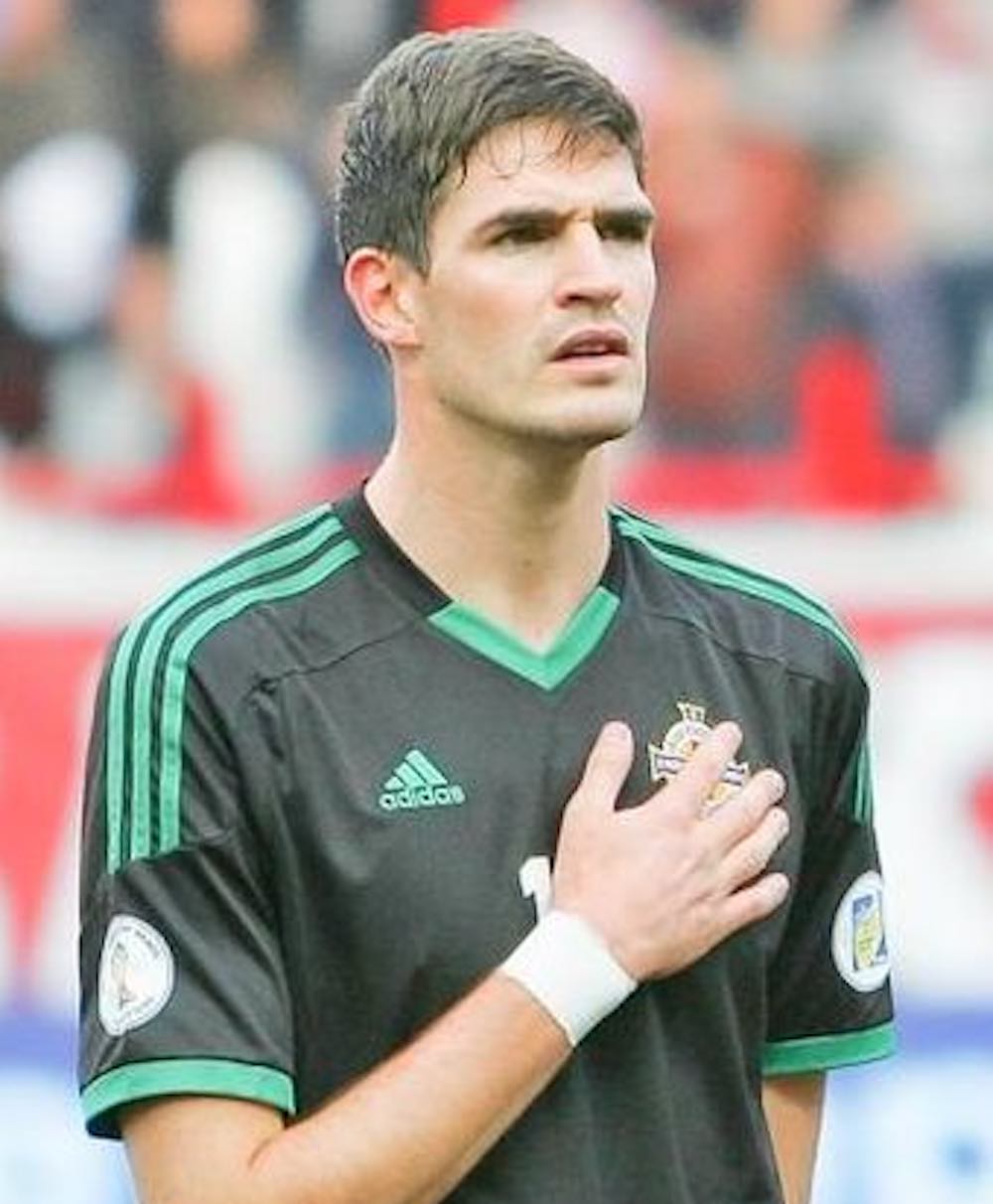 Lafferty said: “I’m going to Birmingham to try and get my fitness up and to help them get into the playoffs, which is a real possibility with the players they have and the manager [Gary Rowett] there.

“The move has suited both parties. For me, to go out and get minutes and play first-team football, and for Birmingham, to push for the playoffs. Hopefully I will go there and score goals.

“I just can’t wait to get on the field now. That is what I have missed all season. I’m excited every time I step on to the pitch and I’ll be giving 110 per cent.

“What I did in the qualifiers doesn’t necessarily mean I am going to start in the Euros. I still have to go out there, perform and show Michael [O’Neill] that I am still hungry and I’m the right man to lead the line.”

Despite his exile at club level, Lafferty has been a talisman for Northern Ireland, bagging seven goals – including crucial strikes against Hungary, Finland and Greece – on the road to France 2016.

It is likely he would have spearheaded the Irish attack regardless of his club situation, nevertheless O’Neill is delighted by the prospect of Lafferty gaining regular football.

O’Neill told BBC NI: “Kyle Lafferty got a good 80 minutes under his belt and did well given that he hasn’t been playing regularly.

“It was very important for the player as he has had very limited game time and he was up against top-class Premier League centre-backs. We’ll have another look at him on Monday night [against Slovenia].

“His loan spell at Birmingham will help him build up his match fitness.”