ALLAN Johnston has paid tribute to his players after Dunfermline clinched the the League One title with a fittingly eye-catching hat-trick from top scorer Faissal El Bakhtaoui.

There could have been some debate over the French-Moroccan’s seventh-minute opener, when the ball ricocheted into the net as he and two Brechin City defenders went for Ryan Wallace’s low cross.

However, the 23-year-old’s 28th and 29th goals of a superb campaign were suitable ways for the Pars to seal promotion back to the Championship. 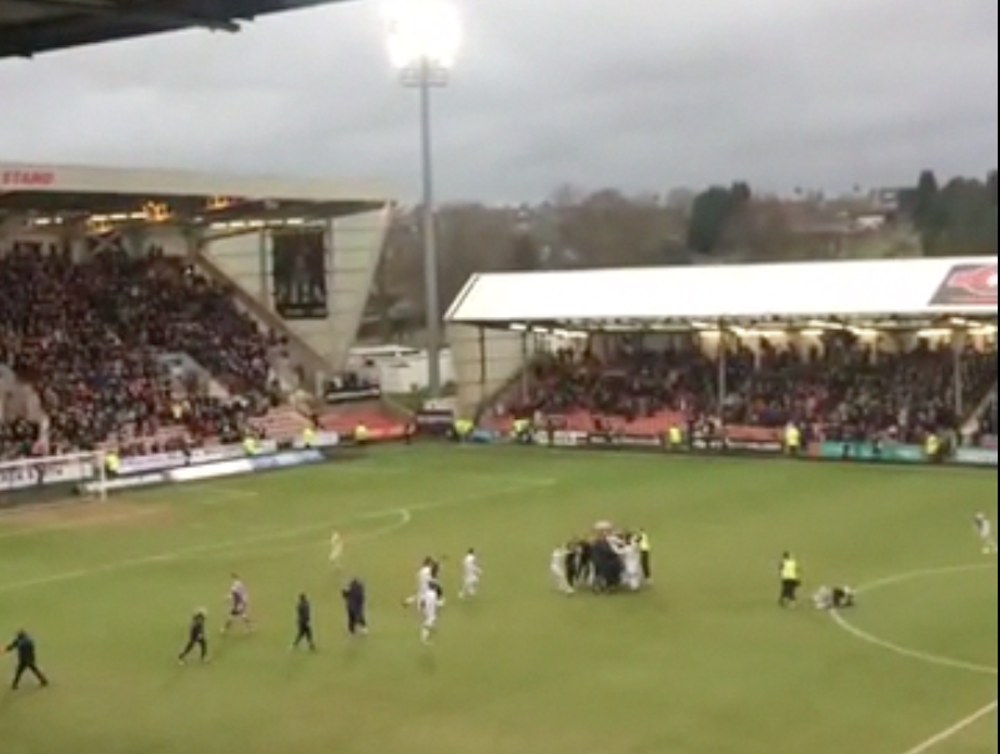 Their 3-1 victory over Brechin City was, of course, just one part of what was needed on the day. But, with Fife rivals Cowdenbeath doing their neighbours a massive favour with a surprise victory over Peterhead, the celebrations were able to finally get under way at full-time.

Johnston was lifted onto the shoulders of his players as they came back out to receive the acclaim of almost 4,500 jubilant supporters, but the Pars manager was quick to praise his squad for sealing the title with five games to spare.

He said: “The boys have been amazing and deserve all the credit they’re going to get.

“Right from the start of the game, we played really well – and then we lost the goal and it looked as if the nerves set in and we started to panic a bit.

“But that third goal probably sums up our season so far. A bit of class – one of the young boys coming on, taking on somebody in the box and obviously Faiss getting his hat-trick.

“That’s his first career hat-trick. Big players step up to the big games and he’s definitely one of them.

“Every player has played their part this season, it’s been a really good team performance.

“We’ve got a small squad and, even the players that have come in from January, have all played a massive part. Every one of them deserves enormous credit.”

Johnston’s contract expires at the end of the season, and negotiations have been put on hold until promotion was secure, but will surely now be tied up on a longer deal.

Likewise, talks will have to take place with the majority of the squad as planning for next season – and beyond – is cranked up.

Johnston added: “Without good players you’re not a good team.

“Their attitude has been first-class, they’ve bought into everything we’ve tried to do and the sooner we try and get these boys tied up the better for next season.

“Winning leagues and success doesn’t come along very often, so you’ve got to cherish every minute.

“But the last thing you can do is stand still. You’ve got to make sure you work even harder to keep improving and that’s what I’ve said to the boys. This is just the start, we want to build on that.”