TEENAGER Ally Roy has set his sights on regularly gracing the Hearts first-team after penning a new one-year deal.

The 18-year-old has made two appearances for the top-team so far, enjoying back-to-back outings against Livingston and Raith Rovers last season. 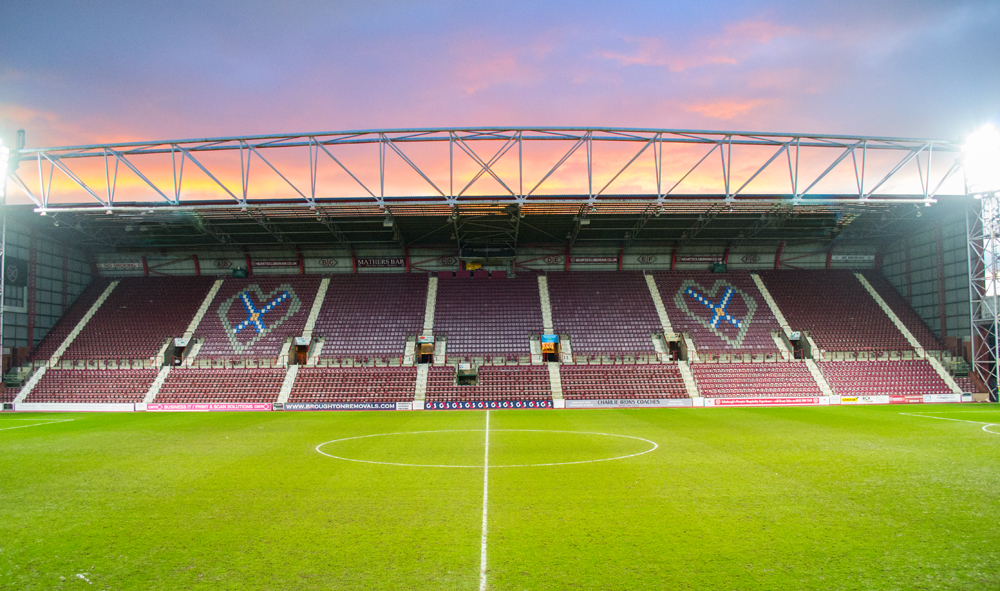 Earlier this term, the striker netted four times in 15 appearances on loan at East Stirlingshire and has impressed the Tynecastle coaching staff enough with his displays for the club’s under-20s to merit a fresh contract.

“Hopefully I can progress further if I keep working hard and scoring goals.

“If that comes along, then hopefully I can get a chance in the first team.

“I’ve had a taste of that before and that’s what I’m aiming for again. Hopefully I can get back to that and make it a regular thing.

“It’s a very big year for me coming up.”

Meanwhile, Hearts have farmed out youngster Angus Beith to Stenhousemuir – but will recall him in time for a shot at cup glory next month.

The 20-year-old has played just a single first-team match for the Jambos, featuring in the Petrofac Training Cup defeat to Livingston in August 2014.

However, the midfielder is highly rated at Tynecastle and has been a key part of the club’s march to the final of the Youth Cup, where they will take on Motherwell.

Beith, who spent most of last season on loan at Stirling Albion, will stay with Stenhousemuir for 28 days as the Ochilview side make a late push for a promotion play-off spot.

But he will return to Edinburgh in time for Hearts’ crack at under-20s silverware against Motherwell in a date, still to be confirmed, towards the end of April.

Hearts head coach Robbie Neilson explained: “It’s a good move for Angus and it will allow him to get valuable game time for a club that is pushing for a play-off spot.

“Angus has got a big year coming up next season, so the more experience he can get under his belt the better.”