The French-Moroccan, who is out of contract this summer, netted his 30th goal of the season for the newly crowned League One champions in last weekend’s victory at Albion Rovers and has been linked with a move away from the Fife club.

Motherwell and Hibs have already been credited with an interest in the 23-year-old, who mostly played the indoor game futsal back in France before being signed by then manager Jim Jefferies in 2012. 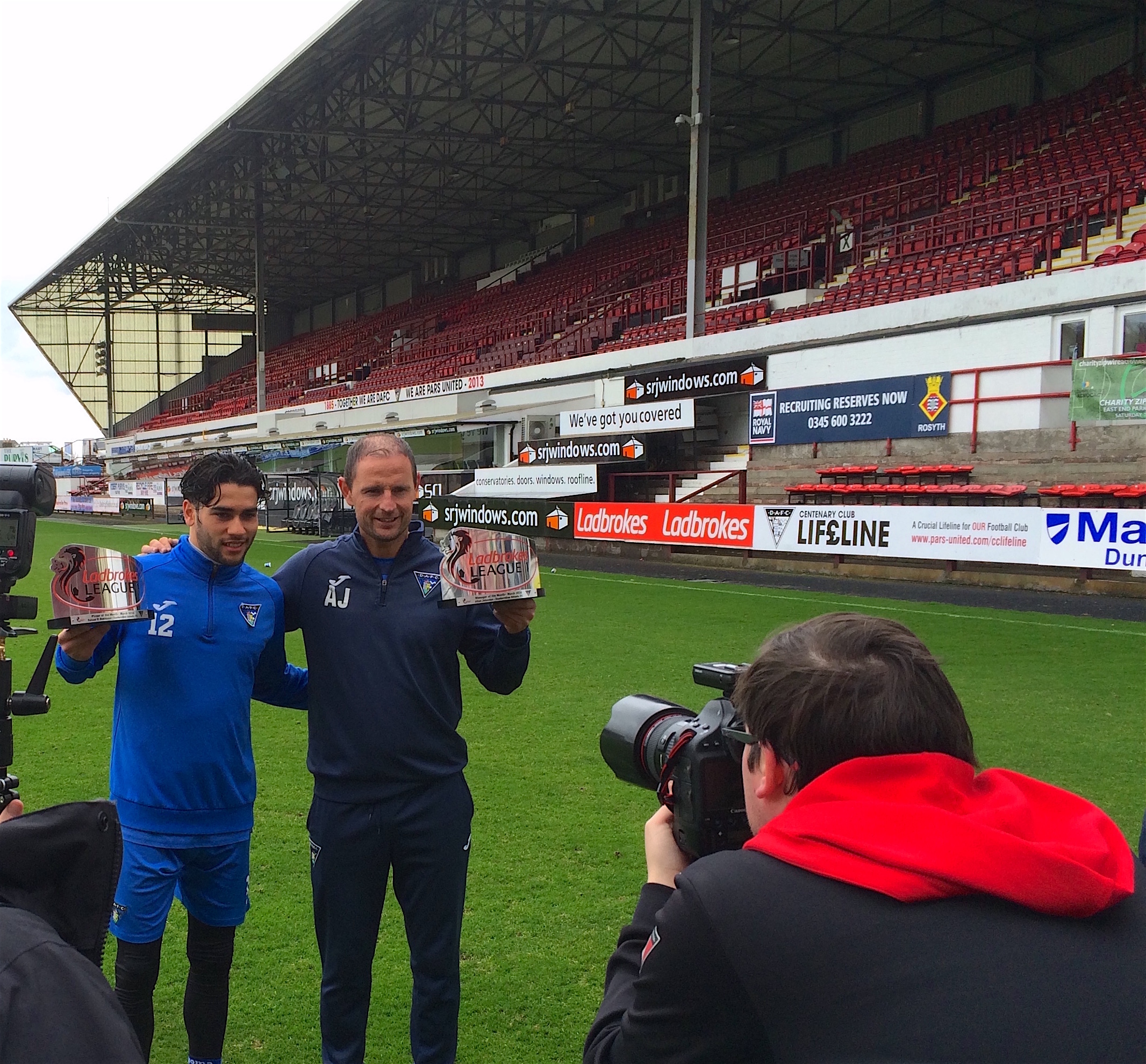 Johnston and the player posed for pictures side by side yesterday as they picked up the Ladbrokes League One Manager and Player of Month awards for March and the Pars boss is hoping to convince El Bakhtaoui to remain for their return to the Championship.

Johnston said: “We’re trying to get Faiss sorted, he’s an unbelievable talent but I still think another year with us would do him the world of good before he gets his big move.

“I’m sure there are loads of clubs looking at Faiss and rightly so because he has a lot of potential.

“He’s still young and still learning. Hopefully he stays here, where he is going to play week-in, week-out and improve as a player because his big move will come eventually.

“It’s just his overall play that he could improve on but you can see he’s a natural finisher, he’s got a great touch and got pace but no-one is the finished article are they?

“It’s incredible where he’s come from. I think playing week-in, week-out and the way we play has suited him and he’s reaped the rewards.”

Johnston, who is also out of contract this summer, faces a hectic spell trying to build for next term after admitting his entire team is out of contract.

He added: “The players have been brilliant and hopefully we can start trying to get them tied up for next season.

“The whole team are out of contract so I’m going to have my work cut out.

“We beat Dundee at home and we’ve got a lot of quality players so hopefully we can get them tied up.”