The Scotland Under-21 marksman is planning to help the Leith club forget about a recent woeful run in the Championship by playing his part in defeating Dundee United in today’s semi-final at Hampden.

Cummings, who was also brought up as a Hearts fan having grown up in Gorgie, has himself revelled in Hibs’ cup misery in the past after being pictured making the 5-1 gesture in reference to the 2012 Hampden mauling. 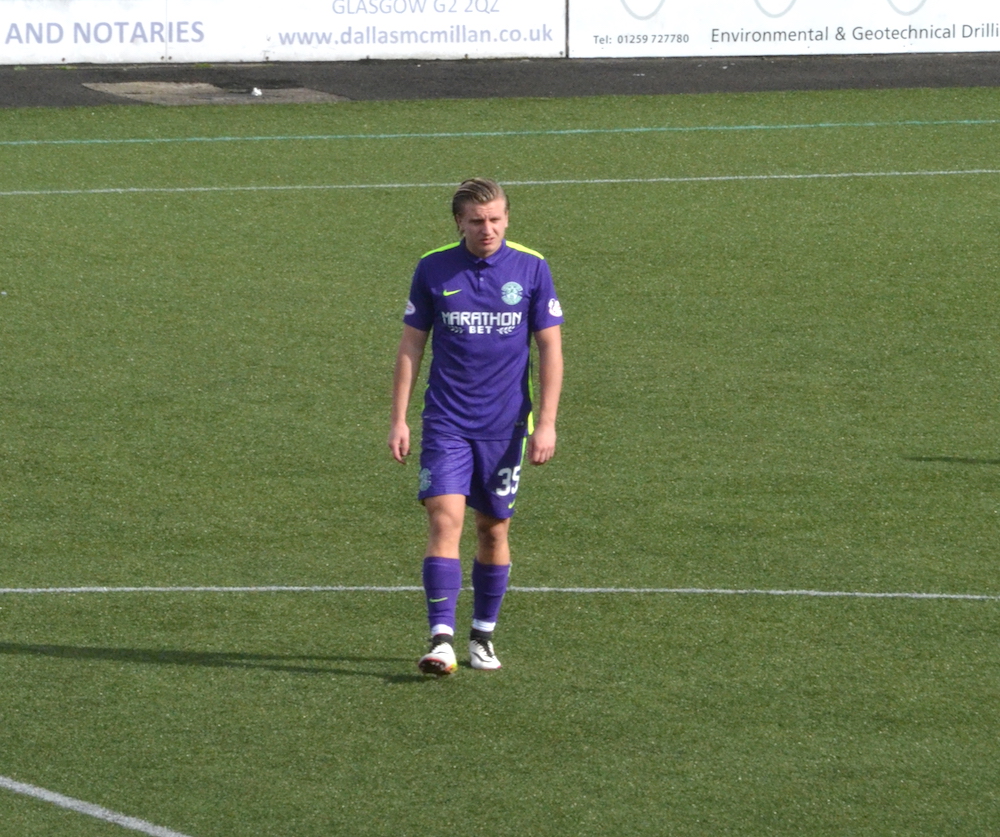 But the chirpy 23-goal forward, who was axed by Hearts in 2012, admits he is now dreaming of ending the club’s tortous 114-year wait for silverware in this competition.

He said: “I would love to win the Scottish Cup with Hibs. It would be funny to take the medal back into my house with my brothers, Ross and Dean, and put it on their walls – they wouldn’t be happy with that. It would be a dream.

“My two older brothers were brought up as Hearts fans and they’re quite big supporters.

“Every time we play them they tell me they hope I can score, but Hearts win 3-2.

“My brother puts it up in Twitter that if I score my Xbox is going out the window, so I came back with no Xbox after scoring the winner in the 1-0 game.

“I’ve had a few dreams about winning the Scottish Cup with Hibs if I’m honest.

“I’m usually popping up in the 90th minute with a winner into the top corner. Of course I want to score the winner.”

Cummings once used to join his brothers in lapping up Hibs’ misfortune and an old picture that he posted on social media making the 5-1 gesture came back to haunt him after he joined Hibs in 2013.

Asked if he regretted that picture, Cummings added: “It’s not really a secret that I was brought up a Hearts fan.

“When i was younger I always thought about playing for Hearts.

“When they let me go I was thinking ‘what can I do to get one back at them?’

“And I thought, ‘I’ll come to Hibs and I’ll score four consecutive goals against them in the derby match.”

Cummings’ strike partnership with Anthony Stokes has come under scrutiny with Hibs having only won three out of ten league matches that the on loan Celtic striker has played in.

But Cummings has come out in support of his team-mate.

Cummings added: “Stokesy is one of my good mates off the pitch and we have a laugh all the time.

“On the pitch, you can tell he is a top player. Some of the things he does are not what a normal player would try. It is the same in training. You can just tell he is a good player.

“It’s a pleasure to play with someone who has been far in the game.

“If anything I have learned a lot from Stokesy and improved my game since he came in. He has taught me a lot. It’s nowt to do with Stokesy.”