ANIMAL-LOVERS have been sharing hilarious photos of confused dogs, cats and birds online – as part of International Point At Your Pet Day.

A new craze swept social media yesterday (Thurs) which resulted in dozens of owners pointing a finger at their pets and uploading their reaction. 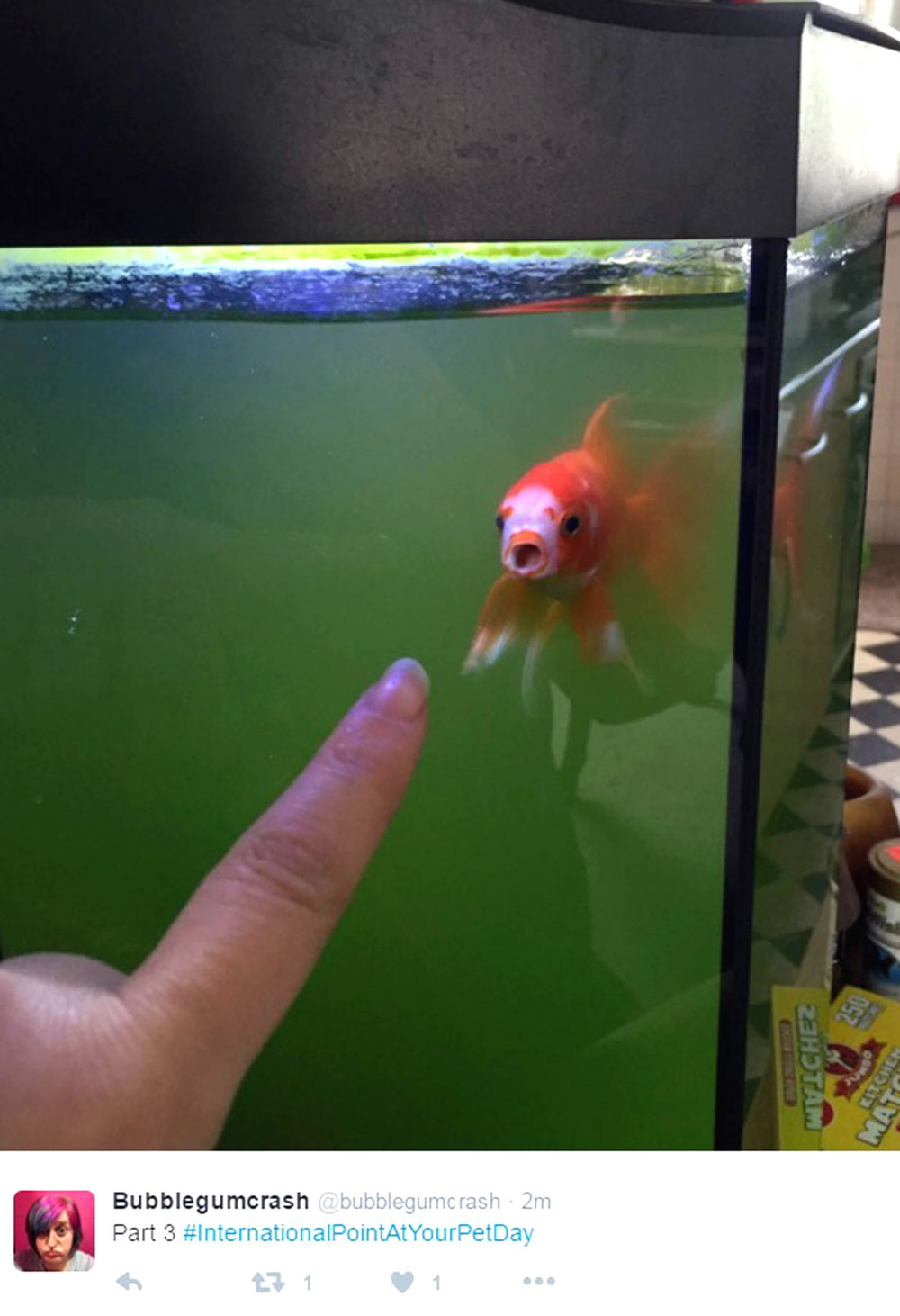 Some of the best include a goldfish with its mouth wide open, a very grumpy-looking cat and a dog playing dead on the floor.

The reasoning behind the bizarre craze is unclear, though it seems to have been started by a London-based cartoonist. 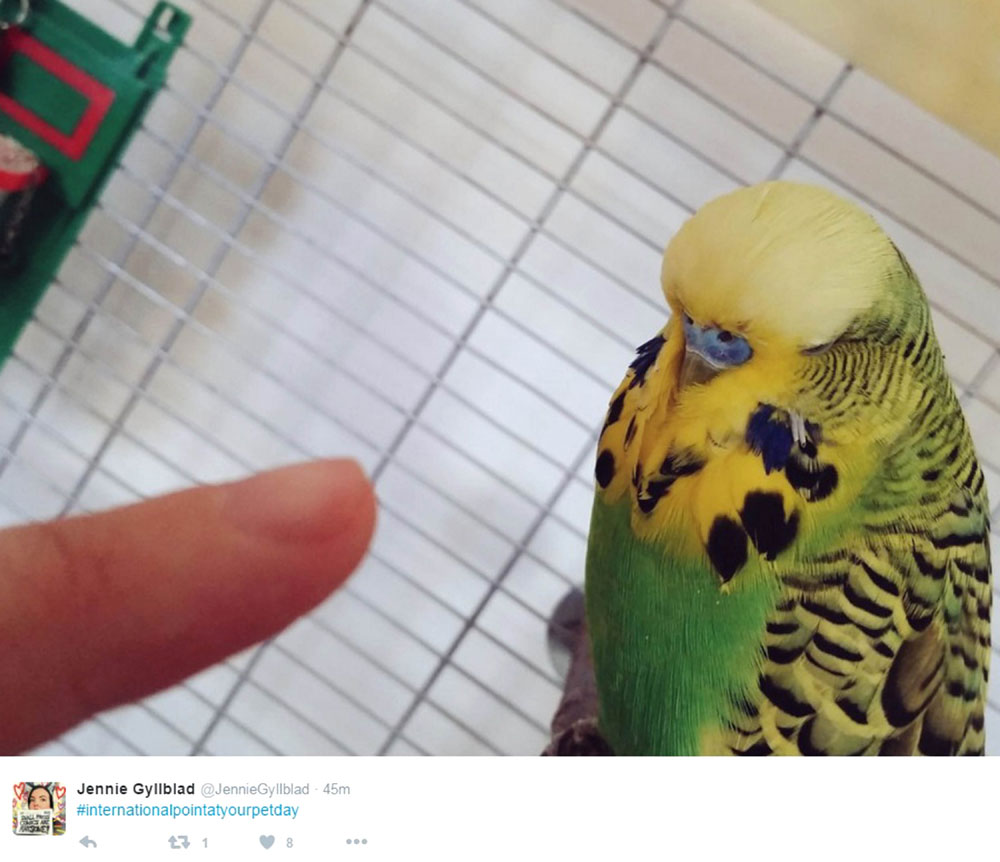 One user named Graham, from Wallsend in Tyne and Wear, shared a snap of his budgie perched on the end of his finger with the caption: “#internationalpointatyourpetday has gone a bit wrong.”

‘Helen G’, from Newcastle, uploaded a picture of her black and white cat trying to eat her middle finger as she pointed at it. 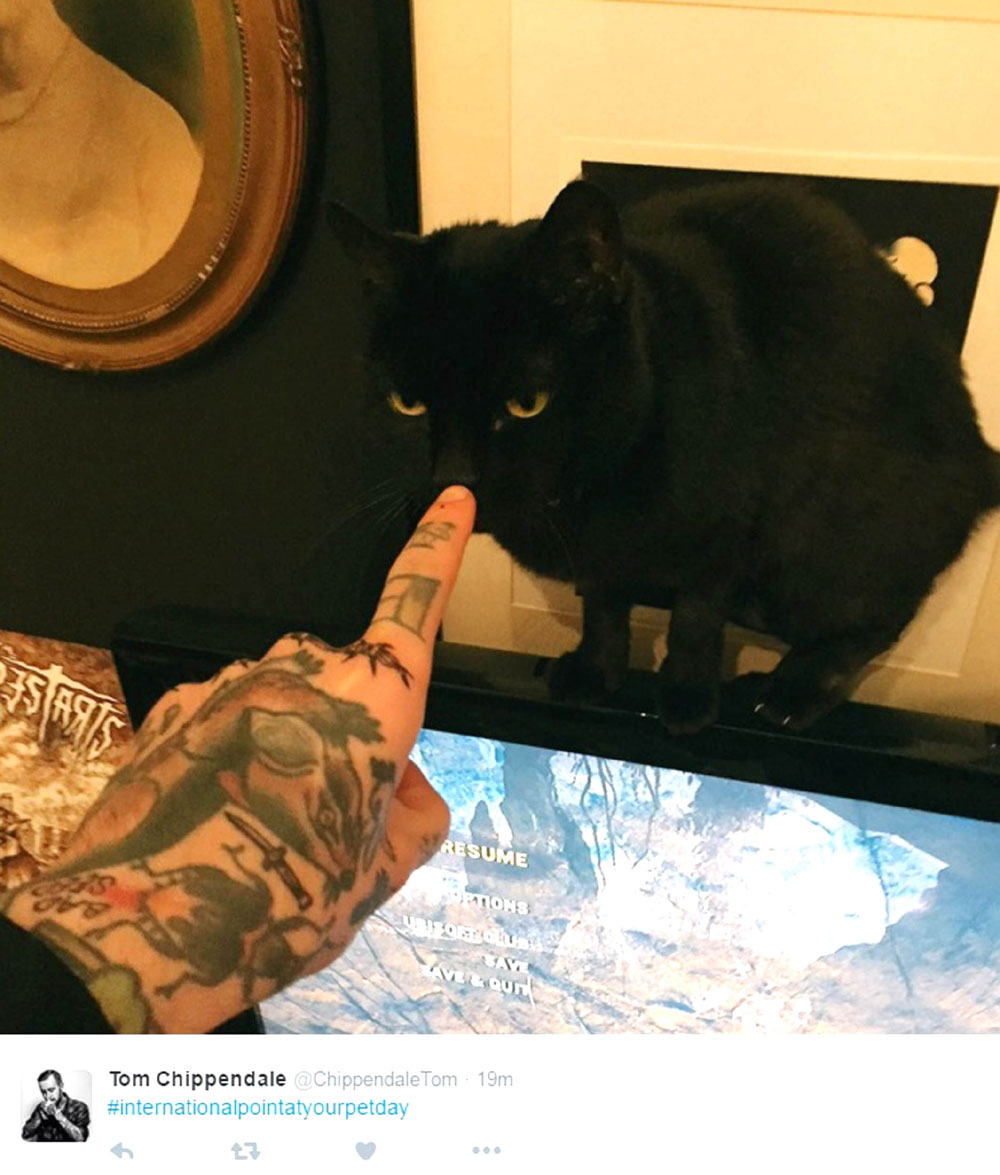 Another woman, from somewhere in Wales, took a hilarious photograph of her shocked-looking goldfish as she gave it the finger.

And a budgie, belonging to Jennie Gyllblad from Bath, also looked extremely unimpressed at his owner’s attempt to join in. 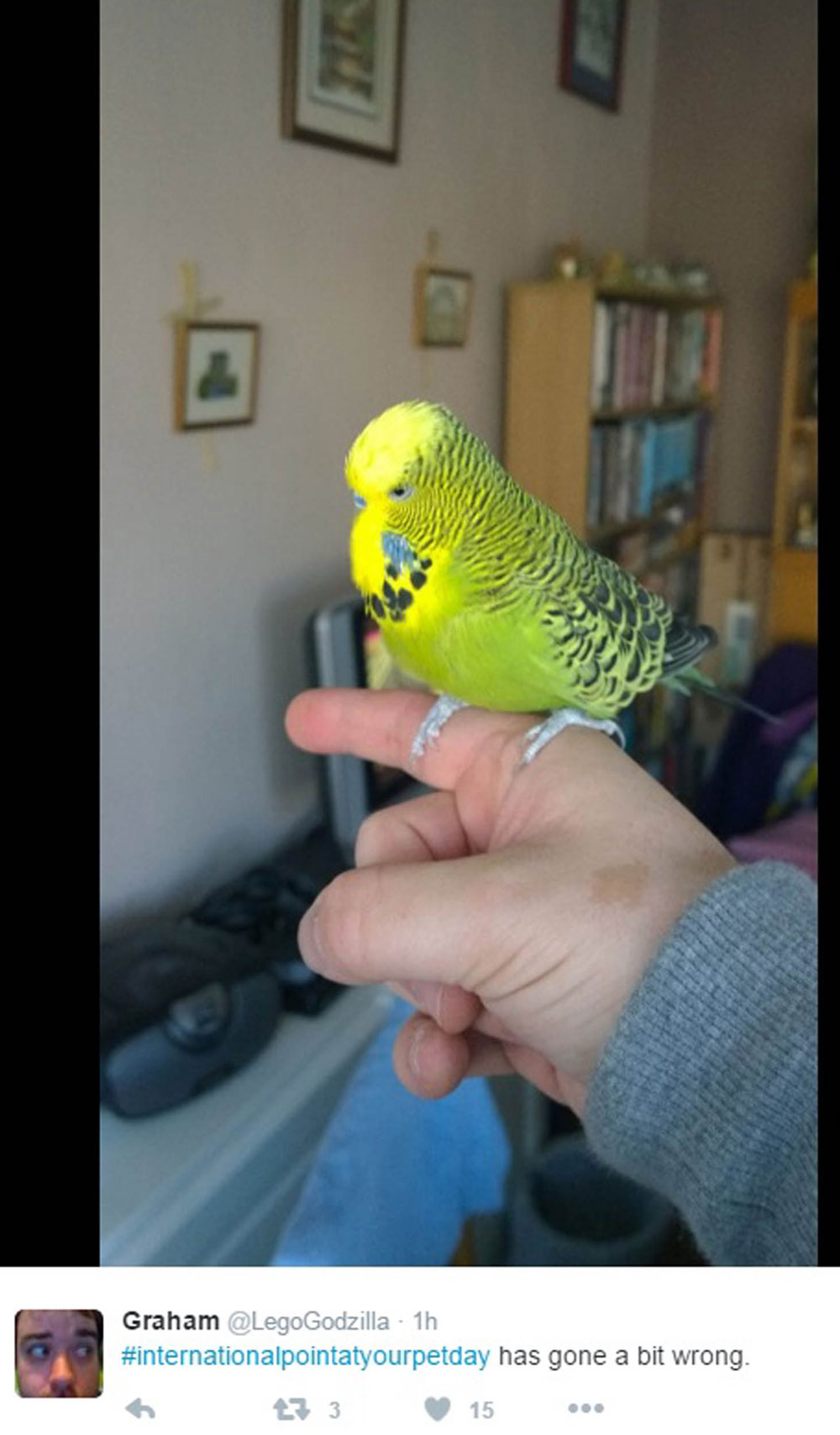 Other unique pet days which have gained popularity over the years include National Dress Up Your Pet Day, Serpent’s Day, National Dog Biscuit Day and National Hairball Awareness Day.

There is even a Respect For Chickens Day and World Rabies Day.

Divers can venture further than seals during deep dives