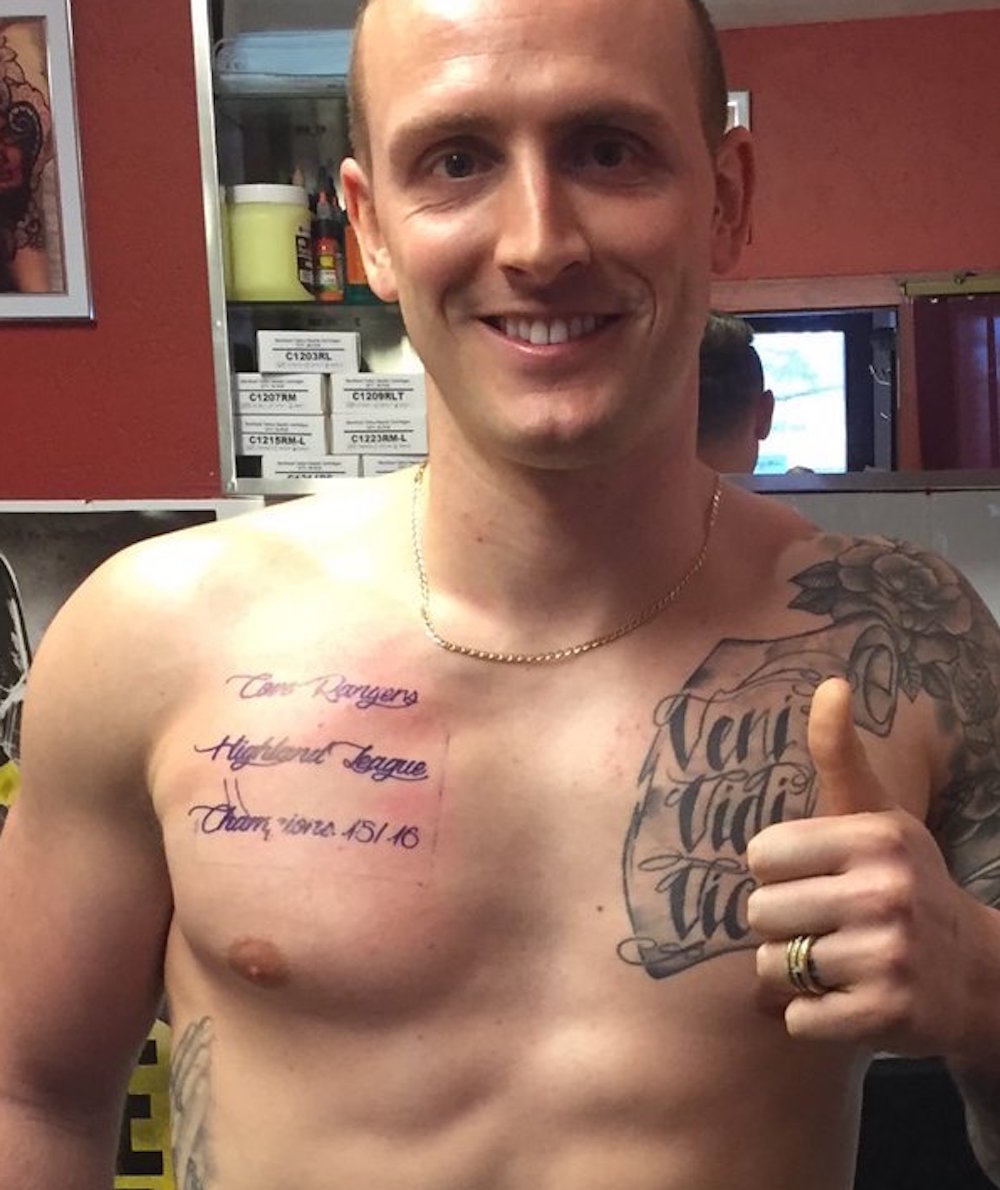 The 27-year-old continued the wind-up by proudly posting the pictures of the tattooist pretending to carry out the work on his Twitter account.
It is back to serious business for Smith and Cove today, however, in the first leg against Lowland League champions City as both teams bid to gain promotion to the SPFL.
Smith said: “The tattoos were a bit of a prank and I did it to wind the lads up.
“I was in getting a couple of tattoos done and I said to the guy, ‘do me a favour and go and pretend that you’re actually doing a tattoo’. I didn’t actually get it done.
“The boys said, ‘that’s great, you should put it up on Facebook and Twitter’, and then it ended up spiralling out of control.
“It was a bit of a prank that escalated.
“Because the guy that did my tattoos actually pretended to do it I think that made everyone think it was real.
“I think a lot of people were saying it was a bit too far to be taken as a prank but it’s a bit of banter anyway.
“I’m into my tattoos anyway and that’s why I think the lads believed me because if anyone was going to do it, it would have been me. I think my wife would have killed me if I got that.” 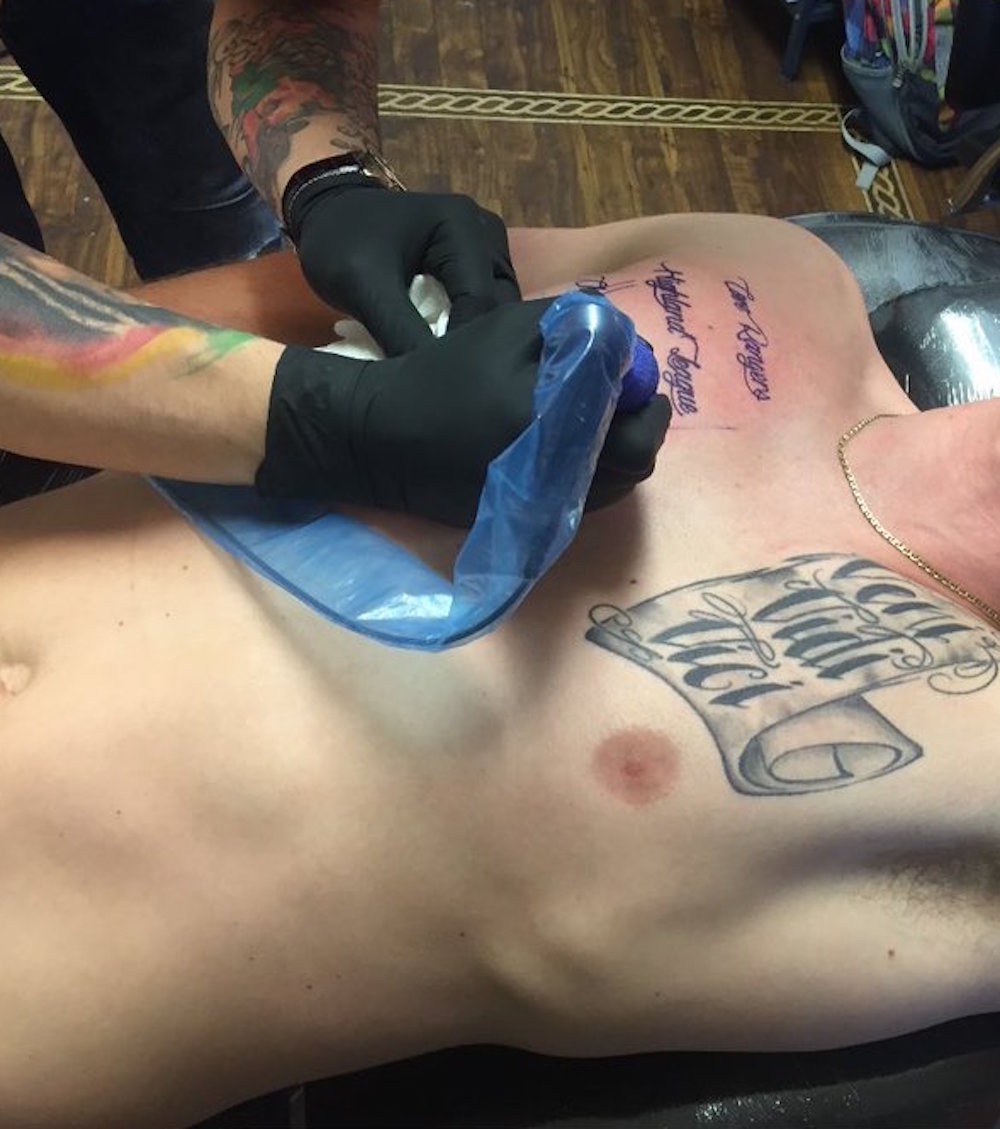 Smith, who joined Cove from Keith in 2013, insists the club are desperate to make the most of their chance to earn promotion to the professional ranks.
It was a different story for Brora Rangers when last season’s champions, who were beaten by Montrose in the final, caused controversy by admitting that they wanted to remain in the Highland League.
Should Cove overcome City over two legs, they will face League Two basement side East Stirling in the play-off final.
Smith added: “When I signed for Cove three years ago they said from the beginning that they wanted to get into league football.
“Ourselves and other Highland League teams that have the same aspirations were really disappointed with the way Brora basically said they were not wanting to get promoted.
“Cove are desperate to do it and not been hiding it at all.
“All the lads are really looking forward to it, we’re trying to treat it as a normal game but it’s hard to do that when we know what’s at stake.
“For the past six weeks now we’ve been playing two games a week so the lads are welcoming having a full week off ahead of the game.”
Smith and fellow marksman Daryl Nicol have terrorised Highland League defences this season and will be hoping to do the same against City at Harlaw Park.
Smith added: “I’ve missed a few games with injury but I’ve still managed to chip in with 26 goals this season.
“Daryl Nicol has scored 42 and had a tremendous season. We’ve struck up a real partnership and hopefully that can be the difference on Saturday.”