DEREK McInnes has confessed Aberdeen now have ‘work to do’ in trying to seal second place in the Premiership after a heavy defeat to St Johnstone put paid to any lingering hopes of a title challenge to Celtic.

The Dons were lacklustre from start to finish against McInnes’ old team as goals from David Wotherspoon, Steven MacLean and Liam Craig earned the Saints a 3-0 victory. 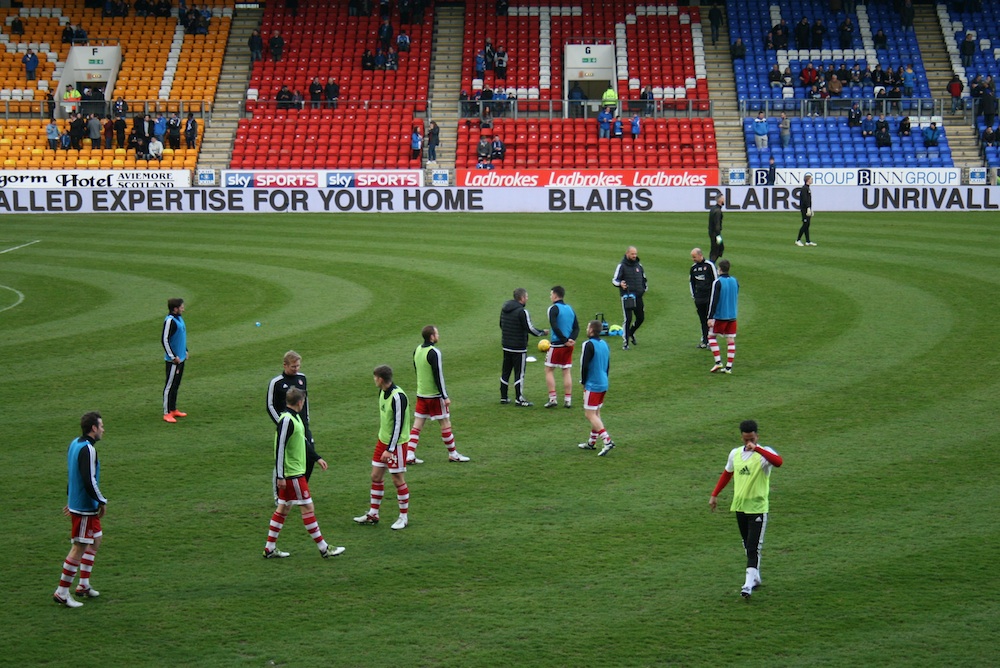 It was a third straight away defeat for the Pittodrie outfit, who began the game seeking to eat into the eight-point gap to Celtic above them but finished it looking over their shoulders at Hearts eight points below them with a game in hand.

McInnes said: “At the minute we just have to win enough points to guarantee second spot and there’s work to be done with that.

“The players are conscientious enough and have been good enough often enough this season for us to know that that’s a performance that’s been in isolation.

“But, at the same time, we’ve got to heed the warning and recognise there’s work to be done in the next few games.”

Aberdeen began with an unfamiliar three-man defence that quickly made way for a more usual 4-2-3-1 formation following an out-of-sorts opening to the match.

However, McInnes insists the defeat was down to more fundamental deficiencies on a night when St Johnstone looked like the team with more to play for.

McInnes added: “The best team and the most determined team won the game.

“St Johnstone played the game exactly how the game had to be played.

“It was a really difficult pitch and they got the ball forward quickly and played in our half of the pitch and then played some decent football there and asked questions of us.

“We got dominated at both ends of the pitch.

“That’s the type of game which we have lost a few of this season, based on a lack of physicality and size and strength.

“It’s something I’m well aware of and we know we have to get more size into the team.

“I think there’s a willingness from the players to go and try and finish the season strongly and in every game we play we know who we’re representing.

“But we looked vulnerable through a lack of strength and we were dominated.”

McInnes handed a debut to Michael Rose in defence but the 20-year-old was substituted at half-time suffering with a hamstring injury and 16-year-old Connor McLennan was also handed his debut as a late replacement.

And it was McLennan and the veteran Barry Robson, who was introduced for Rose at half-time, who were singled out by the Dons boss at full-time.

He went on: “The second-half was a lot better but we still lost a poor third goal that encapsulated the performance, to be honest.

“It took the enthusiasm and determination of a 37-year-old in Robson and a 16-year-old in Connor McLennan making his debut. That’s how we all should have played the game.

“We were better in the second-half but it’s scant consolation, to be honest.”