Raith Rovers midfielder James Craigen admits he had to overcome pre-match teasing from his future Falkirk team-mates ahead of Saturday’s 2-2 draw.

The 25-year-old was in the usual situation of lining up for Raith against a team he will join in the summer having signed a pre-contract with Peter Houston’s side. 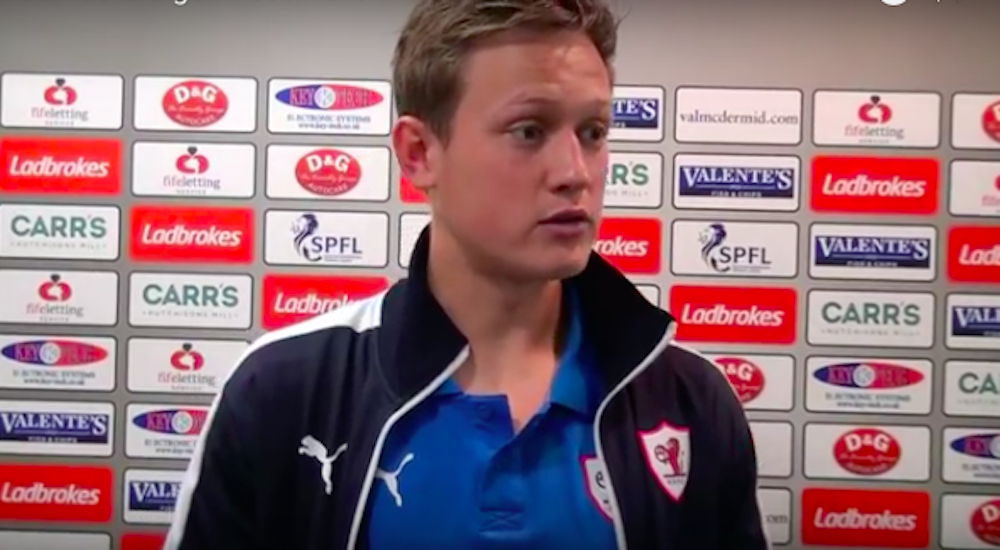 Falkirk players were quick to wind him up in the tunnel before the match between the Championship play-off rivals but Craigen put that behind him to produce a solid display.

Craigen said: “Since it came out that I signed a pre-contract I think I’ve done well.

“I spoke to the gaffer and I’ve proved that it’s not really affected me. Hopefully I can keep playing.

“A couple of the Falkirk boys were winding me up in the tunnel, but you know what football is like.

“I’d be doing the same if I was one of them. It’s part and parcel of football, it’s a good laugh.”

Craigen attended the club’s awards dinner on Saturday and saw Kevin Cuthbert announced as the players’ player of the year after voting for the goalkeeper.

He added: “I voted for Kevin as he has been one of the most consistent of the season and he’s made some great saves.”