A CATHOLIC school is at the centre of a social media storm after a girl was banned from wearing “provocative” shorts to PE.

Pupils at St Ninians in Giffnock, East Renfrewshire, claim a teacher asked a girl who failed to don approved sportswear: “Do you want the boys looking at you like that?”

Angry youngsters have taken to social media to brand their own school “ridiculous” and “shocking” and to accuse staff of making girls self-conscious about their bodies.

One message even suggested the school was promoting “rape culture”.

The row exploded on Tuesday after a female pupil was ticked off for not wearing the regulation style shorts.

A Scottish Youth Parliament (MSYP) member, Sorcha Kennedy posted a series of outraged tweets after hearing about the incident.

The 18-year-old wrote: “St Ninians can be such a joke. Excluding 4th year girls from PE for wearing shorts and telling them they have no standards? So ridic.

“The female teachers said to them ‘do you want the boys looking at you like that?’ And they’re ‘provoking the boys’.” 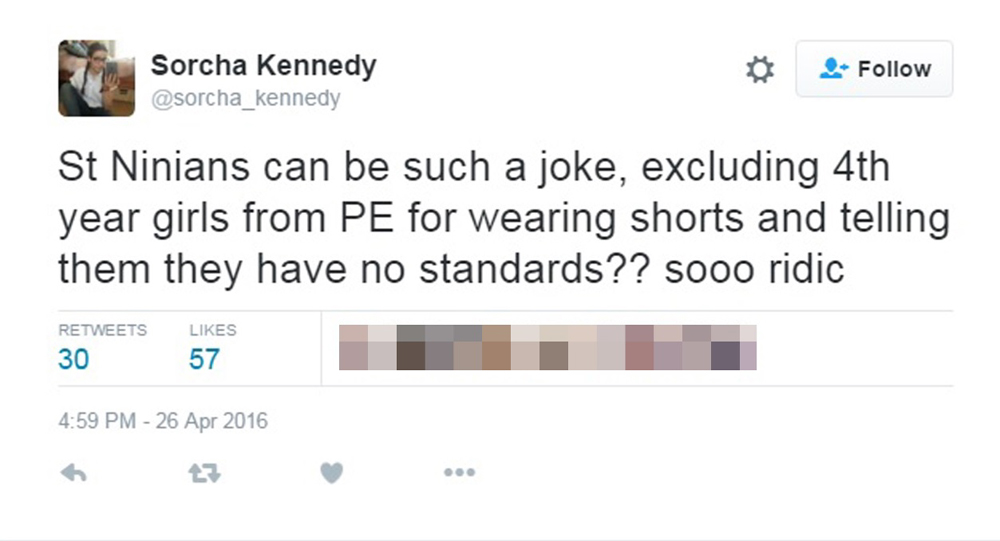 She added: “Stopping girls from taking part in PE ‘cause they have shorts on is teaching them that a boy’s education is more important than theirs.

“It’s so twisted as well cause it’s not as if any of the boys were actual like ‘sorry your legs are distracting me’, it’s all the teachers. Stop sexualising 4th years and let them get on with taking part in PE.”

One female pupil at St Ninian’s tweeted: “Really enjoyed being told to change out of the same pair of shorts that one of the PE teachers were wearing not that long ago.” 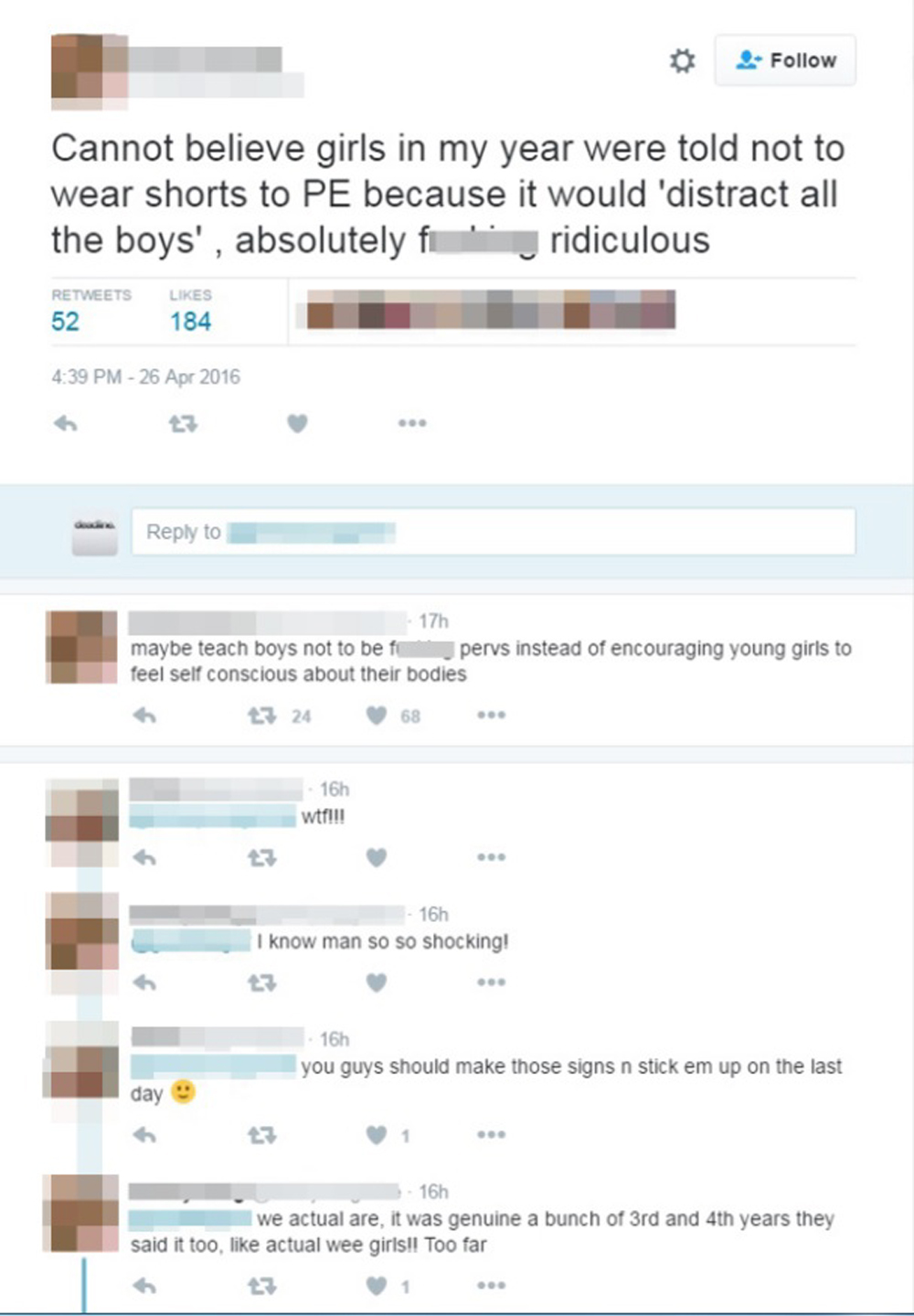 Another wrote: “Cannot believe girls in my year were told not to wear shorts to PE because it would ‘distract all the boys’ , absolutely f****** ridiculous.

“Maybe teach boys not to be f****** pervs instead of encouraging young girls to feel self conscious about their bodies. It’s so so shocking.

“It was genuinely a bunch of 3rd and 4th years they said it to, like actual wee girls. Too far.”
Since the row erupted hundreds of pupils have shared images of a poster asking teachers to “stop sexualising young girls”. 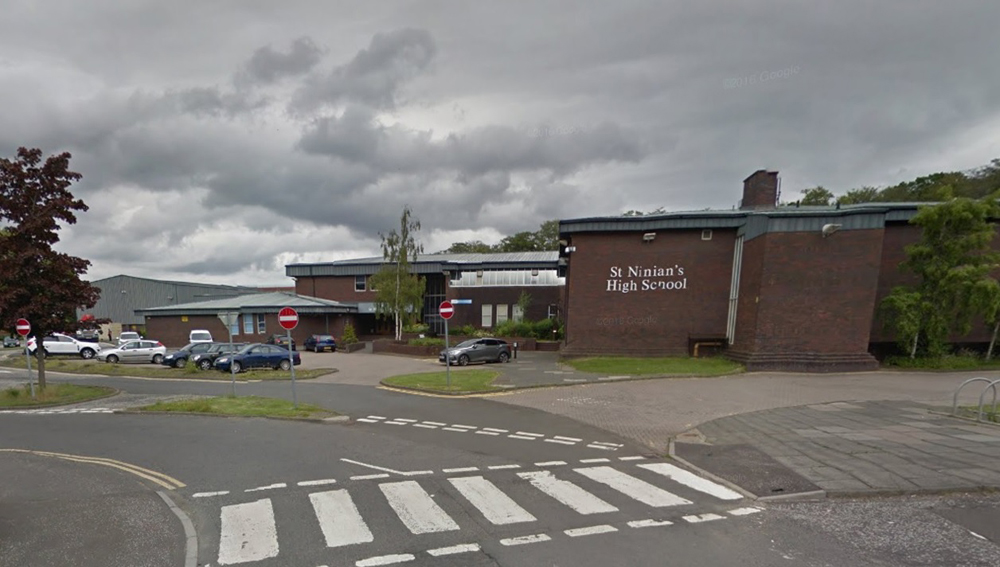 It read: “‘Your shorts are too short’

“Since when is it a female’s responsibility to make sure boys can concentrate on their school work.

“I am a young lady, if you’re sexualising me, you’re the problem.

On St Ninian’s school website, the 3rd and 4th year uniform guidelines state that pupils are allowed to wear dark-coloured shorts for PE.

“Absolutely no football or designer tops, shorts or tracksuit trousers.”

A spokeswoman for East Renfrewshire Council said: “Gym shorts are part of the school’s PE kit for girls and boys and as such no one has been told not to wear them.

“One pupil was recently asked to ensure that they wear the regulation school PE kit but at no time has anyone been excluded from gym for wearing shorts.”