BLUNDERING road workers put up roadwork signs that warned drivers both lanes of a dual carriageway were open and shut at the same time.

A sign on the slow lane of the A82 in West Dunbartonshire warned that the right hand lane of the eastbound carriageway was closed in 400 yards.

But a sign on the fast lane at exactly the same spot said the left hand lane was shut.

The signs were placed just yards away from the Lomondgate roundabout, north of Dumbarton, known in the past for being a hot spot for signage mix ups.

It has since attracted hundreds of likes and comments with many branding roadwork workers as “numpties”, “daftys” and “donkeys”.

Davie Jones wrote: “It’s not called Dumb Barton for nothing.”

Angie Davis Mua said: “No wonder the traffic was so bad.”

And Martine Lampron-Gleghorn said: “Maybe that’s the way to Narnia…”

When the Lomondgate Roundabout was first installed in 2008, wrong speed signs meant drivers on the same road faced different limits – depending on what direction they’re travelling.

Transport bosses have been left red faced in the past over road sign blunders across Scotland.

Earlier this year a sign near to Birniehill Roundabout in East Kilbride said that the road was closing from until Sunday February – despite February only having 29 days this year. 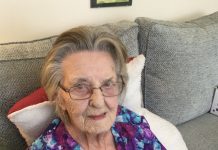 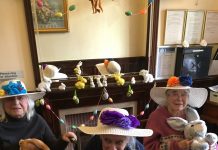 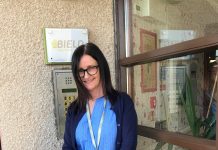