BARRIE McKay’s stunning strike in Rangers’ Old Firm Scottish Cup win over Celtic has earned him a nomination for the PFA Scotland goal of the season award.

The on-form winger, who capped a magnificent display against Celtic with a sensational extra-time strike into the top corner, is joined by nine others in the running for the accolade, which is decided by a public vote.

McKay’s Ibrox team-mate James Tavernier has also been nominated, for his incredible volley in the Petrofac Training Cup final triumph over Peterhead. 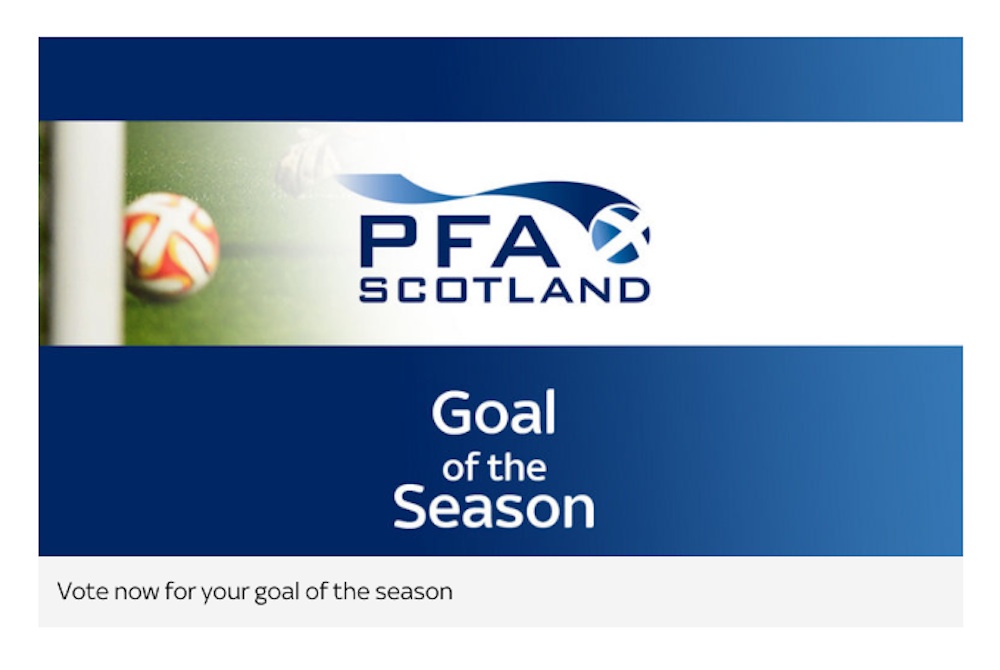 Celtic pair Leigh Griffiths and Tom Rogic have made the short-list for goals against Hearts and Kilmarnock, respectively, whilst Dundee’s Greg Stewart is the other Premiership player in with a chance of the award.

Online voting will close at 5 p.m. on Friday and the winner will be announced at the PFA Scotland awards dinner on Sunday.