Not many Scottish footballers prepare to travel to the modest surroundings of Stranraer’s Stair Park by recalling memories of a raucous title chase in Cyprus.

Then again, few players from these shores boast the breadth of experience of Mark Fotheringham, the Livingston midfielder, who counts SC Freiburg, FC Aarau and Anorthosis Famagusta among the destinations on his varied CV.

It is that eventful one-year stay in the Mediterranean during the 2010/11 campaign, turning out for perennial title challengers Anorthosis, that he will draw upon on Scotland’s west coast this evening. 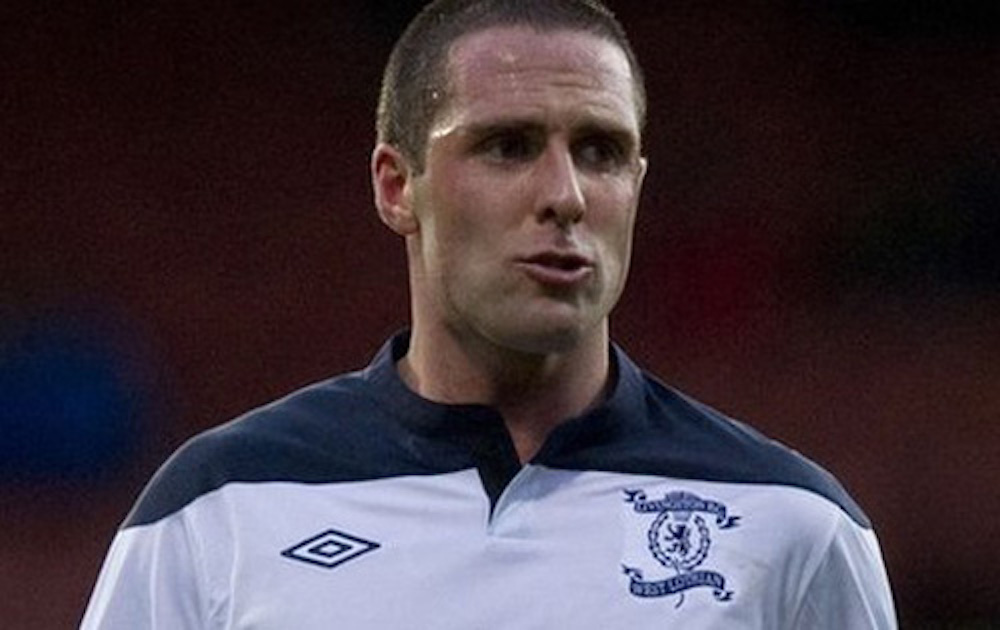 Anorthosis ultimately lost out to APOEL, who would go on to reach the quarter-final of the Champions League the following season, however Fotheringham lapped up every moment of the drama and intensity of the league finale.

“The playoff memory that really stands out is with Anorthosis Famagusta in Cyprus, where you playoff for the title,” the 32-year-old said. “We had some great games against APOEL, who did really well in Europe, and I absolutely loved the playoffs.

“You had 25,000 fans at those big games, the atmosphere was incredible and the passion was unbelievable. It was intense and is the type of occasion you love to experience.

“This will be a wee bit different! But it will be a really, good test and a brilliant chance for the lads to go and show what they can do and make sure we stay in this division.

“It’s a unique experience I’ll be able to draw on, maybe. I’m lucky enough to have played for some top clubs and in some big leagues all over the world. This will be another good challenge.”

Fotheringham insists he has no regrets about signing up for a relegation fight in January, lauding the young talent at Almondvale such as Danny Mullen, Ryan Currie and the much sought-after Matthew Knox.

“Let’s be honest, I knew where the club was when I signed,” he added. “We had one win in 12 games and were in the relegation zone. But I’ve enjoyed every minute and the young players, with their enthusiasm, are keeping me young!

“There will be no shortage of belief from our side at Stranraer. We have played out of our skin in some games, and haven’t had the rub of the green on some occasions – otherwise we would have probably got out the bottom two.

“But we would have taken this all day, it’s a chance to stay up through the playoffs, so let’s get down to business and get the wins.”