Houston Dynamo manager Owen Coyle has been told by club president Chris Canetti that ‘it’s time to get results’ following a disastrous start to the MLS campaign.

Dynamo are currently rooted to the bottom of the Western Conference after winning just one of their opening eight games.

Former St Johnstone and Burnley boss Coyle’s side have also only managed to pick up one point from a possible 18 in their last six outings – the latest defeat coming on Saturday in a 2-1 loss to Salt Late City. 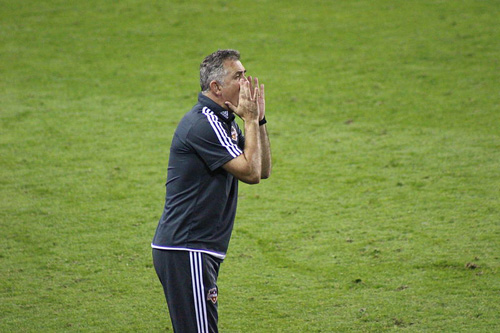 Despite backing Coyle to turn Dynamo’s fortunes around, Canetti is expecting an immediate response from the team.

He said: “This is a bottom-line business. We all understand that. Results are what matter here.

“While we felt like we had some moral victories early on and some things that were bad breaks, it’s time to get results.

“Right now it’s about believing in each other, staying strong and fighting through this.

Paisley-born Coyle, speaking to the Houston Chronicle, said: “Teams are not opening us up and carving us up.

“We’ve been in good shape. We’ve been organised, everything is there. We have to be focused when it comes to making key decisions.”