East Stirling manager Craig Tully admits he is leaving no stone unturned in his bid to preserve Shire’s proud league status – after taking 11 of his squad to spy on play-off rivals Edinburgh City.

Tully has watched Saturday’s pyramid final rivals in their last three matches and as East Stirling’s last League Two clash at East Fife was a dead rubber at the weekend, he decided to invite an entire team to watch City see off Cove Rangers in the semi-final at Meadowbank. 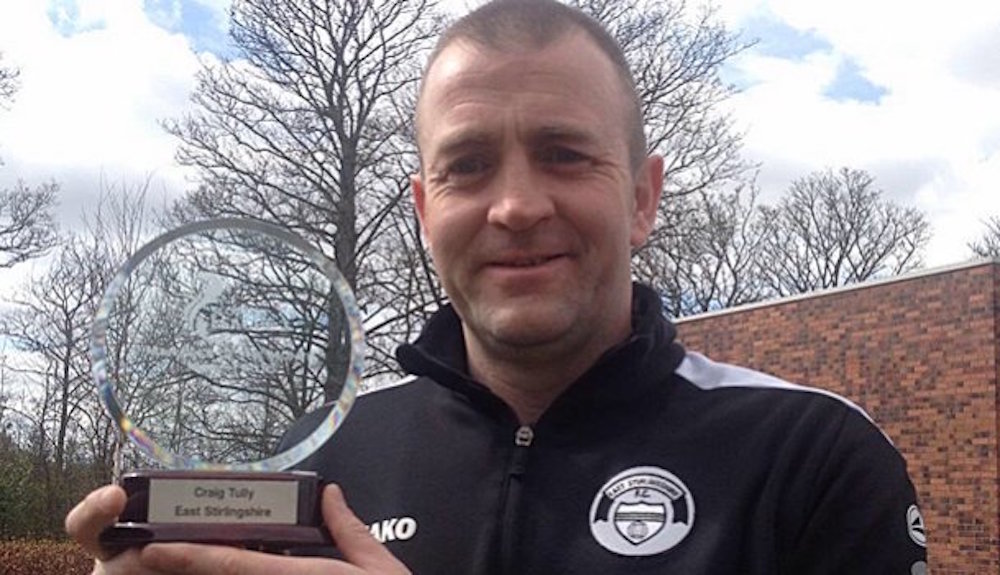 The struggling part-timers have enjoyed an unbroken run in the professional ranks since 1955 and Tully, armed with plenty of information about the Citizens, is desperate to see off the threat from the Lowland League champions.

Speaking ahead of tomorrow’s first leg at Meadowbank, Tully, whose side finished seven points adrift at the basement, said: “It’s a massive game for both clubs. No-one wants to be the team that is the first one to be relegated through the pyramid play-offs.

“I’ve been to their last three games and I actually had eleven of my squad with me at the Cove game on Saturday, we’re giving them the utmost respect.

“I brought them along to see what they’re up against. Some of them were injured and suspended for the weekend anyway so it was a chance for them to what City are all about.

“I’ve obviously seen them play three times and they’re a very organised team, and they’ll be hard to break down.

“They play their formation really well so we’ll face a difficult couple of games.

“I’d like to think we’ve got the players that can get through it. We’ve been working on a few things in training this week and hopefully it will pay off for us.

“There’s no pressure for us. Everyone knows how the club is struggling financially and it’s been like that for the last ten years. It’s obviously difficult to attract players, it’s an ongoing problem.”