Darren McGregor insists Hibs can produce a Marvel-lous comeback against Raith Rovers – after escaping the playoff pressure-cooker by going to see Captain America.

The 30-year-old, a boyhood Hibee, has been using trips to the flicks to relax as the capital club attempt to navigate a nerve-shredding end to the season, with promotion and Scottish Cup glory still a possibility.

Having lapped up comic-book creations and sporting feel-good story, Eddie The Eagle, he has enjoyed plenty of inspiration as Hibs attempt to produce a heroic display of their own. 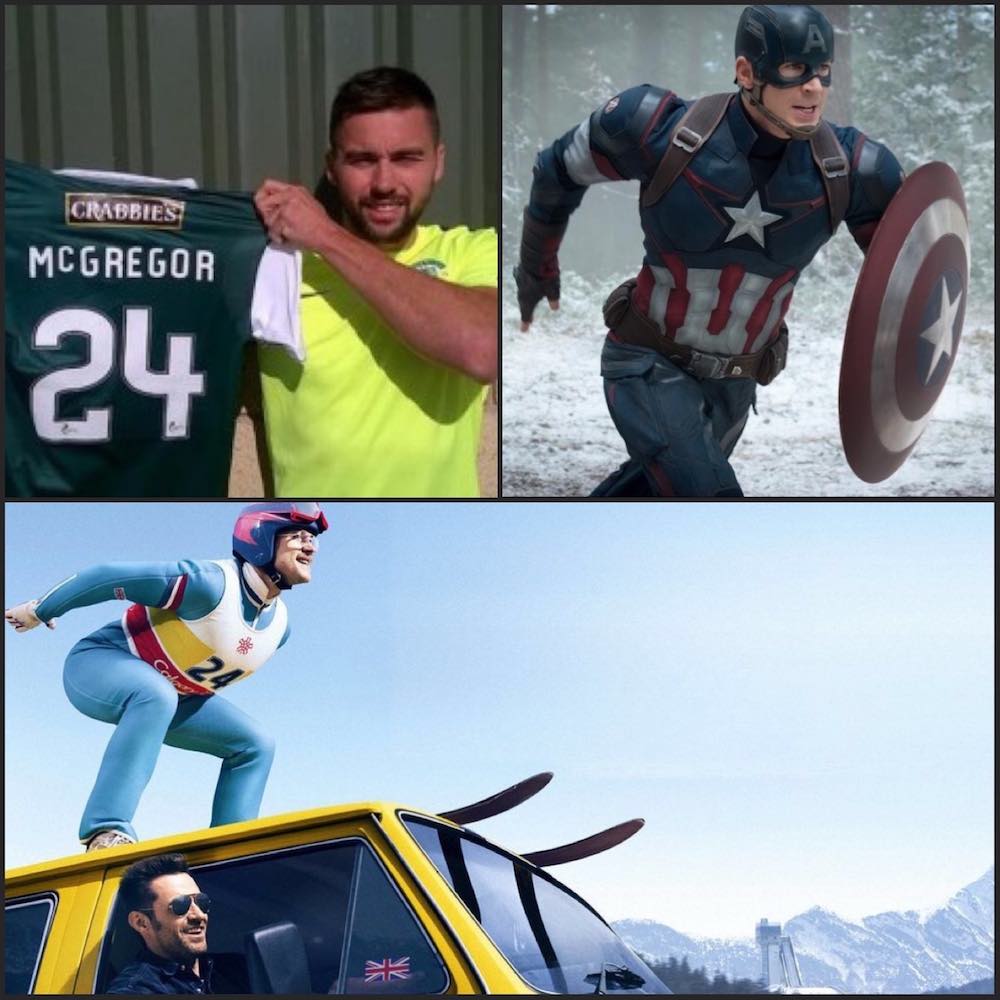 And, given the capital club’s previous playoff campaigns, a dramatic finale worthy of the silver screen is more than likely as they chase a 1-0 deficit against Raith Rovers.

“I went to the cinema on Thursday night to see Captain America,” he smiled. “That was good – especially in 3D at the Imax. But at £16 a ticket you need to be on Anthony Stokes’ wages to make a habit of that!

“I’ve seen Eddie The Eagle too. It’s decent and an inspirational story, even if only five per cent of the film was true.

“That does help. You need to switch off, so it is good to go somewhere and not think about the game. Football’s a pressurised situation. Fans expect you to win week in, week out, especially at a club like this.

“We need to write our own story and that starts this weekend. As a football player you want to play in those big, important games; the ones on a knife-edge that you can come out of as heroes.”

McGregor believes Hibs are well placed to rise to those expectations when Rovers visit the capital, insisting they can defeat any side in Scotland on their day – even if ‘their day’ has been rare of late.

“We’re in a situation where we can still get promoted, we’ve been in a national cup final – albeit it never ended the way we wanted – and we’re in another one,” continued the former Rangers defender. “There are two sides to the coin.

“I totally empathise with the fans who are looking at it from the negative perspective in the sense that we’ve lost a cup final and we’re 1-0 down to Raith in the play-offs. But as a player you need to look at it and say we’re still right in the tie.

“We’re well aware of the hype behind it and all the terminology that’s used to describe our efforts. All we can do is perform to the best of our ability and we know that if we do that, we’re good enough to win.

“That’s not to say by any stretch that we’ll thinking ‘we’re Hibs, so we just need to turn up’. That’s maybe been misconstrued over the past few weeks. We know that on our day we can beat any team in Scotland but it’s no use me saying that here – it’s all about proving it.”

And, having been part of nervous crowds at Easter Road as a supporter, he has called on the crowd to afford Hibs a degree of patience in their efforts to claw the tie back.

“Fans’ anxieties can sometimes come on to the pitch, there is no doubt about it. I’m a fan, I understand it,” he added. “When you are on the terraces, you want them to win, play well; you want everything.

“From our perspective the support is huge, and we have been given that. In the important games, they’ve always been there. All I will say is with the fans cheering us and supporting us, it gives you that extra lift.”