Hearts midfielder Perry Kitchen admits he is dreaming of playing in the Copa America for the USA  – even if it means having no summer break.

The 24-year-old has been included in head coach Jurgen Klinsmann’s provisional 40-man squad for a tournament that is celebrating its centenary.

And to make it even more inviting for the former DC United playmaker, America, who have only accepted an invitation to play in the Copa American on three previous occasions, are hosting the competition. 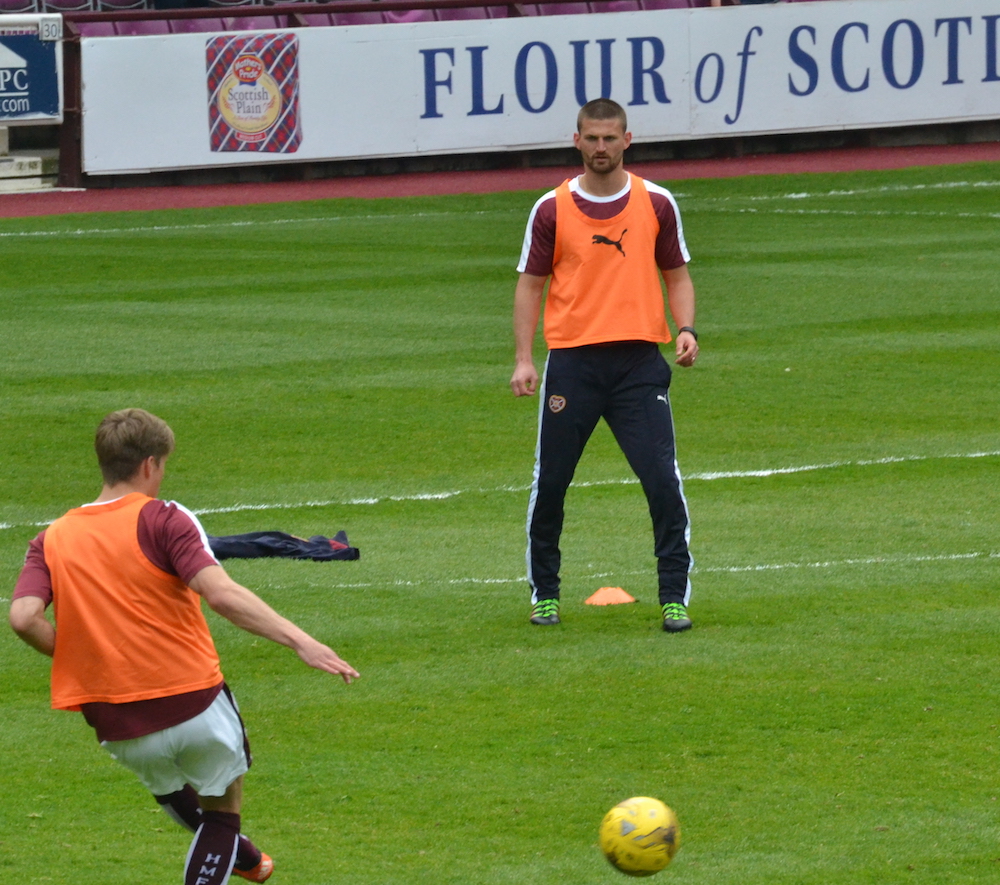 Kitchen, who made his seventh Hearts appearance in Saturday’s 1-1 draw with Ross County, is expected to find out if he has done enough to make the final cut after Saturday’s final league match at home to St Johnstone.

He said: “It’s an honour to be in the provisional squad, for sure. It would be great to be included in that but that’s up to Jurgen and the staff.

“The final squad selection will be reduced right after the season is finished.

“It is what it is, I can’t control it. If I get an e-mail saying that I’ve made it then awesome. If not, I’ll focus on playing well.

“It’s very exciting that we’re hosting it, we’re obviously not usually in that tournament.

“For the 100 year celebrations they’ve included us and a couple of other teams. There will be a lot of good sides in the tournament and it will be exciting.

“From the World Cup in 94, I think we’ve proven we’re a good host country.

“We have Colombia, Costa Rica and Paraguay in our group.”

Should Kitchen be included, he faces the prospect of having no break. Hearts are due to return to training on June 15 ahead of their Europa League first qualifying clash 15 days later.

The Copa America starts on June 3 and the final will take place on the 26th of the month.

Hearts head coach Robbie Neilson has already given Kitchen his blessing to join up with his country and the player, who made the switch to Tynecastle in March, is confident he could handle playing right through.

He said: “It’s great to hear that the manager would be happy for me to go away with the squad. Anytime the manager is behind you, that’s good.

“He’s spoken to me and it will definitely be a tricky situation, obviously not getting a break, but it’s kind of beneficial since I came in half-way through the season.”