ANTHONY Stokes insists his focus is firmly set on achieving Hibernian’s twin aims – but admits catching the eye of the new Celtic manager would add polish to the silverware he hopes to get his hands on.

The 27-year-old was yesterday omitted from Martin O’Neill’s 35-man preliminary Republic of Ireland squad for this summer’s Euro 2016 but has plenty to occupy his thoughts at club level as he prepares for tonight’s play-off semi-final against former side Falkirk.

The striker moved to Hibs on loan from Parkhead in January and is expected to be a key figure if Alan Stubbs’ team are to progress past the Bairns and set up a tilt at promotion against Kilmarnock. 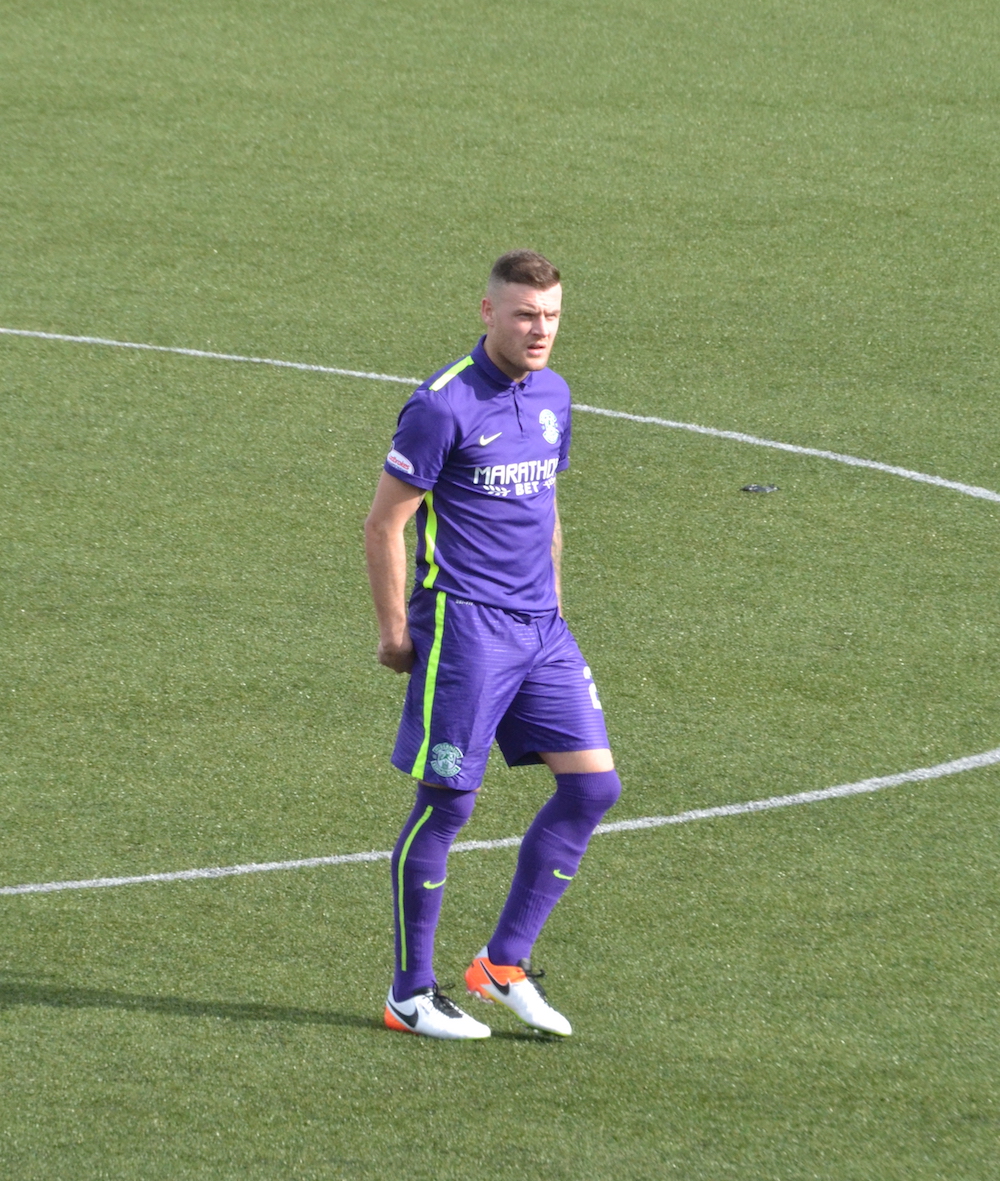 That two-legged affair would be played either side of next Saturday’s Scottish Cup final against Rangers, when Hibs will again attempt to lay to rest a Hampden hoodoo dating back to their last triumph in the competition in 1902.

Stokes, who has netted seven times in 23 appearances for Hibs, is adamant promotion and a cup victory is the be-all and end-all, however they are achieved.

But, as Celtic hunt a successor to departing boss Ronny Deila, he is fully aware there could be welcome consequences if he was to play a pivotal role in those hoped-for successes.

He said: “If we get up and I get myself back into the Celtic team then I won’t be too disappointed, put it that way.

“I’ve always said I want to go back to Celtic at the end of the season, but there are (potentially) four games left and I’m fully focused on Hibs, because there’s so much to play for and so much you can achieve over those four games.

“I genuinely don’t have another thought in my head at the moment.

“(But) listen, if I score a couple of goals against Rangers and we win the cup, and I score a few more and we get promoted, it won’t do me any harm.

“But, taking out the headlines and scoring the goals, if I can contribute to the team and we get promoted and win the cup I’ll be as happy with that.”

During almost six years with Celtic, Stokes has enjoyed four Premiership title wins, two Scottish Cups and a League Cup, but claims he has felt the pressure of trying to edge past Falkirk to take another step closer to promotion with Hibs more.

After a tension-packed 2-2 draw in Tuesday’s first-leg, players on both sides will be well aware their club’s hopes of going up to the top-flight rest on tonight’s return leg.

However, Stokes believes there is a quiet confidence in the Easter Road ranks as they bid top cope with yet another high-pressure encounter.

He added: “I think we are quite content. We know ourselves the result (on Tuesday) could have been quite different.

“It is what it is and we’ll just go in fully focused and with the same attitude we’d have had if we were a goal or two up. We’re going there to win the game.

“The pressure is on both teams, it’s who handles it the best.

“But if you watched the game the other night you could see there was no nerves from us, we played our football, we played the game exactly how we wanted to.

“That will be no different. We’ll do exactly the same things.”

Asked to compare the situation with his time chasing silverware with Celtic, he added: “It’s probably more stressful, to be honest with you.

“A few of the boys in there haven’t been in this situation before where these are must-win games.

“Listen, we’re all fully focused on the games. We know exactly the magnitude of the task ahead of us.

“But I don’t think anyone is afraid.

“You could see on Tuesday night we played exactly how we wanted to, no-one hid away. Everyone wanted the ball and that’s what you need in these games.”