IT MAY not be regarded as the theatre of dreams it once was, but Clyde midfielder Scott McLaughlin hopes Hampden can provide him with fresh memories of success as he eyes a promotion party against Queen’s Park.

The 32-year-old was just a raw youngster when he lifted aloft the CIS Cup in the wake of a late substitute’s appearance in Livingston’s shock triumph over Hibernian at the national stadium in 2004.

This afternoon’s visit 12 years on presents an arguably bigger challenge for McLaughlin and his Bully Wee team-mates following Tuesday’s 3-1 defeat at home in the first-leg of their play-off final against Queen’s Park. 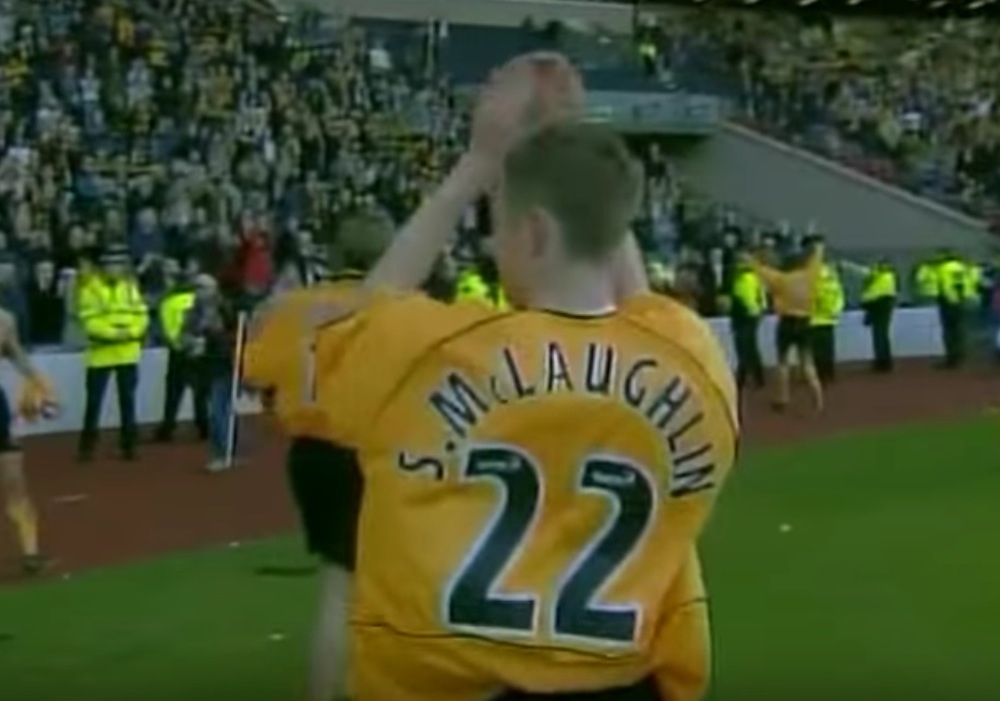 However, the well-travelled former Morton, Airdrie United, Ayr United, Queen of the South and Peterhead player is confident Barry Ferguson’s outfit will be energised by their surroundings as they bid to turn around their fortunes.

McLaughlin, who lost a First Division play-off semi-final with Morton against Peterhead in 2006, said: “You couldn’t get a better place to play your football than Hampden and the boys are looking forward to going there. Hopefully it will inspire us.

“I was at Livingston when we won the CIS Cup there in 2004. I came on as a sub in that game and it was a great occasion.

“I’ve got great memories of Hampden from that win because we created a bit of history for Livi by winning that day.

“I also played in the semi-final when we lost to Celtic in the Scottish Cup a few weeks later, so it’s a wee bit mixed.

“But it’s a fantastic venue and we’ll go there and give it a go and you never know what can happen in football.

“We have to make sure we relish the occasion and play the game, and see where that takes us.

“At the start of the season, we wanted to win the league. Obviously, we never did that, but to be promoted this way would be just as good for us.”

It has been an emotional time for everyone connected with Clyde this week after last weekend’s horrific news of the sudden death of former team-mate Chris Mitchell.

Mitchell left the Bully Wee in February after eight months at the club but McLaughlin’s ties with the former Scotland under-21 cap can be traced all the way back to when Mitchell was a youth player at Livingston.

McLaughlin insists the shattering loss of his former team-mate will add extra motivation to Clyde as they bid to turn their fortunes around.

He added: “It was absolutely devastating to get the news last weekend about Mitch, so I think it would be brilliant if we managed to do it for him and his family.”