A RESTAURANT has been mocked after producing a “middle class munchie box” packed with salad, gammon, and flour tortillas.

The traditional munchie box is infamous for its 3,000-calorie combination of kebab meat, chips, cheese and other deep-fried delicacies.

But an eaterie in Ardrossan, North Ayrshire, has come up with a “healthy eating” alternative for those wanting to refuel after a jog or yoga session – rather than a heavy drinking session.

The £5.99 box – on sale at PJ Buttercup’s Mexican in the seaside town – includes a tortilla, cherry tomatoes and a leaf salad. The pizza box also contains a boiled egg, sliced gammon, raw red onion, nachos, chicken mayo and a sprinkling of cheese.

It is estimated that the middle class munchie box weighs in at around 700 calories – around a quarter of its considerably more calorific cousin.

But the creation has been met with scorn from diehard junk food afficionados.

Jenny Rattray, from St Andrews, reacted to the image of the box, asking: “Is this some form of joke?”

Steven Mcphee added: “That’s not a munchie box. Where’s all the yellow food?”

Another jokingly declared it “the ultimate betrayal to everything Scottish people believe in”.

Adam Dobson added: “Definitely what you want on a Friday – beer, film, and, ‘Oh I fancy a boiled egg, some ham and a load of veg.’ Nope. I’ll stick to pizza thanks.” 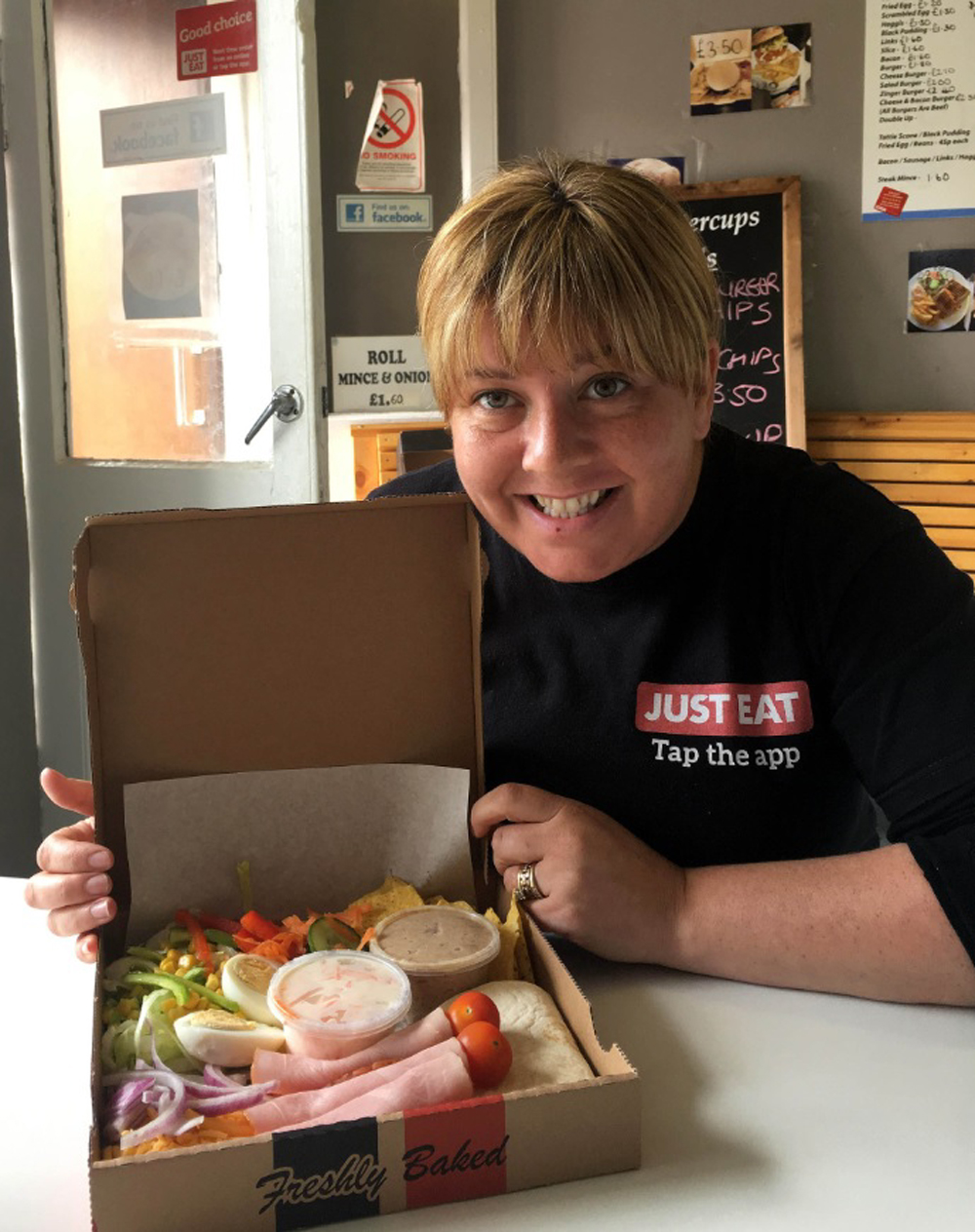 Others have laughingly pointed out that the munchie box – originally served up in the cheap takeaways of Glasgow – has finally been gentrified by the middle class.

But manager and owner of PJ Buttercup’s, Nicola Robb, 33, said the new box had proved “very, very popular” with 20 sold in the day since it was added to the menu on Tuesday.

Nicola said the box was her idea, and grew out of her struggles with her own weight – and that even more healthy versions of the box, with wholemeal bread and no mayo – are also on offer.

She said: “We had done the breakfast munchie box just before Christmas and because it’s summer we wanted something new.

“In the summer people are wanting things like baked potato and salads.”

Describing the dish, she said: “The box itself would probably feed three people. It’s all local produce.”
She also explained that the dish is aimed at daytrippers travelling to Arran on the ferry, as it is light easily packed in a backpack for a picnic.

Tam Fry, spokesman for the National Obesity Forum, had mixed feelings about the dish.
He said: “As munchie boxes go, it’s not that bad.

“It’s got quite a lot of salad in it, therefore I would think that it is a better deal. It’s got a lot of mayo in it – I would prefer that it didn’t have that.

“They make the point that it’s for three people, so that helps, but the problem is that it might all be eaten by one person.

“The problem is that if you are all by yourself and you buy a munchie box you are inevitably going to eat it all.”