In what is sure to be a fraught and fiery Scottish Cup final against Rangers, Hibernian can count on one man to relish the fight.

After all, Easter Road defender Niklas Gunnarsson spent his early years pursuing a passion for martial arts, displaying a proficiency for Karate which saw him on the verge of attaining his Black belt by the age of 13.

It was an ambition nurtured by his father, Ronny, who boasts a coaching career in Norway, Sweden and as manager of the Faroe Islands national team. He also spent several years as a respected football columnist. 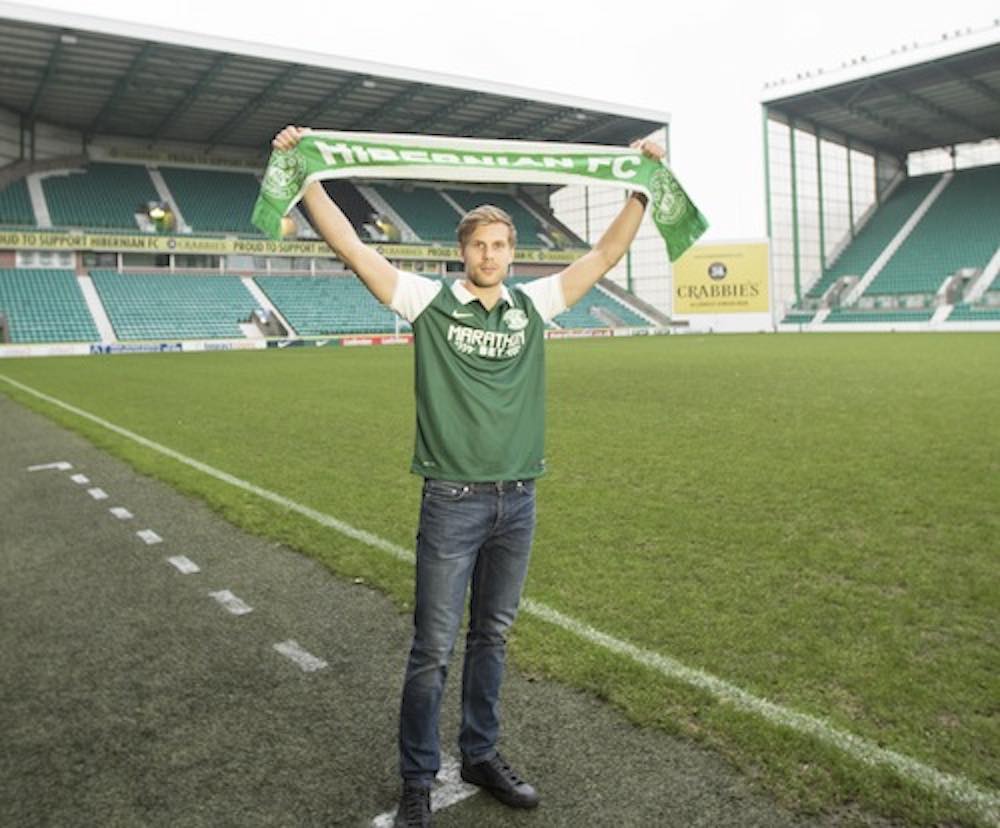 Despite 30 years in the game, he refrained from pushing his son towards a career in football, allowing the rangy defender to forge his own path.

Nevertheless, at the age of 13 Niklas chose to dedicate himself to football – and on Saturday afternoon Gunnarsson Snr will fly into Scotland in the hope of witnessing his son earn a place in Hibs folklore.

“My father is coming over,” said the 25-year-old. “It will be nice, he has meant a lot to me in my football career. He has always supported me and been a part of my game since I was young.

“My father has been involved in professional football for 30 years. I’ve learned a lot of things from him – but he has always allowed my to do the things I wanted to do.

“When I was younger I did Karate instead of football and he said ‘that’s just fine’. He wanted me to live my own life and he never pushed me in any direction, but when I became a professional footballer he has taught me many things and how I should behave.

“I was good at Karate. I was taking the black belt but there came a point when I had to choose. When I turned 13 I went to play football instead. I was too young to compete in competitions, that would have started at 14, but I had decided to play football.”

Gunnarsson may be new to the Scottish football scene, arriving on loan from Valerenga in January, however he has been well briefed on club’s tortuous pursuit of Scottish Cup glory.

While many of a Hibs persuasion would rather not mention the 114-year hoodoo, Gunnarsson is refreshingly willing to address the matter, and has been similarly happy to humour the advances of supporters on the streets of Edinburgh.

“This is the biggest game I have ever built up to, especially when you consider that the club has not won this final in 114 years,” said the former Norway under-21 international. “That is 100 per cent something we are aware of.

“I have heard a lot about the importance and, walking around the city, some people have stopped me when I am out shopping, having a coffee or out for my groceries. It is all in good fun – and you can see how much it means to the supporters.

“I have been told the Scottish Cup is more important than winning promotion. If we win that game then I think people will feel we have enjoyed a good season.”