New Raith Rovers boss Gary Locke is adamant he has nothing to prove following unsuccessful spells with Hearts and Kilmarnock, insisting he arrives in Kirkcaldy with his reputation in tact.

The 40-year-old’s appointment has been met with a lukewarm reception by Rovers supporters after he signed a two-year deal to become Ray McKinnon’s successor at Stark’s Park yesterday.

Locke was relegated from the top-flight with the Jambos in 2014 after toiling under a transfer embargo and 15-point deduction due to entering administration. He then left his post as Killie boss in January with the club second-bottom of the Premiership. 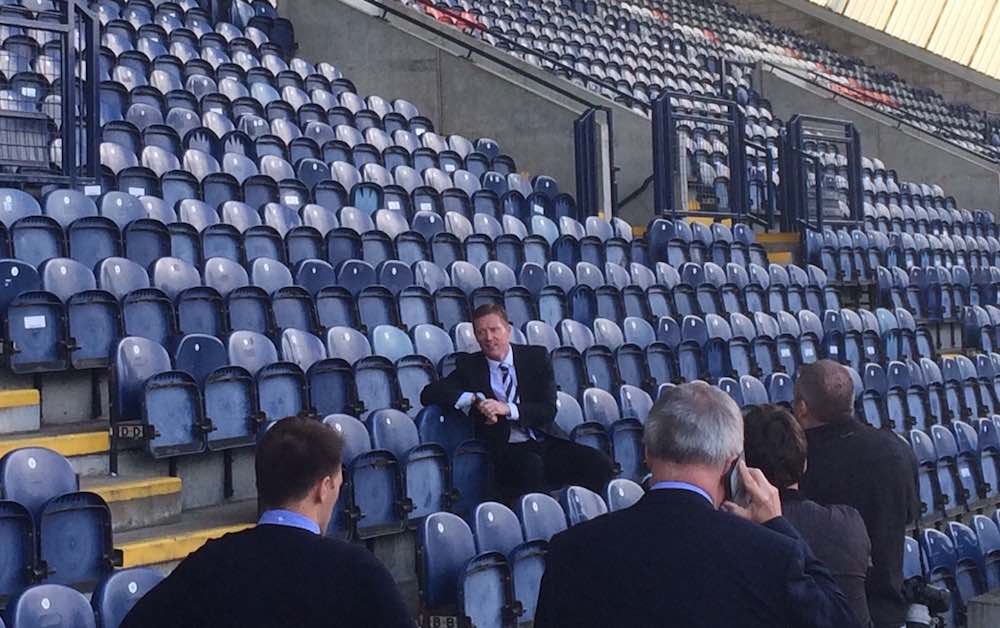 However, the former Bradford City man believes he has finally joined a club with the stability and spirit for him to make his mark in management.

He said: “My reputation is very much in tact. I don’t feel like I have anything to prove.

“This is a completely different challenge to the one I had at Hearts. For one, I can sign players here and we don’t have a 15 point deduction before we start!

“I felt I did the right thing at Kilmarnock but there were one or two things, which I don’t really want to go into, that stopped me from doing the job to the best of my ability.

“The right thing to do was to give someone else the opportunity to take the club on. That is a chapter of my managerial career which I have obviously learned a lot from, but that is closed now and I just want to do as well as I possibly can here.

“Hopefully this is a first real chance to stamp my mark on a club. The reason I have taken the job is that I get the impressions everyone is pulling in the right direction and it is a well-run club.”

Despite coming out fighting in his first press conference as Rovers gaffer, Locke admits there were moments “when the phone stops ringing” that he feared his opportunity at management may have passed him by.

He continued: “When you leave a club the phone is ringing non-stop – it is 24/7 – then you don’t hear from as many people and you certainly find out who your friends are.

“It can get a bit worrying when you go a period out of the game and people forget you were ever involved in it.

“I was over the moon when I got the call to meet the directors at Raith. I was positive about everything they had to say. They are a great, well-run club that won’t spend money it doesn’t have.”

And, while conceding it will be a “challenge” to replicate the successes of Ray McKinnon, whose magnificent achievement of earning a playoff spot landed him the Dundee United job, he is targeting another top-four position next term.

Locke added: “I think the playoffs need to be our target. We need to aim high. Just look at Leicester in the Premier League. Nobody had them down to win it, but with hard work, spirit and everyone pulling in the same direction, the showed what can be achieved.”

Meanwhile, Locke’s first order of business as boss was to secure the future of Craig Barr, with the big defender agreeing a new deal with the Fifers last night.