Falkirk manager Peter Houston has pleaded with the Bairns board to back him in the summer transfer market after claiming that the Scottish Championship is becoming one of the most competitive leagues in the world.

Houston was yesterday named the Ladbrokes Championship Manager of the Season after guiding his side to a second place finish before being beaten in the play-off final in a 4-1 aggregate defeat to Kilmarnock.

But with the competition expected to be even more fierce next term in a division that will include the likes of Hibs, Dundee United, St Mirren and newly promoted Dunfermline, Houston is determined not to let the grass grow under his feet. 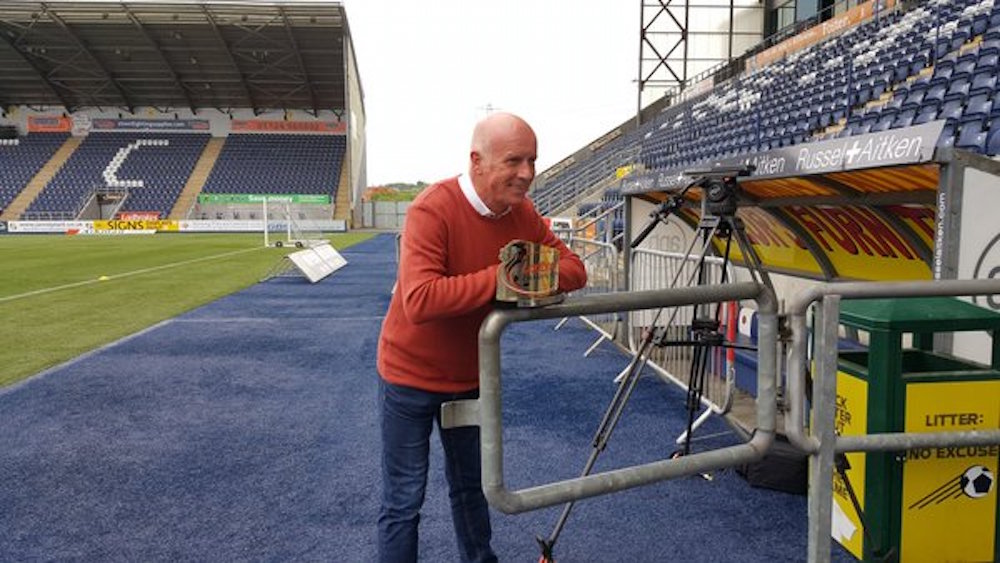 The 57-year-old, who met with the Falkirk directors yesterday to outline his recruitment plans for next term, said: “It was a great effort from the players but we were well beaten over the two legs and I know where we need to improve the team.

“Kilmarnock were much stronger than us physically and were better over the two games.

“You’ve got to get it out of your system and move on and that’s what we’re going to try and do. I’m in a better position mentally and if the Falkirk fans come out and by season ticket books then I might get some money to bring better quality in.

“I’ve said to the board where we need to strengthen and after Sunday we need to do that but it depends if the board can afford it – I can only ask the question.

“We’ve brought money in and the club is in a good position. But we still have to be run prudently and make sure our budgets are about the same.

“We have targets and I’ve spoken to people about players I’d like to bring in.

“Whether I’m going to be able to do that, that’s not up to me; that’s up to the board to decide. I certainly know we need to strengthen and get better and that’s after a season that we finished second.

“I won’t be bringing a lot of players in, maybe three. A goalkeeper and a couple of defenders.”

Rangers will not compete in the Championship next term but Houston reckons the league will be even more cutthroat.

He added: “Hibs will be stronger, United will be in the league and Ray McKinnon knows the division.

“St Mirren will be stronger. And whether we play Ayr or Dunfermline, Hibs or United, every game will be tough.

“The whole league will be competitive. This league is getting like the English Championship, which is one of the toughest leagues in the world.

“They play a lot more games, Saturday to Wednesday, but it’s much of a muchness. You can’t say who will win or who will get relegated. It’s tough but I enjoy it.

“I am excited about the challenge.”

Houston, meanwhile, insists a potential seven-hour round trip to Elgin City in the revamped BETFRED Cup will not bother him after Falkirk were placed in the northern section of the draw, which takes place tonight.

He added: “Scotland is not that big a place. A couple of hours in the bus and you’re there.

“It doesn’t frustrate me, I’m looking forward to it.

“It’s something new. We’re trying something and lets see how it works. The travel doesn’t bother me.”