Newly-appointed Raith Rovers assistant manager Darren Jackson admits Gary Locke has put a huge smile back on his face – 20 years after they used to kick lumps out of each other as players.

Manager Locke, who was unveiled as Ray McKinnon’s successor on Friday, wasted little time in asking his one-time Hibs rival and Hearts team-mate to become his number two.

Former Celtic and Scotland marksman Jackson had been out of work since leaving his post as first team coach at Dundee United in September 2015 when Jackie McNamara was dismissed from the helm. 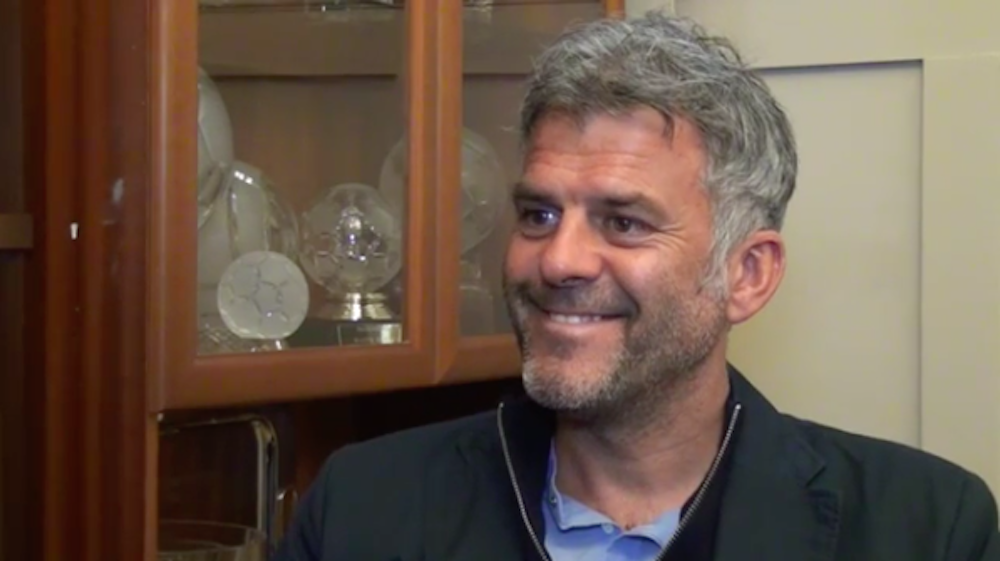 But the 49-year-old is thrilled to have been handed a route back to the dugout at Stark’s Park.

He said: “I’m over the moon to be back involved, you can’t wipe the smile off my face.

“I was relieved to get back involved, I had a couple of opportunities that I didn’t think were right for me.

“It would have been easy to take them because the longer you’re out of the game, the harder it is to get back in. Thankfully it’s come along and I just can’t wait to get started.

“I’m delighted, it’s someone I know well and the trust is there, which is what you need in football.

“The confidence he has in me to come in with him makes me feel great and I couldn’t be happier.

“I first came across Gary when we were team-mates at Hearts although we were talking the other day about when I was at Hibs and we used to kick lumps out of each other.

“We were good team-mates although we weren’t very close. I’ve always respected the job Lockie did at Hearts and what he did at Kilmarnock.

“They were difficult jobs at the time and I’m sure the experience he’s had at both will be good in the future.

“I’ve had good and bad experiences at Dundee United and hopefully that will help me and help us.”

Jackson has kept himself busy during the last eight months. As well as spending time at English Championship sides Derby County and Blackburn Rovers, the 28-times capped former striker has also taken in games most weeks.

He added: “I’m a wee bit older than Lockie but as everyone says, you don’t stop learning. You go to games to see how teams play.

“I went down south and visited Derby and Blackburn as well.  Those were great experiences, the facilities down there are outstanding the way they go about things is great.

“It’s been hard to try and stay motivated when you don’t see anything coming but you’ve just got to have belief that something will come.”