Defender Ben Gordon has rejoined St Mirren on a 12 month contract – 12 years after leaving the Buddies.

The centre-half is delighted to have been given the chance to remain in the Championship after he was part of a Livingston team that was relegated to League One through the play-offs.

Gordon was a youth team player with the Paisley club until 2004 before going on to turn out for Strathclyde University, Dumbarton, Alloa and latterly the Lions. 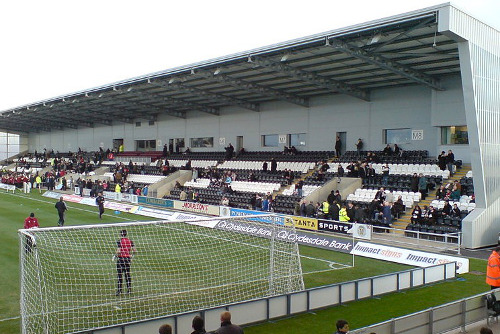 He said: “It’s a great club, I’m well aware of the history of it and I’m just happy to have signed for such a good club.

“I was out of contract at Livingston and decided to take my time and weigh up my options but as soon as I heard St Mirren were interested there wasn’t really much of a decision to be made on my part.

“I’ve played in the Championship for three years and feel like I’ve held my own.

“Wherever I’ve gone I’ve played every week and I think experience can be helpful in football so if I can use that to my benefits then I will.”

Gordon is looking forward to what is expected to be a fiercely competitive Championship, with the likes of Hibs, Dundee United and Falkirk vying for promotion.

Speaking to saintmirren.net, he added: “I don’t think there’s any doubt it’s going to be an exciting league with Dundee United coming down and the teams staying in the league like

Hibs and Falkirk as well – there’s no doubt it’s up there with the Premiership in terms of attraction to players.

“I’m looking forward to playing against the top teams and testing myself.

“I think everyone playing at St Mirren has to be ambitious and look up the way. I’m not going to look too far ahead.

“I’m just going to take it one step at a time, get myself into pre-season, get as fit as I can be and look to play every week for St Mirren.”

Dumbarton manager Stevie Aitken admits he is over the moon after captain Darren Barr signed a new one-year contract at the Cheaper Insurance Direct stadium.

The experienced defender made 36 appearances for the Sons last season after joining from Ross County under freedom of contract.

Barr played a key role in helping the part-time club avoid the relegation zone in the Championship and Aitken is thrilled to have the 31-year-old on board for another campaign.

Aitken said: “I’m very happy indeed that Darren has signed for next season.

“He’s been a captain on and off the pitch and we are pleased to get an extension deal agreed.”