NEW Hibernian head coach Neil Lennon has been handed a massive boost after vice-captain Paul Hanlon penned a new three-year deal to stay at the club.

The 26-year-old was out of contract this summer and had been linked with interest from Aberdeen and clubs south of the border.

Question marks hung over the future of the former Scotland under-21 stalwart, who put re-signing talks on hold last season as the Easter Road outfit unsuccessfully challenged for promotion and then triumphed in their historic Scottish Cup final last month.

The departure of head coach Alan Stubbs for Rotherham United and the arrival of Lennon just last week also further delayed a decision on the defender’s next move.

However, the boyhood Hibs fan was always keen to continue his love affair with the capital club and, after Lennon declared his desire to retain the stopper’s services, he put pen to paper on fresh terms at the club yesterday.

A three-year deal could see Hanlon, who made his first-team debut in January 2008, stay beyond a decade and earn a testimonial, but he has set the team more immediate goals in the wake of last month’s Hampden celebrations.

Hanlon said: “I’m delighted to extend my stay for another three seasons.

“There is a real excitement following the end to the season and with Neil coming in, and I’m looking forward to getting started again.

“The fans have been brilliant with me throughout my time here, and it’s great to see so many signed up for next season already.

“I’m now determined to build on our success from last season and get Hibs back to the Premiership.” 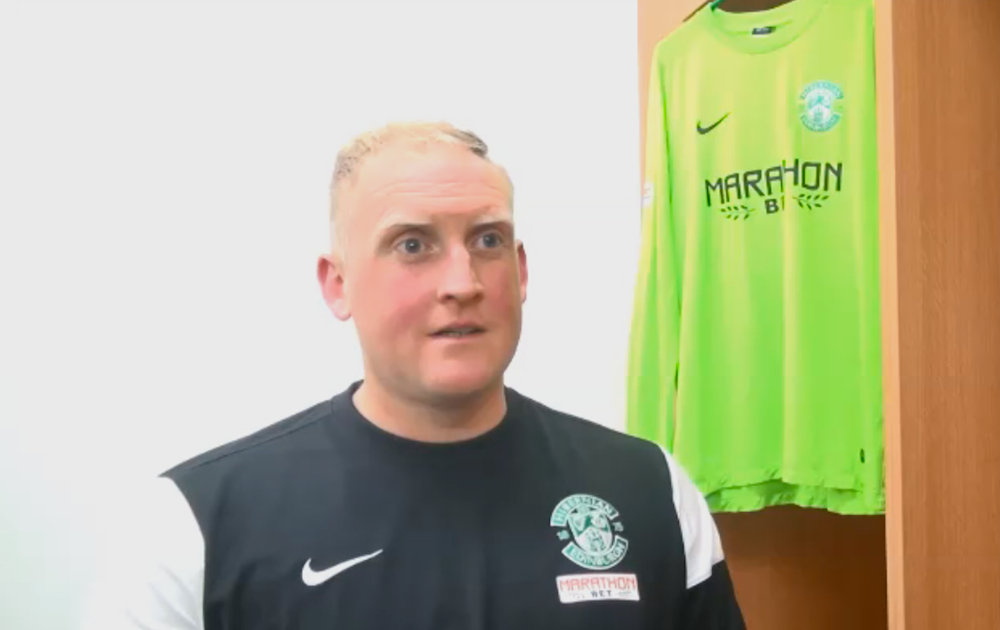 The 30-year-old joined Hibs in March on a short-term deal after Mark Oxley was suspended for the cup semi-final against Dundee United, and the former Leicester City shot-stopper turned in a man-of-the-match display to earn the capital outfit a cup final spot in a dramatic penalty shoot-out.

The portly Irishman, who hadn’t played in 18 months because of injury, went on to start the final and ensured legendary status by contributing to the club’s famous victory over Rangers.

It is understood a new contract was on the cards for Logan at Hibs had Stubbs remained in charge but Lennon’s arrival has cast serious doubt over a return for the fans’ favourite.