The 23-year-old signed a three-year deal with the Gorgie club on Tuesday after leaving Belgian top-flight outfit Sint-Truiden.

While the Liege-born player’s first target is to help Hearts achieve their domestic and European targets, he is also hoping to attract the attention of club’s south of the border. 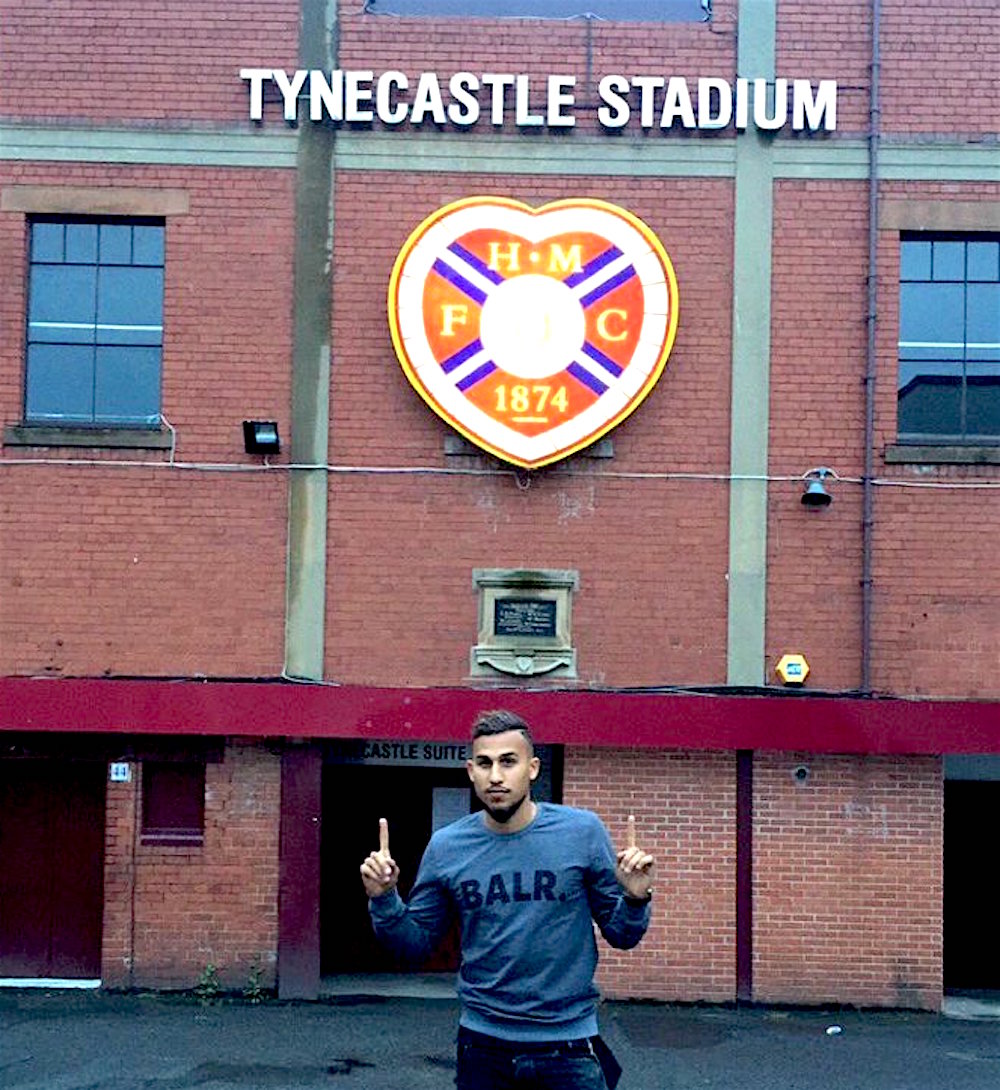 “My dream is to play in England, and I know that in Scotland the league is similar in physicality and the style of football that is played in England.

“This move is a chance for me to do well and adapt to those characteristics, and to one day achieve my dream of playing football. That’s why it is positive to come here and play well.”

The Moroccan Under-23 cap is relishing the prospect of making his competitive bow for Hearts in their Europa League first qualifying round clash on June 30.

He added: “Of course, for every player it is good to play in Europe. The Europa League is a very good competition and now I have the chance to play in it, which makes me very happy. I hope that we will qualify for the group stages.”

Rherras has arrived in Edinburgh after Nigerian cap Juwon Oshaniwa encountered a difficult first season at left-back for Hearts.

Igor Rossi and Jordan McGhee were also deployed in that position last term but Rherras is refusing to be fazed by the battle for a starting berth.

He added: “Every footballer knows that they have competition for their position. I am ready, I know that I have the capacity to help the team play better.

“I’m not scared about it, I’ll give my all and Robbie Neilson will make the decision on who is going to play.”

Rherras has linked up with fellow Belgian Arnaud Djoum at Hearts and insists his fellow French-speaking compatriot can help him settle both on and off the pitch.

He added: “For sure, it’s easier when you come to another country and you don’t really speak the language that you have someone who can help you.

“I’m happy that Arnaud is here and I will try to learn the language as quickly as possible.”