Raith Rovers boss Gary Locke reckons Chris Johnston has a point to prove as he attempts to bounce back from a campaign of injury woes.

The former Scotland under-21 internationalist made just one appearance for Kilmarnock last term before his season was prematurely ended when he suffered cruciate knee ligament damage in August.

Despite battling back to full fitness, he was released by the Rugby Park outfit last month and quickly put pen to paper on a deal with the Fifers. 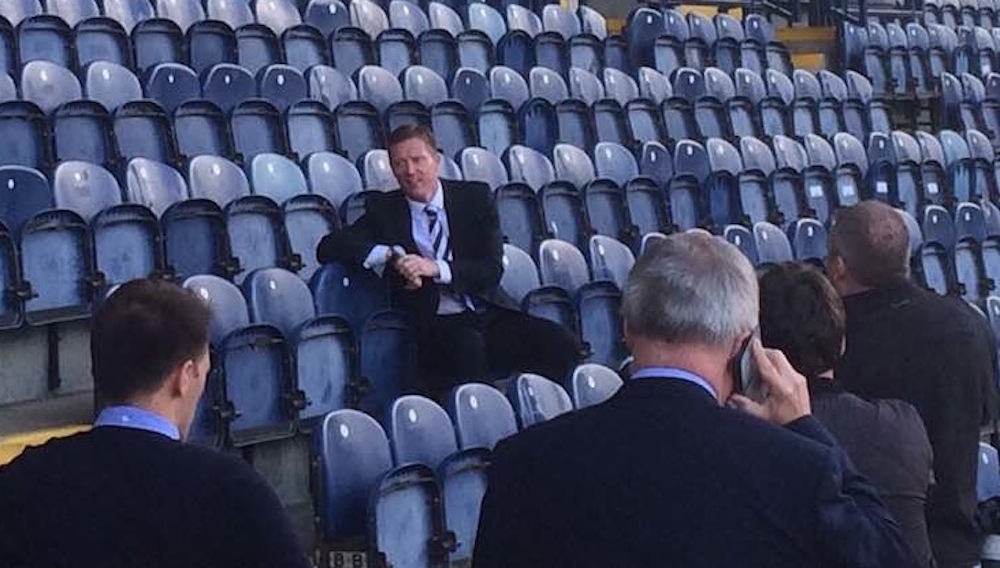 And Raith gaffer Locke, who managed Johnston at Kilmarnock, is adamant the tricky winger will be hungry to get a kick-start his career in the Championship.

“I know Chris really well and he was very unlucky last year, he got a bad injury and missed a fair amount of the season,” said Locke.

“However, I feel he is a player who will come in and excite the supporters, which is one of the things me and my assistant Darren [Jackson] like to do. We want to have a go at teams and we’ll certainly aim to do that.

“I hope Chris will come and show the potential that he has. He is a Scotland under-21 international so we are getting a very good player. He can add flair, is very direct and hopefully he gets us a few goals too.

“He also has a wee bit to prove in terms of getting his own career back on track after a year out, which is always difficult. I’ve experienced that myself as a player.”

Locke will take charge of his first training session since replacing Ray McKinnon at Stark’s Park when the first-team squad report back for pre-season this morning.

The former Hearts and Killie manager fully expects his players to “breeze through” the obligatory fitness tests – before he turns his attention on ensuring his side are ready to hit the ground running.

“The lads don’t get a big break these days and they come back in great condition,” he continued. “So we fully expect them all to be back on Monday morning in good shape.

“We have fitness tests in place, which I’m sure they’ll breeze through, then we can get onto the real stuff and get the balls out.

“I’m really looking forward to meeting a lot of the boys and working with them and I just hope we can emulate the success of the season just past. People tell me that we overachieved, and that might be the case, but hopefully we can overachieve again.”