ROBBIE Neilson has backed Jack Hamilton to prove he is Hearts’ number one next season after the young keeper held his own on Scotland duty this summer.

The 22-year-old had to play second fiddle to the experienced Neil Alexander last term but was handed an opportunity to shine at the end of the campaign when he started the final three fixtures.

The youngster then won a full international call-up for the first time for Scotland’s recent friendlies against Italy and France when he acted as understudy to David Marshall. 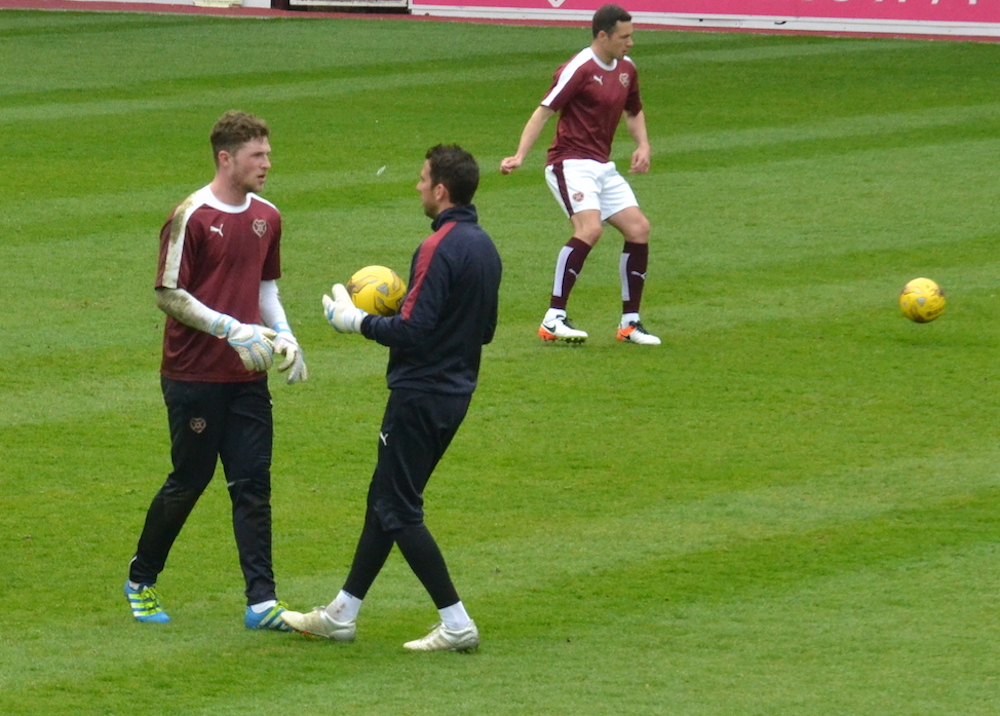 The reports Neilson received back from Gordon Strachan’s staff have given him confidence the Scotland under-21 cap now has what it takes to handle the pressures of being a regular first-choice.

And, although he is aiming to bring in another goalie, Neilson has revealed he is ready to put his faith in Hamilton ahead of the club’s Europa League first round qualifiers in less than a fortnight.

With the Jambos set to find out their opponents on Monday, the Gorgie head coach said: “Jack has come on a lot towards the end of last season and over the summer as well in the Scotland camp.

“I think he is at that stage now where he can handle it.

“I got good reports about him over the summer from (goalkeeping coach) Jim Stewart with Scotland.

“So, we’re really just looking at one to come in now to compete with Jack.

“We could have put him out (on loan) for another year, which I was looking at doing.

“But I think now this is his chance.

“Going away with the national team is a different environment and a difficult environment, and to hear he did so well fills me with confidence that he can go and do that in these big games.

“We could have gone out and got an experienced number one, but I just think he is at a level now where he can do it and we trust him to do it.

“The players like him, which is a big factor in it; they back him. So, I’m pleased for him.

“I’ve made the decision and it’s one I am happy with.”