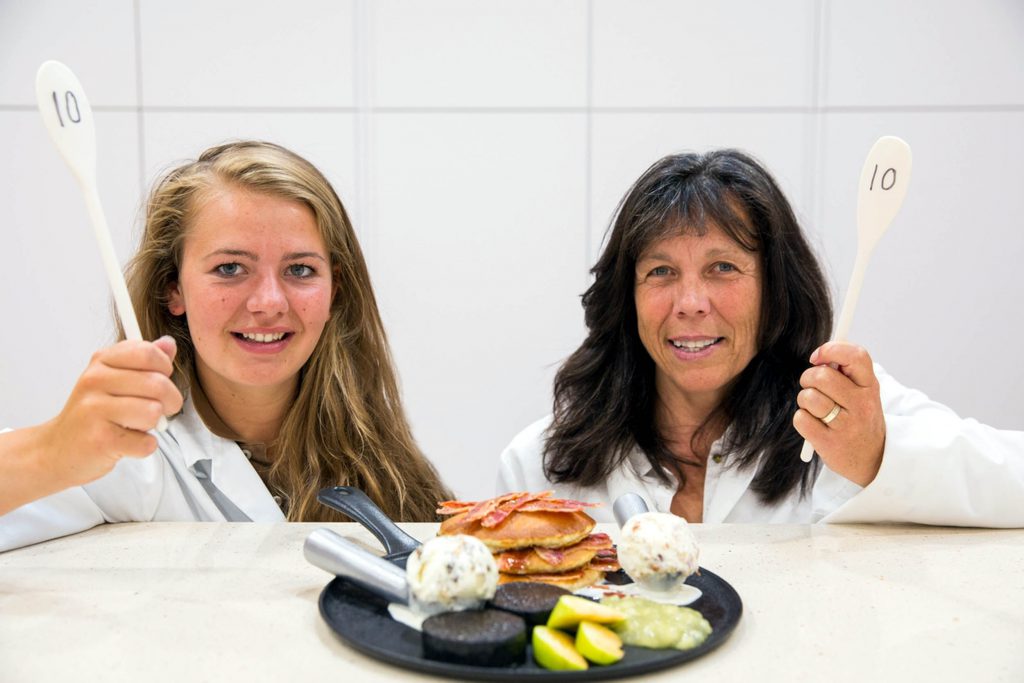 Mackie’s of Scotland has launched two new flavours set to please even the most diehard breakfast enthusiasts.

The first contains chunks of black pudding mixed with apple, and the second combines pieces of bacon with maple syrup and pancake.

Revellers at the Royal Highland Show have been putting the unique flavours to the test and voting on their favourite.

And whichever comes out on top may even be added to the list of flavours available in shops.

Part of the process involves drying out chunks of meat before they are crumbed and added to the traditional ice cream mixture.

It is hoped that the sweet and savoury treat will become a weekly breakfast indulgence during warmer summer mornings.

Karin Mackie, one of the three family directors, said: “There’s no doubt the breakfast flavours are about as experimental as you can get with ice cream.

“For many people the first reaction will be to turn up their nose at the idea, but we are urging visitors to give them a try before making a judgement.

“Personally I love the bacon, maple syrup and pancake, but the black pudding is also a striking flavour and is delicious with the apple. It might prove more popular, since black pudding is very much in vogue after being branded a bona fide superfood.

“At first both are unusual, but the combination of sweet and savoury ingredients really works. It won’t be to everybody’s taste, but who knows, in time perhaps ice cream can become a weekly breakfast treat as an alternative to the cooked breakfast.” 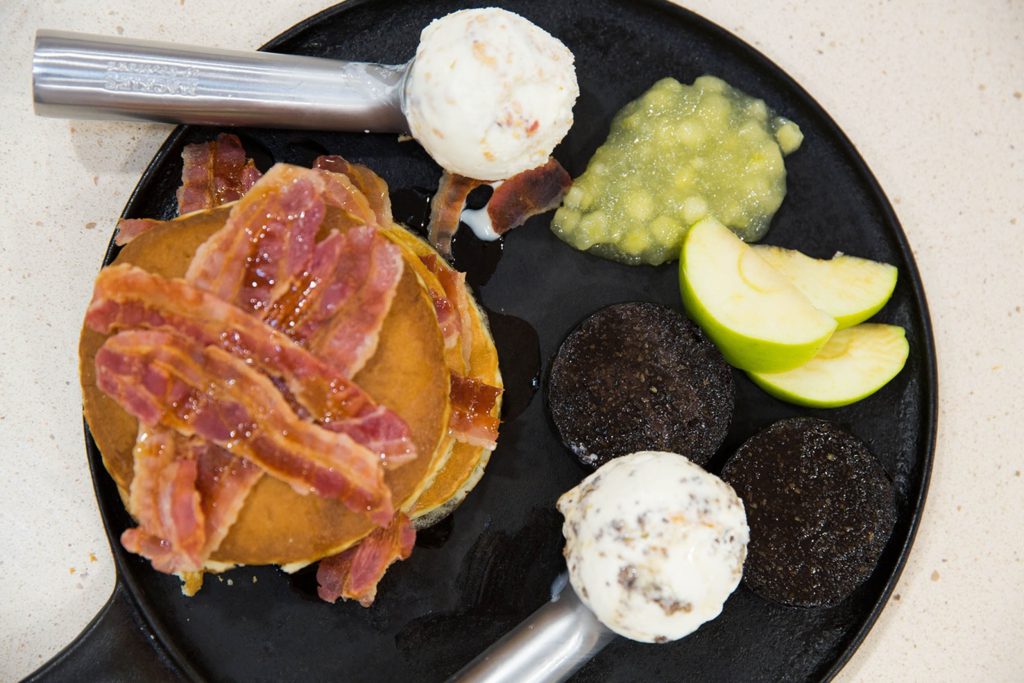 The high quality bacon and black pudding is sourced from Scottish butchers – meaning they are the same products that thousands fry up for breakfast every day.

A few scoops of the ice cream alternative equals around 600 calories – making it more forgiving on the waistline.

The two new creations are just a small part of Mackie’s decision to create 30 new flavours in celebration of their 30-year anniversary.

Other adventurous mixtures include banana and smarties, blue bubblegum and gin and tonic.

Karin added: “We’ve shown in the past that we will try our hand to all manner of limited runs and new ideas, so there is nothing to say we won’t turn one of our new creations from the event into a product you can get in the shops.”

Emma Sheer, 22, from Glasgow, was impressed with the bacon ice cream concoction.

She said: “Tastes exactly like pancakes, bacon and maple syrup. The ideal breakfast…I’d definitely swap my toast for this in the morning.”