Hearts yesterday unveiled a tribute to the players that fought and died in the First World War, a striking life-size bronze statue of a solider.

Seven of those players made the ultimate sacrifice. The bronze is the latest tribute to what Hearts regard as ‘the bravest team’.

The memorial clock at Haymarket, a commemorative cairn at Contalmison in France and a bronze plaque attached to the exterior wall of the main stand also remember that esteemed group of men. 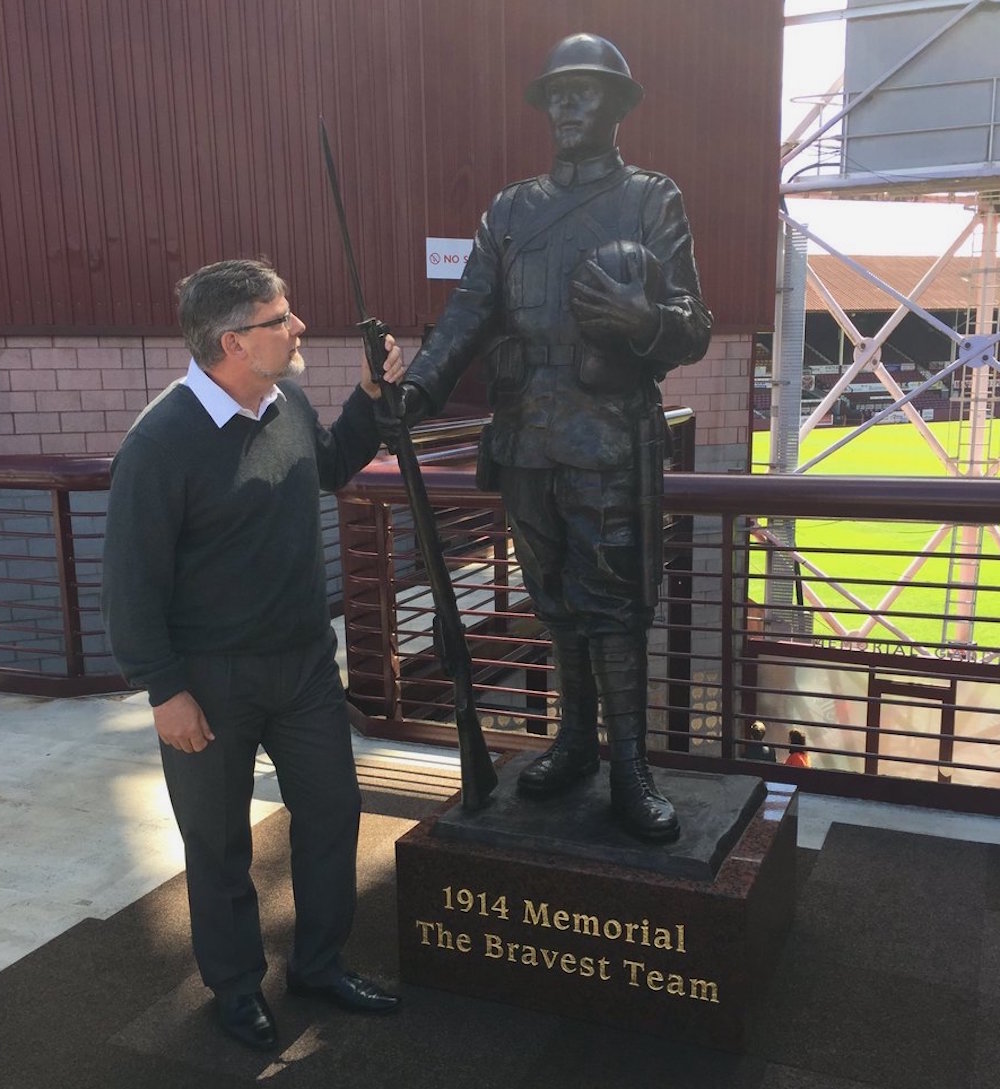 The statue, which was made with money raised by the 1914 Memorial Trust, stands guard over the newly opened memorial garden at the corner of the Wheatfield and Roseburn stands at Tynecastle.

Hearts director of football Craig Levein, who was given the honour of unveiling the statue, said: “It’s a real credit to the 1914 Trust.

“In probably the hardest period in the club’s history, they’ve managed to raise money that was needed for so many other things.

“It’s just a real delight to be here to see this being unveiled. You can see the magnitude of it.

“Everybody who comes to the stadium will be more than impressed by the job that’s been done.

“I’ve got a long history at the club. The longer you’re here, the more immersed you become in what the club’s all about.

“There’s been an awful lot of work done in the stadium as well, to try and give the supporters a more comfortable environment in which to watch the football.

“It’s been a good couple of years. All credit must go to Ann Budge for her vision of how she sees the club looking in three or four years’ time.”