IAIN Williamson insists Scottish footballers must be prepared to copy the drive and dedication of their Icelandic counterparts if the nation is to replicate the success story of Euro 2016.

The former Dunfermline and Raith Rovers winger is now in his fifth season in Icelandic football after leaving for Grindavik in 2012 and is thrilled with the way his adopted homeland has flourished in France.

Given his knowledge of the increasing strength of the country’s game, the 28-year-old was not shocked by Monday night’s historic 2-1 victory over England.

And he believes there are plenty of good reasons why a team from a nation of just 330,000 people have been able to progress to a mouthwatering quarter-final clash with France in Paris on Sunday.

Williamson, who left Hibernian’s possible opponents Valur to join Vikingur in December and has since moved on loan to Akranes, told Capital City Press: “I think hoping for it would be the right term, rather than expecting it.

“Honestly, I thought it would be one step too far for them, because England were the big favourites.

“I think they deserved it. If you look at it, Iceland had better chances than England – it wasn’t as though England were peppering the goal.

“What’s their success? There are quite a few differences between Scottish football and Icelandic football, although I think under Gordon Strachan Scotland seem to be trying to do a lot of the right things.

“Strachan did say that until the culture changes in Scotland the results are never going to change. That’s what I firmly believe.

“The culture is so different in Iceland. The attitude to achievement – and not just in football – is different. There’s a far more positive atmosphere to those who achieve.

“And the dedication is big. There are part-time teams way down the leagues who still train six days a week here. These are guys just playing for fun, not really earning any money.

“In Scotland, I was always full-time and we just didn’t train like I think it’s necessary to train.

“It was an old-school mentality and not the way that is really dedicating yourself, in the way maybe a boxer does.” 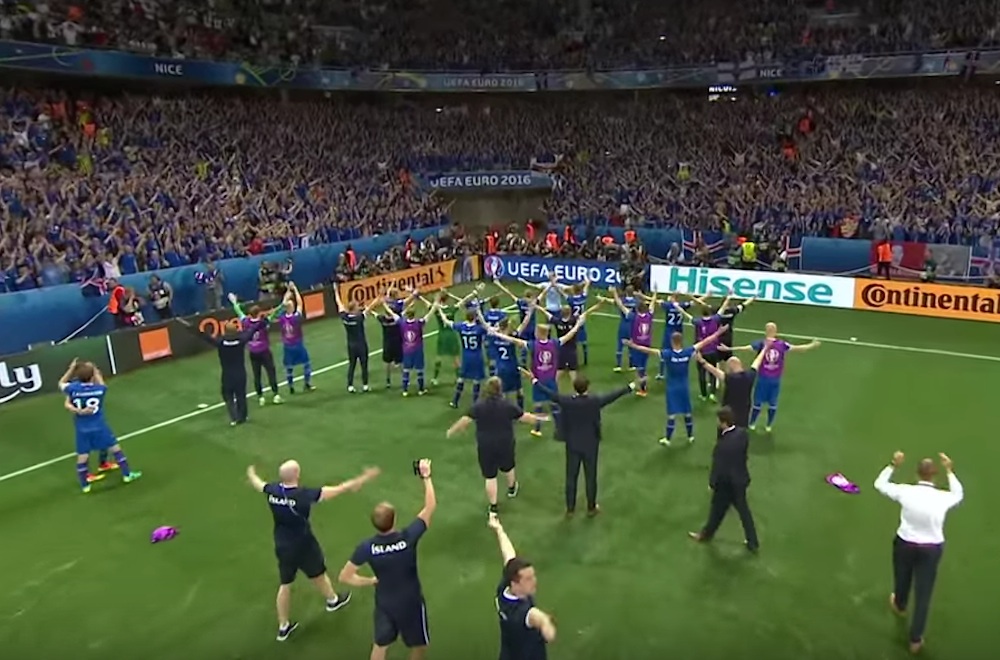 Williamson also believes Scotland would benefit from the summer season that runs in Iceland and allows players to play ‘the right way’, and the kind of indoor facilities players benefit from in the winter.

Youngsters are also given more opportunities to play first-team football at an earlier age, often resulting in them winning moves to bigger leagues in Scandinavia or the Netherlands.

And, given Iceland’s success in beating the Dutch to qualify for the tournament, and their results in the group stage, he insists the dismissive attitude of the English media to the result was ‘disrespectful’ and ‘big-headed’.

He added: “Surely they have respect for a team that’s beaten Holland twice, drawn with Portugal and come second in their group? Surely they weren’t stupid enough to have no respect for them?

“Possibly it wasn’t the team thinking that way but maybe the English media and fans. But when they say it’s an embarrassment, that’s just a bit big-headed.”

Williamson, who has an Icelandic girlfriend, Ingibjorg, is now hoping to savour first-hand the excitement that has swept the nation since qualification for this summer’s tournament.

He said: “The atmosphere in the country is crazy. There were thousands of people down in the centre of the town and there are something like 30,000 in France.

“We’ve now got a couple of weeks off, because we’re out the cup, and half the team is going to go over, myself included, if we can find flights.

“It’s going to be expensive but it’s my girlfriend’s birthday, so it would be a nice present for her. If I can get over, I will.

“It’s going to be a great occasion for the country, especially playing France in Paris.”