Hearts will take a narrow advantage to Tallinn after coming from behind to secure a 2-1 win over Estonian minnows FC Infonet.

The visitors claimed an early lead in sensational fashion when Dmitri Kruglov produced an inch-perfect cross from the left-flank for the excellent Jegveni Harin, who met it full on the volley to rattle the opener beyond Jack Hamilton.

Enjoying their first ever European campaign, and backed by just TWO travelling supporters, the visitors were showing no sign of nerves, with talismanic striker Vladimir Voskoboinikov also stinging the palms of Hamilton. 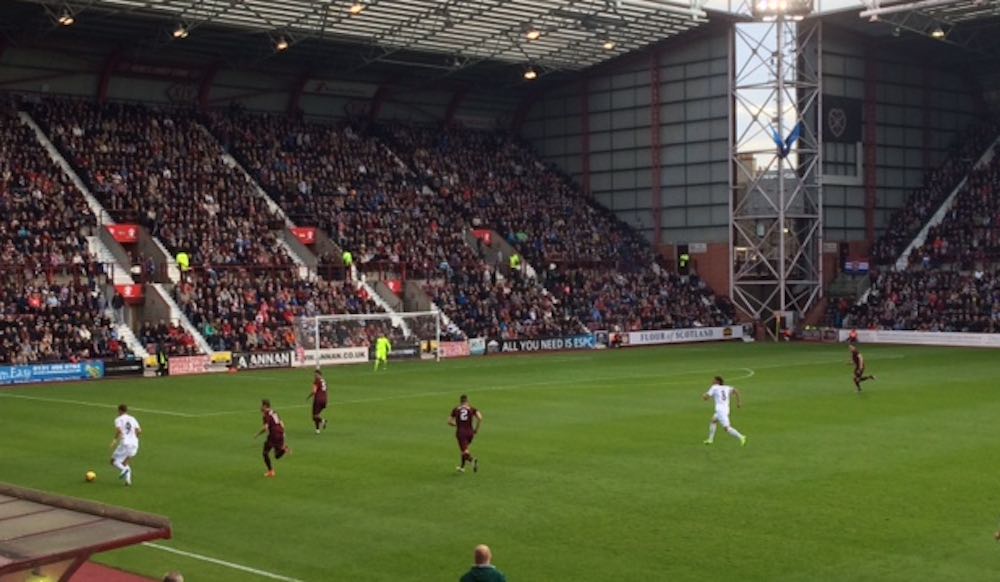 However, Hearts restored parity from the penalty spot after 28 minutes. Vladimir Avilov was adjudged to have blocked a Juanma through-pass with his arm by referee Vilhjalmur Thorarinsson and Prince Buaben did the honours from the spot.

It took just eight minutes for the Jambos to complete the turnaround. A Jamie Walker delivery caused chaos in the Infonet box and, following a Callum Paterson cross-cum-shot, the ball ricocheted into the net off unfortunate skipper Andrei Kalimullin.

Meanwhile, Hearts are no closer to discovering which team they could face in the second qualifying round after Siroki Brijeg and Birkirkara fought out a 1-1 draw.

Maltese outfit Birkirkara scored an important away goal after just 15 minutes through Cain Attard at the Pecara stadium but Bosnians Brijeg equalised on the stroke of half-time through Ivan Baraban.

Should Hearts overcome Estonian side Infonet over two legs in the first qualifying round, they will play the winners in the next stage. Brijeg will travel to the Hibernians stadium next Tuesday for the second leg.