The experienced Cardle scored one and set up three others as the Championship newcomers racked up a confidence-building win.

The visitors were three up before half-time with an own goal from Craig Halkett and efforts from skipper Andy Geggan and Rhys McCabe. 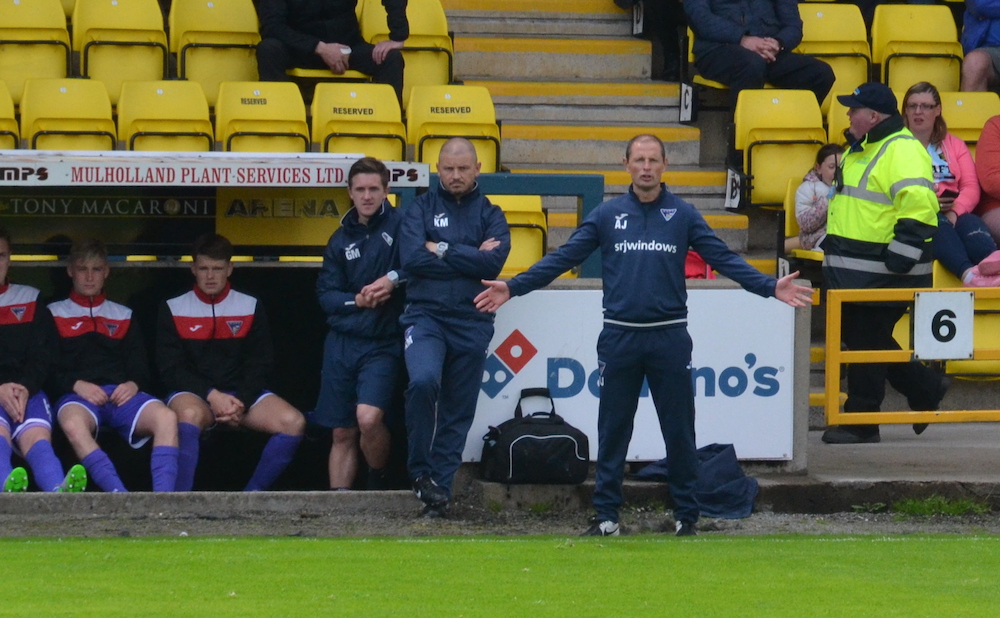 Josh Mullin pulled one back for the Lions after the restart but Cardle and on loan Hearts marksman Gavin Reilly ensured it was a five-star show with further strikes.

Johnston, who brought on trialist forward Mark Beck, was thrilled with the performance and singled out Cardle.

He said: “You can see we’ve got good players, guys like Joe Cardle. You can see that he was untouchable when he plays like that some of his skill was outstanding.

“It was good for Gav to score as well having just joined, he was unlucky with a couple of others as well.

“There was some good finishing and that will do the boys the world of good, it will give them a bit of confidence going into the season.

“There was a lot of good stuff, you can always get sharper but you can’t complain too much when you score five goals.”