JORDON Forster insists he will use Hibs’ historic Scottish Cup success as motivation to drive him on to personal success with the club.

The 22-year-old has penned a new two-year deal to stay at Easter Road after confessing he feared he had played his last game for the capital club.

The former Celtic trainee was farmed out on loan to Plymouth Argyle in January, frustrated by his lack of first-team outings under previous manager Alan Stubbs. 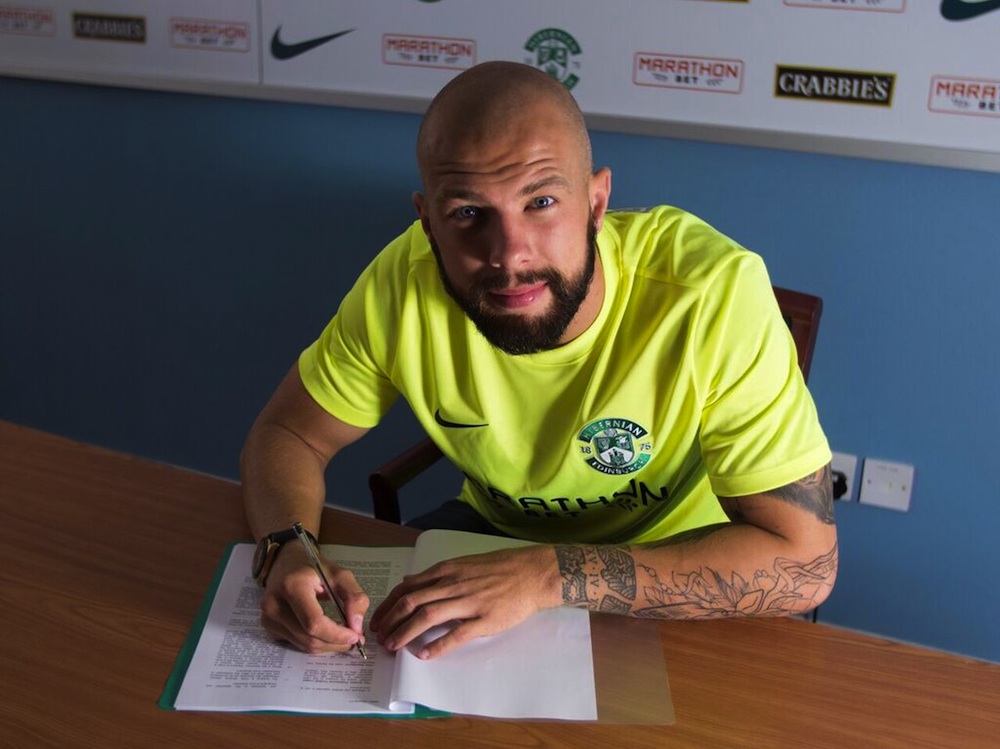 He has admitted it is unlikely he would still be at the club had Stubbs not moved on to Rotherham United to be replaced by Neil Lennon this summer.

And, after being forced to watch Hibs’ famous cup triumph from his temporary flat 500 miles away, Forster admits the disappointment he felt at not being involved in such a memorable moment will spur him on in the coming campaign.

He said: “I’m delighted to sign the new contract. It’s been a long time coming, it’s been in the pipeline for a while, so I’m delighted to finally get it done and to be able to concentrate on football.

“The new manager has come in and said it’s a clean slate for everyone, so hopefully I’ll be able to get some game-time this season and help get the team promoted.

“Every player has their own circumstances but I’m 22 and I need to try to make my name and do something.

“For the boys in there, they’ve all got their names in history for winning the Scottish Cup. They’ve all done something.

“For me, to get promoted is not only for the team but for a personal achievement.

“I was so happy for the boys (winning the cup), as friends, and for the manager and whatnot. It was brilliant to see.

“But, on the flip side, I would be lying to say I didn’t sit for a couple of days (feeling) down to see such an achievement with my own team that I wasn’t there to experience. It was difficult.

“For the boys, it was unbelievable and some of the stories they’ve been telling me have been incredible. I was just delighted for the boys to put their names in the history books.

Now back amongst those friends and team-mates, Forster – who made his debut for Hibs in an Edinburgh derby in May 2013 and played in the Scottish Cup final defeat to Celtic just days later – is eager to grasp his new chance.

Forster, who suffered the disappointment of Plymouth losing in their promotion play-off final nine days after Hibs’ cup victory, added: “It’s not just the cup final, but being away from home on my own for five or six months that will motivate me.

“As much as I learned on the football side, how different the leagues are and different ways of playing football, I learned more about life and appreciating what you have on your doorstep.

“Being away from family and friends makes you appreciate what you have when you don’t have it any more. As a life lesson as well, I learned to appreciate what we have at Hibs – the training centre, the stadium, the fans.”