NEIL Lennon insists he is happy with his start as Hibs manager – because he got used to losing pre-season friendlies with Celtic.

Lennon’s reign got going with a 1-1 draw away to League Two side Berwick Rangers at Shielfield Park.

Jason Cummings gave his new boss a dream start on his return to Scottish football when he swept in the opener after just 12 seconds. 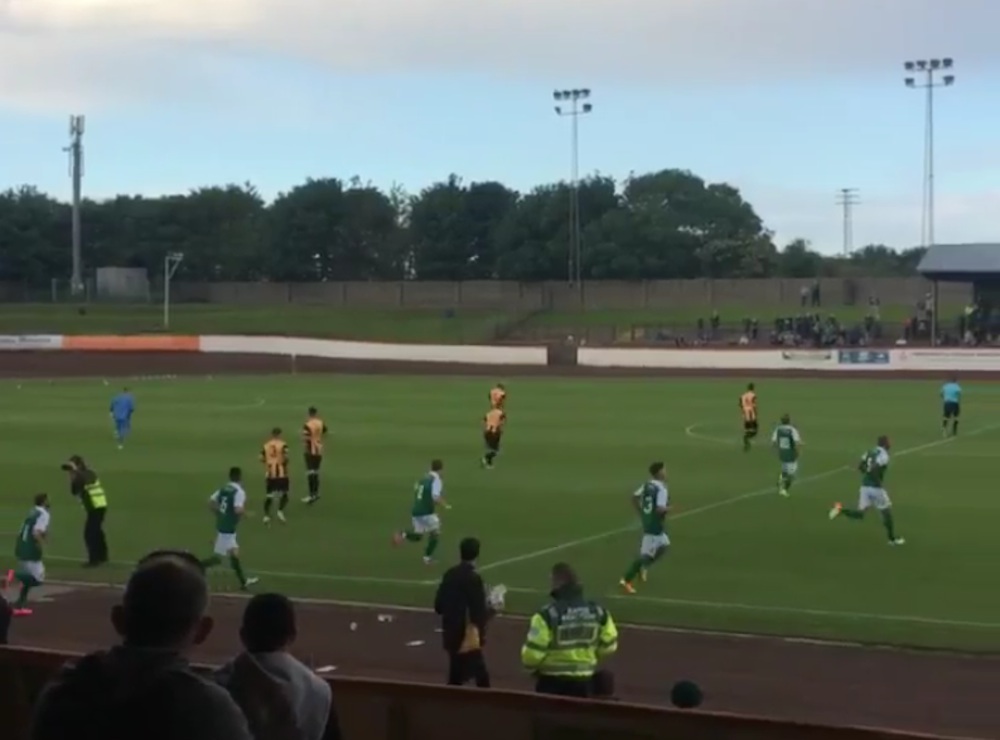 In an explosive opening, efforts from Martin Boyle and John McGinn struck the crossbar, whilst Scottish Cup final hero David Gray was also denied by the woodwork in the second-half.

A Michael McKenna equaliser midway through the first-half took the gloss off Lennon’s bow but he declared himself content enough with a display that saw him give game-time to 22 players.

He said: “I’m pleased. The fitness levels were good, we created plenty of chances and dominated the majority of the game.

“I normally lose my pre-season games – I did with Celtic quite a lot!

“So, I’m very, very happy with the work-out, and everyone got a run-out, which is important.

“It was a great start to the game. I asked them to make a good start, but I didn’t think it would be that good!

“Then, we hit the bar a couple of times as well.

“Our football was decent but, with the changes, it dilutes the quality a bit sometimes and the flow of the game, but overall I was quite happy with it.

“I can’t be over-critical or overanalyse it too much because we haven’t really got down to working on the finer things in the game yet. It’s just about fitness levels, really.”

Defender Jordon Forster, fresh from penning a new two-year contract, and striker James Keatings missed out through injury but new signing Grant Holt made his debut.

The Norwich City hall of fame member was denied a goal by the linesman’s flag, but Lennon was also happy with the 35-year-old’s contribution.

Lennon added: “Grant did well, he looked alright, considering he’s had a few days off to sort out a few things back down the road. We were pleased with his contribution.

“He linked the play up well and he got on the end of things too.”