Hearts starlet Dario Zanatta insists he will not wilt in the Mediterranean sun – after starring in the searing temperatures of Texas.

The stifling heat will be one of the biggest challenges facing the Jambos on Thursday evening as they travel to face Matlese outfit Birkirkara in the Europa League, with the mercury likely to hit around 30 degrees at pitch-side.

Head coach Robbie Neilson has already confirmed that his tactics and tempo will be tailored to the conditions, with humidity also likely to be a factor. 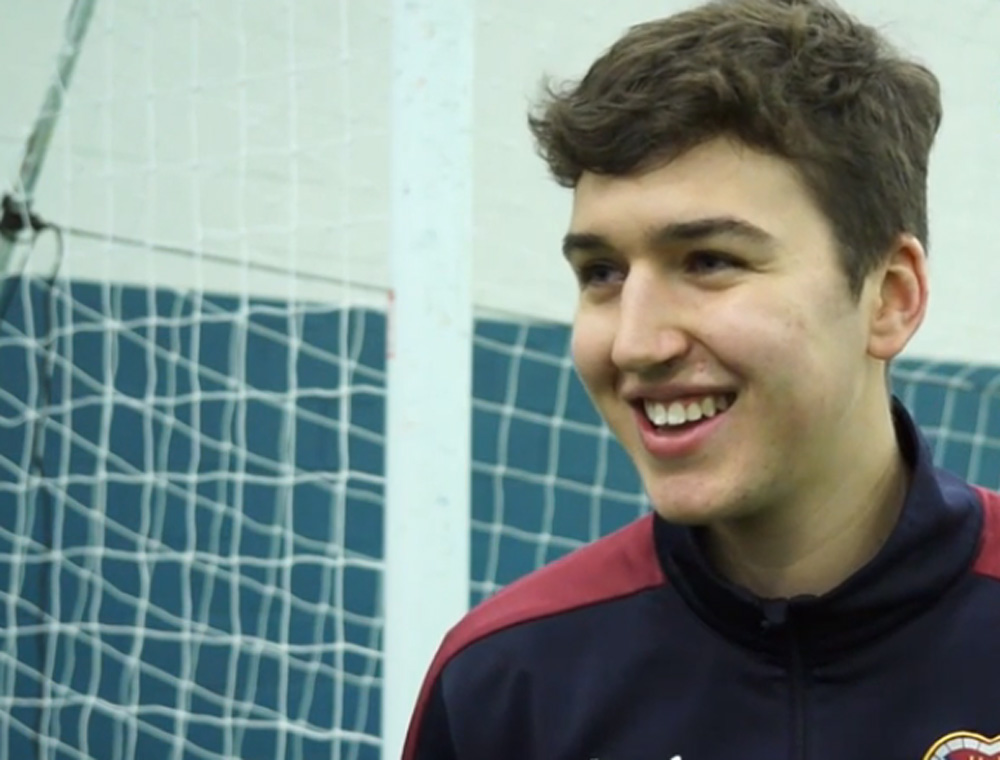 However, if Zanatta gets the nod this week he is adamant he can use his experience of a melting Mexico City and the Houston heat to turn in a dazzling display.

“The heat will be nothing new for me,” he smiled. “I have played in tournaments in Texas around this time of year when I was at Vancouver Whitecaps. I know the challenges when it is so warm.

“It is never easy when it is 30 degrees and there is a lot of humidity but it is the same for both teams and I don’t think we should use that as an excuse.

“I’ve played in Mexico in those temperatures, too, and it is something you need to be prepared for.

“There are times you need to conserve your energy, you might feel the pace and be a little out of breath, but I feel like you still need to play your own game.

“You need to stick to what you’re good at and do what the gaffer wants from you and, of selected, that is what I’ll be doing.”

Zanatta is hopeful a sensational run to the Europa League group stage with the Jambos can ignite his burgeoning international career.

The gifted 19-year-old has been a regular for the Canucks’ under-20 side and recently turned in a fine display as they claimed a shock 2-1 win over their England counter-parts, including Manchester United superstar Marcus Rashford.

Zanatta admits one of his burning goals is to make the final step up to Benito Flores’ senior side, who are currently in the midst of qualification for the 2018 World Cup, and knows catching starring in Europe is a sure-fire way to catch the eye.

“It’s definitely my goal to play for the full national team,” said Zanatta. “If I can be involved in the Europa League and help Hearts progress to the group stage then hopefully that would put me in a good position to get a senior call-up.

“I am involved in the under-20s at the moment and I feel like if I keep getting called up at that level then I am clearly doing something right and in the coach’s thoughts.

“Getting regular football is the most important thing at this stage and if I can do that, and keep progressing, then hopefully my first call-up is not too far away.

“This is only my second season in Scottish football, so to be part of the squad in the Europa League is something I would never have thought would happen. I am just hoping I get my opportunity to show what I can do.”

Zanatta was one of the few players in the Hearts on show against Dunfermline on Saturday to improve their chances of facing Birkirkara on Thursday, with Don Cowie another.

An Andy Geggan brace and a low drive by Joe Cardle condemned the Jambos – who made 11 changes from the side which defeated Infonet 4-2 in Tallinn – to a 3-1 defeat in Fife. Zanatta netted the consolation for the visitors from the penalty spot.