New Hearts goalkeeper Viktor Noring admits serving an apprenticeship under Fraser Forster at Celtic has given him the platform to compete for the gloves at Tynecastle.

The Swede spent the second half of the 2012/13 season on loan at the Hoops from Trellebogs FF and insists his time in Glasgow was an eye-opening learning experience.

Despite failing to make a single appearance for then manager Neil Lennon, the 25-year-old reckons his temporary stint at the club, which coincided with Celtic reaching the last 16 of the Champions League, was anything but a waste of time. 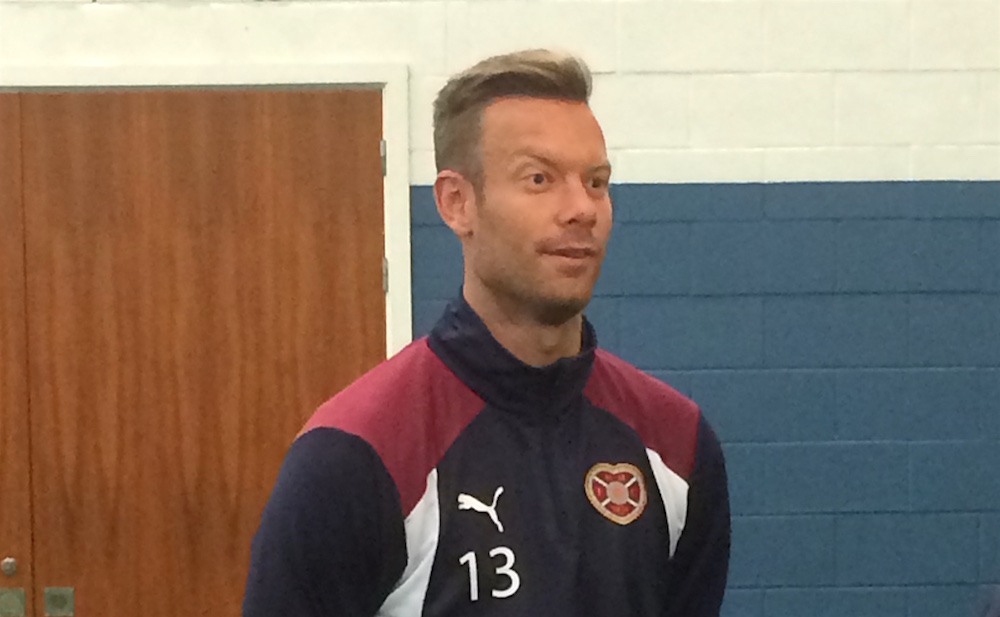 Noring has been challenged by head coach Robbie Neilson to fight for the number one jersey with Jack Hamilton after moving from Danish outfit Lyngby on a two-year deal and the shot-stopper reckons his past experiences of Scottish football will stand him in good stead.

Noring, who has also played for Malmo, Bodo/Glimt and Heerenveen, said: “When I joined Celtic they had a really good squad with some good goalkeepers, so for me it was to go there and get some experience and learn from it.

“It was the first time I’d moved away from Sweden so it was a way to try to establish myself there.

“But it was a good feeling for me.

“Fraser Forster was there and he’s really good goalkeeper, in the England squad.

“I learned a lot when I worked with him and with the goalie coach (Stevie Woods) there.

“Even if I was just there for six months and had a chance to stay there, maybe it was better to find somewhere else for me to play.

“I knew Fraser was doing really well and Lukasz Zaluska was a very good backup.

“I knew it was going to be tough for me to play there so that’s why I left.”

Scotland squad goalkeeper Hamilton is currently in possession of the gloves at Hearts and is set to keep his place for Thursday’s Europa League second qualifying round clash at Maltese side Birkirkara, but Noring plans to apply pressure in training.

He said: “I’m hungry to play, every footballer wants to play. Jack has been here a few years so it’s been hard for me to play in the Europa League games.

“It’s about coming in and settling in and try to perform on the pitch when I get my chance.

“That’s why I came here because it’s a good level and if you start playing you can get good experience and learn a lot.

“In the last couple of years I’ve not been playing as much for different reasons, I was a bit unlucky not to get the chance to show myself.”

Noring admits he will not forget the experience of being part of a 60,000 Celtic Park crowd on a European night.

Juventus delivered an Italian masterclass in a 3-0 victory in the last 16 of the Champions Leagues just 24 hours after Noring made the switch to Parkhead.

He added: “When I was at Celtic it was the time they were in the Champions League.

“The funny thing was I think I signed then the first day after was the first game against Juventus at a full Parkhead.

“It was pretty impressive to see the crowd and everything like that. It was less a disappointment to not be involved, it was more a learning experience to see what you can become in the future.”