FOO Fighters legend Dave Grohl is a fan of Still Game – according to one of the show’s leading characters.

Sanjeev Kohli, who plays shopkeeper Navid, revealed there’s a rumour circulating about the former Nirvana drummer’s love of the show.

Fans suggested Grohl was introduced to the comedy show because the roadie in charge of looking after his guitars is from Scotland.

Posting on Twitter last night, the 44-year-old wrote: “There’s a rumour going around that Dave Grohl is a fan of Still Game. Really hope this is true.”

One of Kohli’s fans, Barry Burns, added more fuel to the rumour saying: “His guitar tech is from Giffnock so…”

Dozens of fans took to the post to tag the rockband into the conversation and ask if the rumour was true.

And Chris Monks said: “Why on earth wouldn’t he be?”

While other followers urged the iconic rockstar to make an appearance in the hit series’ upcoming seventh series.

Alex Renquist wrote: “?Get him in for a celebrity cameo.”

The comedy series has already had guest appearances from Doctor Who actor Sylvester McCoy and Harry Potter star Robbie Coltrane. 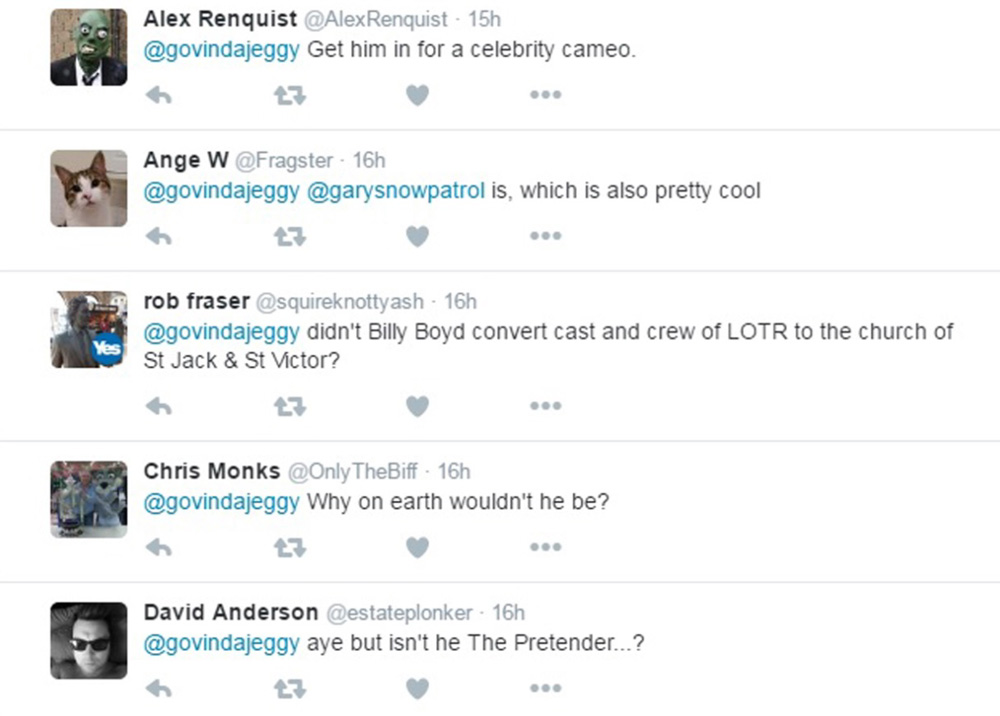 Sean Connery and Bill Nighy are also said to be fans having expressed interest in appearing on the show.

Navid is currently filming the new series with the rest of the cast including Glaswegian pensioners Jack and Victor – played by creators Ford Kiernan and Greg Hemphill.

The team were last week spotted at the BBC Dumbarton studio filming the new series – the first in nine years.

Cameras rolled as Jack, Victor, Navid, Tam, Isa, Boabby and Winston got into costume at the shows new home.

Fans can expect to watch the first episode in autumn this year.