Hibernian winger Martin Boyle has vowed to test the defensive mettle of Brondby tomorrow night after insisting the capital club have nothing to fear from their trip to Copenhagen.

On first glance, Neil Lennon’s side face an uphill task against the Danish giants as they aim to tee up a Europa League third qualifying round clash with Hertha Berlin, having succumbed to a 1-0 defeat last week.

They slumped to the reverse due to a mistake after just 15 seconds by rookie goalkeeper Otso Virtanen, with the young Finn spilling a tame shot to allow Kamil Wilczek to tap in from close-range. 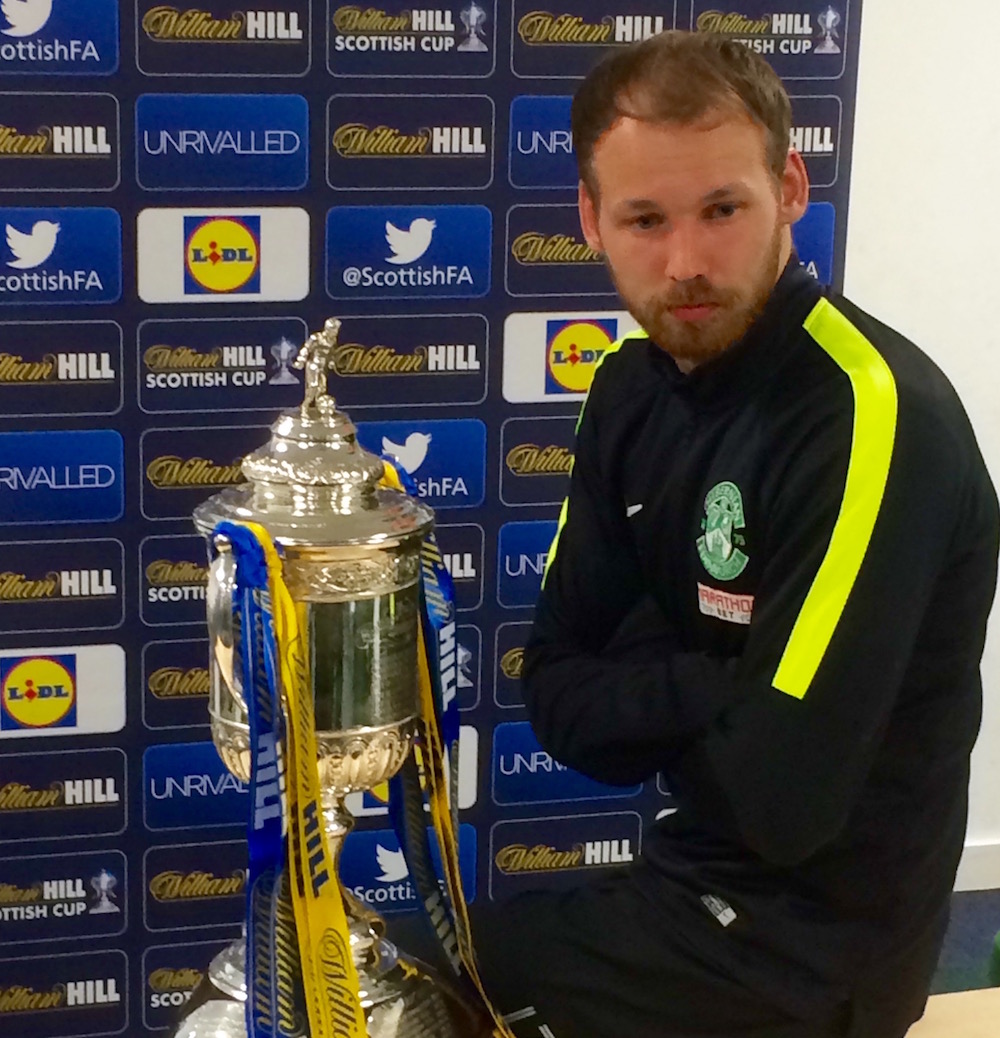 Nevertheless, Hibs’ response was laudable and, but for an erroneous offside flag, would have equalised when Jason Cummings finished off a superb cross by Boyle just before the half-hour.

Given the encounter was a mere fortnight into their pre-season campaign and the first competitive outing under new boss Lennon, Boyle sees plenty of cause for cheer ahead of tomorrow evening’s second leg in Copenhagen.

“No way is the tie over,” insisted the former Dundee man. “We can take a lot of positives from the first leg, I thought we played very well considering we were only a couple of weeks into pre-season and trying to find our legs.

“I think we can go over there, there is nothing to fear and we’ll give it a good go and attack them.

“I thought I did okay, personally, but I thought the entire team was brilliant. We pressed as a team, we got balls into the box and got at them. We played some really good football.

“We know it will be very hard, but [Europa League] is a new experience for us and we are really looking forward to going away.

“I’m sure the Brondby fans will be trying to get on our backs form the start but when you step onto that pitch it is just a game of football and it will come down to how well we play.

“This is a great experience, this is the stage we want to be playing on and, if we play the way we did at Easter Road then, there could be plenty more nights like this.”

Boyle, 23, insists he was not surprised by how well the Hibees responded to a catastrophic start against Alexander Zorniger’s side.

Hibs bounced back from an early deficit against Motherwell in their final warm-up game of pre-season before roaring back to claim a 4-1 win, while they secured a first Scottish Cup triumph since 1902 by coming from behind to beat Rangers in May.

And the versatile forward believes the mental strength in the Easter Road dressing room is unquestionable – and will stand them in good stead as they seek to upset the odds in the Danish capital.

“People have seen our mentality before, against Motherwell where we conceded an early goal but fought back to win,” he continued. “You saw it throughout last season as well.

“It is something the gaffer is going to drill into us. It is up to us not to concede slack goals but the mentality and togetherness to fight back is absolutely there.”

Boyle will hope to get the nod on the right-flank again tomorrow evening after turning in a lively, direct display in the first-leg, which would have heralded an assist if Cummings’ strike had not been ruled out.

He tormented Denmark under-21 left-back Patrick da Silva and admits he is relishing the prospect of cementing his place on the wing under Lennon.

Boyle told HibsTV: “It’s a position I played a few times last season and I chipped in with a few goals and I feel like I can offer a lot down there with my pace and the gaffer seems to be a believer in me.”