Birkirkara head coach Drazen Besek has warned Hearts that they are in for a fight at Tynecastle this evening as the Maltese club bid to create history.

The second qualifying round tie is evenly poised following last Thursday’s goal-less first leg but Besek insists his team will not be so submissive after being happy to keep Hearts at bay in Malta without offering any attacking threat.

But as Birkirkara, who were beaten by West Ham on penalties at the same stage last season, attempt to become the first club from their country to reach the third qualifying round, Croatian Besek insists their tactics in Gorgie will be different. 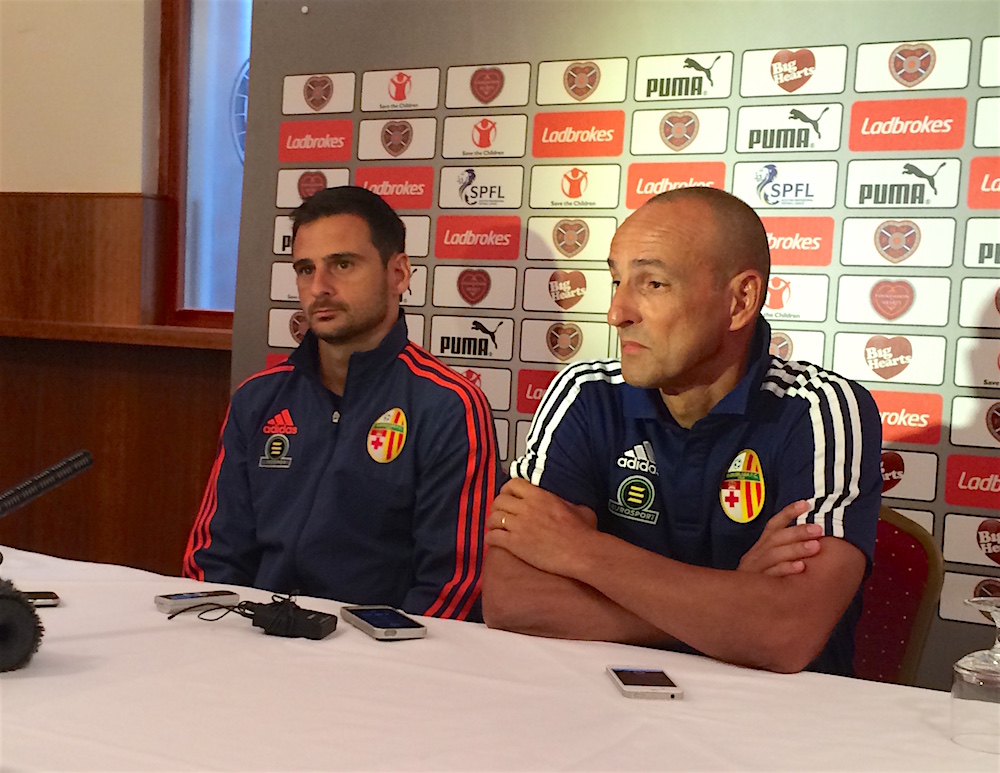 He said: “I spoke with my players about my game plan.

“We expect big pressure from the home team, that is normal but we didn’t come here to wait until they score. We came here to fight, to make something good happen for our people from Malta.

“We are proud because we came here with a good result.

“The first half finished in Malta and the result, for us, is a great achievement. We know we are not favourites but we came here to fight for our future. We will see what we can do on the pitch.

“In football, everything is possible and we know this. It’s very difficult to say who will win because they have quality.

“What is quality? We are confident. We know what we can do and this game is important for our future.

“I think only about my team and what we can do. That is all. Hearts have quality in some players but all teams have some quality.”

Captain Gareth Sciberras, meanwhile, insists Birkirkara, the last survivors from Malta in both European competitions, are carrying the hopes of a nation as they bid to progress into unchartered territory.

The Malta international midfielder said: “If we do go through it’s the first time for a Maltese club to go through to the third round. For the whole country it will be a big achievement.

“In the last couple of years Maltese clubs have been doing fairly well in Europe, we’ve been getting a lot of respect from other teams we play.

“On Tuesday we saw Valletta having a very good performance against Red Star Belgrade in a 2-1 defeat.

“There’s a lot of excitement now and we’re the last team in it, people are sending a lot of messages and hopefully we can give them something to cheer about.

“Every game has it’s special moments and coming here to Scotland and having a real shot to qualify for the third round is a big achievement not only for me, but even for the younger players.”

The 33-year-old added: “Our aim in the first leg was to keep the tie alive coming to Edinburgh and having a good shot at the tie.

“From the beginning of this campaign, from our first game in Bosnia, I think the team has grown in confidence and we believe in our abilities.

“We are a new squad and these games help us to get to know each other a bit more.”