The 22-year-old has not played a competitive game since April 2015 after missing the whole of last term with a devastating cruciate knee ligament injury.

He featured against Berwick Rangers and Edinburgh City this pre-season as he sought to fight his way back into the first-team. 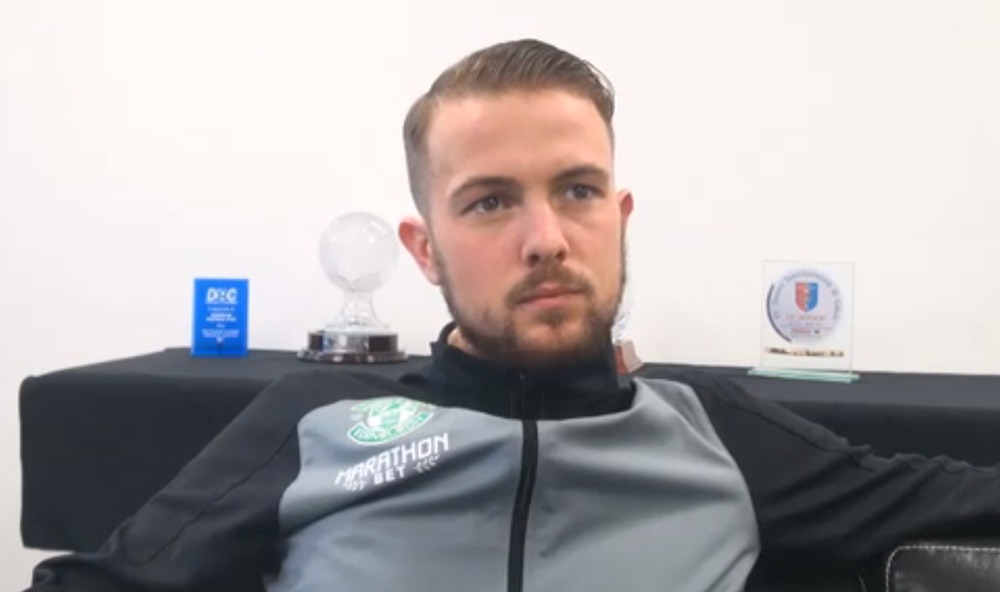 However, Handling watched Hibs’ 1-0 win over Birmingham City from the stand yesterday and required crutches to walk.

Lennon revealed he has suffered an injury to the same knee which plagued him last year and, while it will keep him out for the start of the campaign, he is relieved the knock is not something more serious.

He said: “Danny has taken a bang. It is not a cruciate problem, it is more an issue with the cartilage, so we are looking at four to six weeks. He isn’t having much luck at the minute.

“It is the same knee he had the problem with last year but it is not as sinister as it could have been.

“Sometimes when you have these long-term injuries you can get additional little niggles and bangs. He as just taken a little twist and, at first, we thought ‘oh, he’s in trouble again’ but thankfully it’s a different issue.

“I’ve seen it before with other players, and I was out a long time myself, but he has time on his side and we are in no rush to get him back, we will rehabilitate the right way.”

Meanwhile, James Keatings bagged the only goal of the game at Easter Road yesterday as a Hibs side showing ten changes from their Europa League exit at Brondby defeated Birmingham, with Martin Boyle also hitting the bar.

“To go out there and stake their claim for a place – that was the challenge we threw down to them at the start of the game and none of them disappointed,” lauded Lennon.

“I’m really pleased. I got everything I wanted from it. The condition of the players looks really good and the football was great. It was a very high standard.

“It’s pre-season and difficult to gauge where Birmingham are compared to us but, judging my own team, there were a lot of really good things to come out of that game.

“I hope it will be a busy week in terms of getting people in – but I’ll be loathe to take players out after what I saw against Birmingham.”