FALKIRK manager Peter Houston admits he does not expect to see a penny of Will Vaulks’ transfer fee – but insists he could not have held back the Rotherham United signing.

The 22-year-old Englishman returned south of the border on Friday after Falkirk accepted a reported £300,000 bid from Alan Stubbs’ Millers.

Houston immediately moved to snap up freed Dundee United midfielder John Rankin in his place but has confessed that Vaulks’ departure leaves a void. 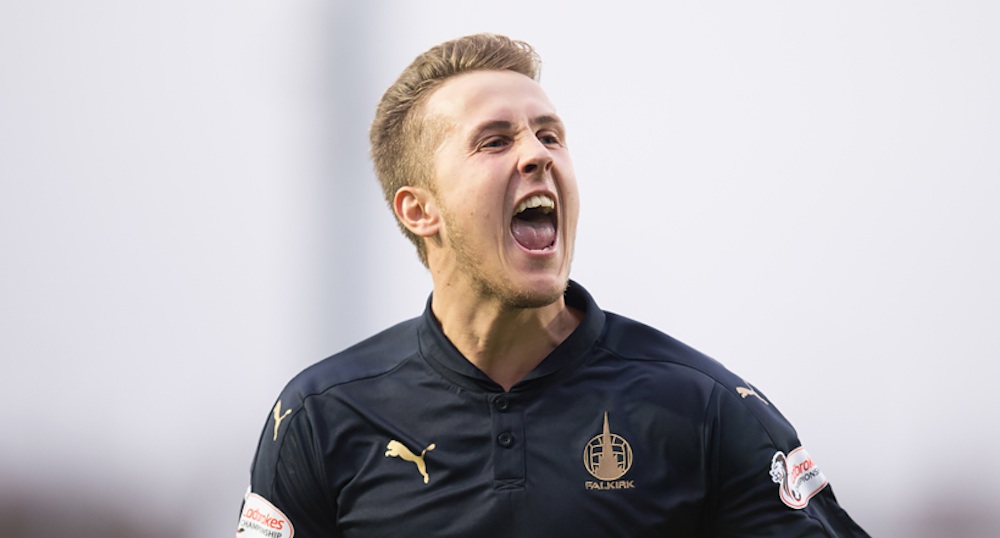 The versatile former Tranmere Rovers player made almost 150 appearances for Falkirk and became a firm fans’ favourite with his committed displays and 14 eye-catching goals – and somersault celebrations.

He told Capital City Press: “Will’s a loss. There are good players in different positions, but Will gave you fitness, energy, enthusiasm, shooting prowess and he was a good all-round player.

“He was in the last year of his contract and probably wouldn’t have signed a new one anyway, so when they made a bid it means the club are in a good, solid financial position because they have sold a player.”

Whilst Falkirk have benefited financially as a club from selling Vaulks, who had previously been linked with interest from Rangers and Hibs, Houston will not be able to suddenly return to the transfer market.

He added: “I won’t see any of the money.

“I think we might have been slightly over-budget compared to where our levels are, so that money will probably be put to better use, I would imagine.”