ISRAELI goalkeeper Ofir Marciano has jetted in to Edinburgh to put the finishing touches to his loan move to Hibernian.

Manager Neil Lennon has identified the Ashdod player as his new number one for the coming season after making a new goalie his priority in his summer transfer dealings.

Finnish youngster Otso Virtanen’s costly mistake in the Europa League defeat at home to Brondy cost him the chance to stake a claim for the jersey, whilst former Raith Rovers custodian Ross Laidlaw could still get the nod for Saturday’s clash with Falkirk after impressing so far.

However, 26-year-old Marciano – who has 10 caps for Israel and spent last term on loan at Belgian outfit Mouscron-Péruwelz – is poised to be unveiled as the third signing of Lennon’s tenure following the arrival of Laidlaw and striker Grant Holt.

After arriving in the capital on Monday, Marciano revealed he consulted close pal and former Ashdod team-mate Nir Biton before deciding to accept Hibs’ offer of a move to Scotland.

“I talked with him and asked him a lot of things about Scotland and the league, and he told me it is the best place for me.”

Dudu Dahan, the agent responsible for bringing Beram Kayal, Efe Ambrose and Biton to Celtic in recent times, also represents Marciano and is hopeful the move will work for both parties.

He tweeted: “Marciano will love to be Hibs’ guy.” 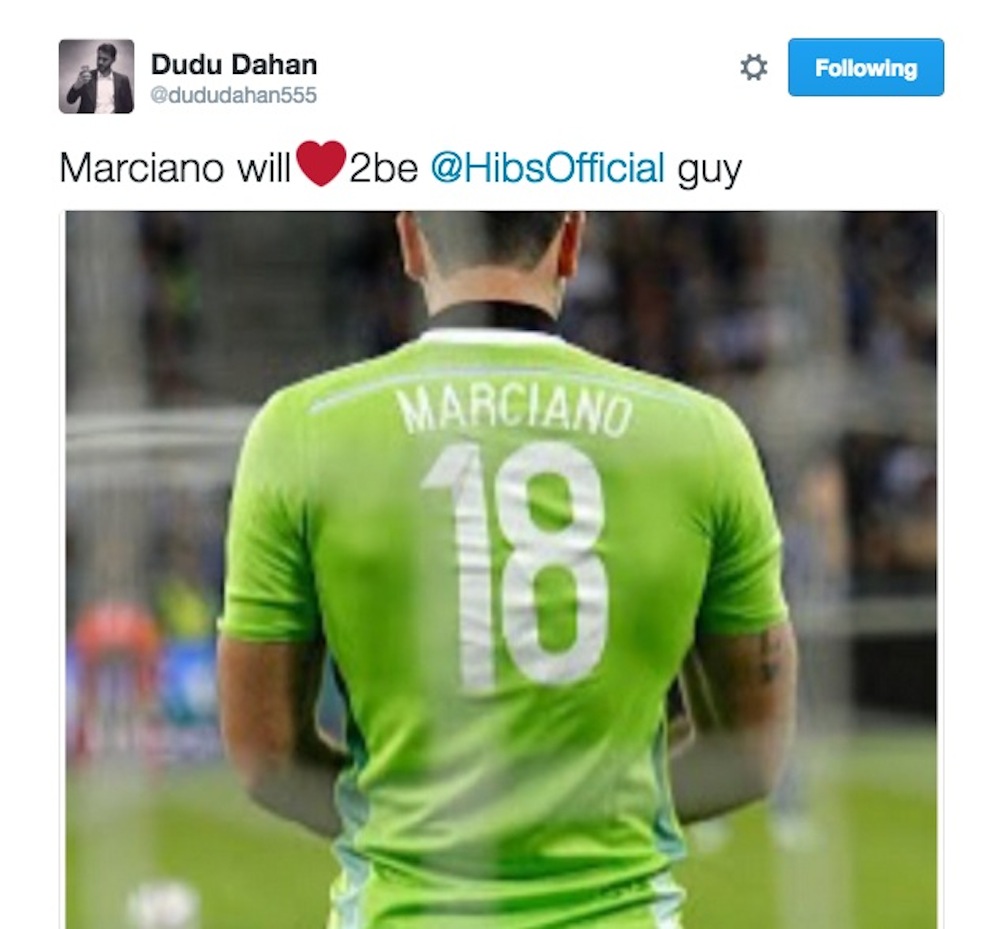 With Marciano on his way in, Lennon is also confident of having three key players restored to fitness in time for Saturday’s trip to face expected title rivals Falkirk.

Skipper David Gray has been sidelined since injuring his shoulder in the 1-0 second-leg victory over Brondby in Denmark 12 days ago, whilst midfielder Dylan McGeouch missed Sunday’s 4-1 win away to Shrewsbury Town with a hamstring problem and Marvin Bartley has also been struggling since the trip to Brondby.

However, with the Easter Road outfit looking to get their promotion bid off to a flier against the Bairns, who pipped them to second spot last season and won their subsequent play-off semi-final, Lennon expects to have the trio available for selection.

He said:  “We’re hoping David, Dylan and Marvin will come to the party this week. I’m not too concerned about their physical status.”

Meanwhile, Hibs have sold out their tickets for Saturday’s encounter with Falkirk.

The remaining briefs were snapped up by fans on Monday morning to ensure the Scottish Cup winners will be roared on by a full away end as the league season kicks off.

‘I thought it was a wind-up,’ Stevie Mallan on Turkey adventure